Ytherin is a rare and magical metal, mined in the depths of the earth and prized for its unique properties. Namely, for its nature as one of the few materials that cannot be replicated by magic.   Ytherin has a slightly luminescent silver-blue colour, and is relatively easy to manipulate. It carries most of the properties of iron, with the addition of a slight magical aura and the inability to be replicated with spells unlike pure iron ore. The metal is used primarily for currency on Macalgra, since the 29th century agricultural collapse devalued traditional gold, silver and bronze coinage. It has some other uses in jewelery and magical storage, but Ytherin holds few special qualities besides appearance and rarity.   Most Ytherin is acquired from the Dorcia, but it also mined along the equator - often found in the same areas as Vis deposits. Ytherin used in commercial applications is obtained by alloying silver with the raw metal.

Ytherin is silver-blue, and dully luminescent in the dark. Infused with magic, it will glow brighter than naturally found. It is often polished to an impressive sheen that equals that of silver.

Ytherin forms naturally in veins, where Aether has concentrated into a metallic form. It may also form the crystalline Vis, which is usually formed when Ytherin melts and cools slowly enough to crystallise. Ytherin is usually found at depths where pressure was high enough to compress the pure aether into physical form. 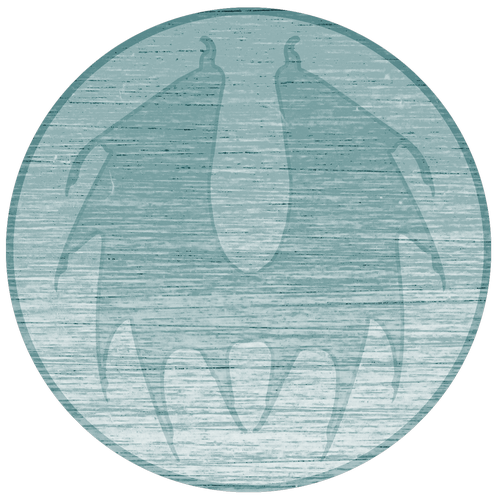 A Ytherin coin used in the Sura Empire, produced by the Neratoria Cunia.

I know it is a bit silly, but I absolutely adore any metal that has a blue-hue. On to serious commentary,   Being that it has similar properties as iron, can it be forged into a "magical steel" or related alloys? I imagine making weaponry of it may be of use for the luminescent property. Additionally, has anyone tried enhancing that natural property to perhaps make "metal glow sticks"?