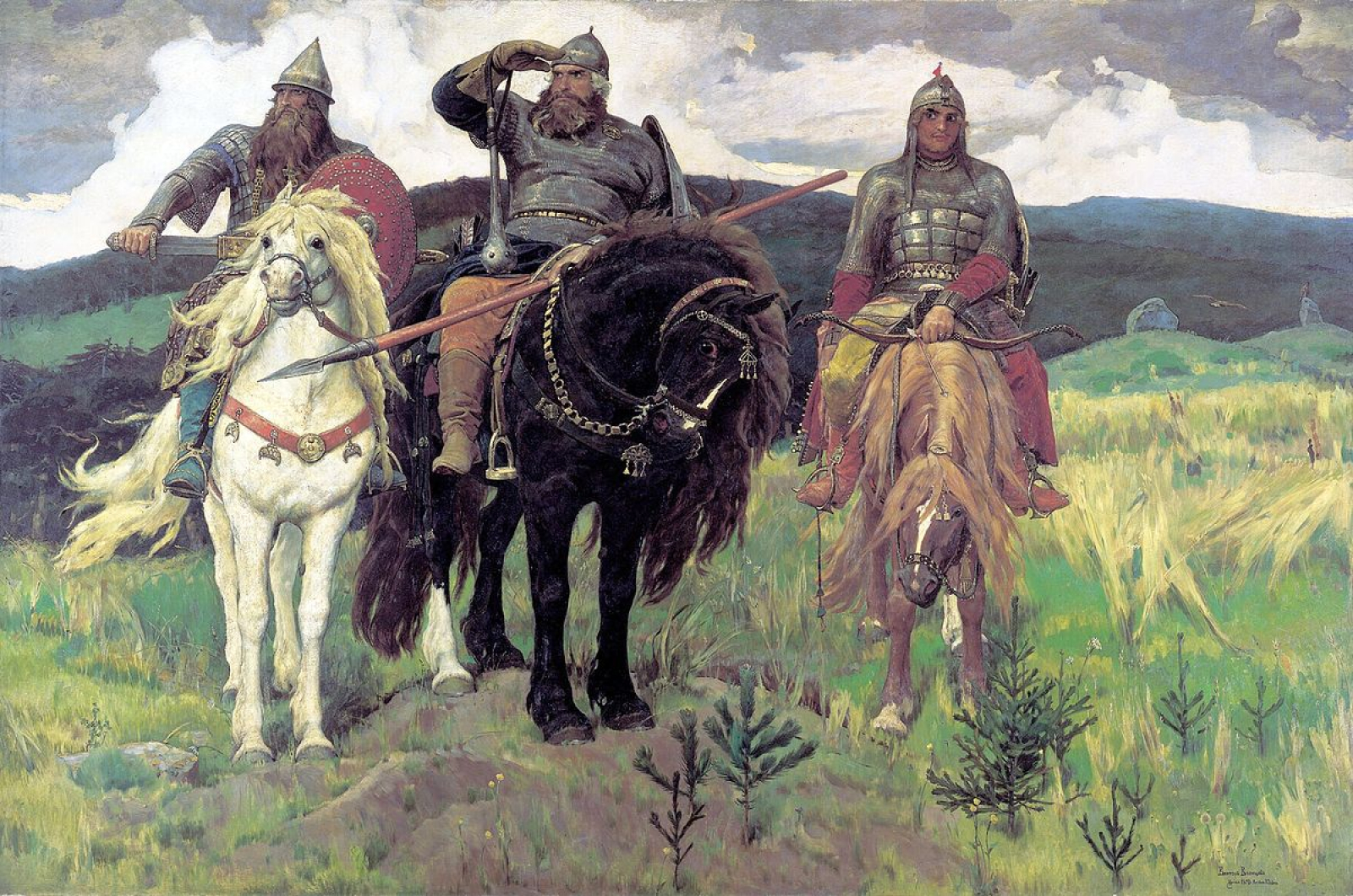 The bogatyrs are the ancient protectors of the land of Nor' . They are not, strictly speaking, a military order, simply being individuals who are born with extraordinary powers, and capable of incredible feats of strength and martial prowess. They have a special connection to Moist Mother Earth, and may be her descendants. Some of the early bogatyrs were non-human, and their earliest known exemplar was a huge volot named Sviatogor. For the past five centuries, however, they have been predominantly human and also professed the True Confession. At the start of the period, they were also organized in a company owing fealty to the Grand Prince of Dubno. Their main function was to defend the land against hordes of steppe nomads, and indeed, the bogatyrs adopted many steppe military tactics, and were particularly adept riders. After Dubno declined, they went into service for a host of different princes of the Alferovichi line.    The last time they functioned as a unit was during the time of the Kochmak invasion of Nor' over a century ago, in the service of the Grand Prince of Bogumil. Legend has it that they won the battle against the main Kochmak invasion force, but then, owing to expressions of unbridled pride, they were cursed, and vanished into a cave. From that time on, there were no bogatyrs in the Land of Nor' (or at least, the chroniclers do not speak of them). However, recently, the Serpent Slayers were sent to the Cave of the Sleeping Bogatyrs outside the village of Vladykino in order to seek them out, and possibly, to revive them, to fight off the predations of Grey Wolf and his minions. They did locate a number of petrified bogatyrs, and managed to revive two of them - Stavr Godinovich and Dunai Ivanovich.   It is said that the steppe peoples have bogatyrs of their own, which they refer to as batyrs. The majority of them follow the cossack path, while the Norik bogatyrs traditionally followed the more agriculturally-oriented path of the oratai. Today that simple division is not necessarily accurate, but traditional stereotypes still survive.
Type
Military Order