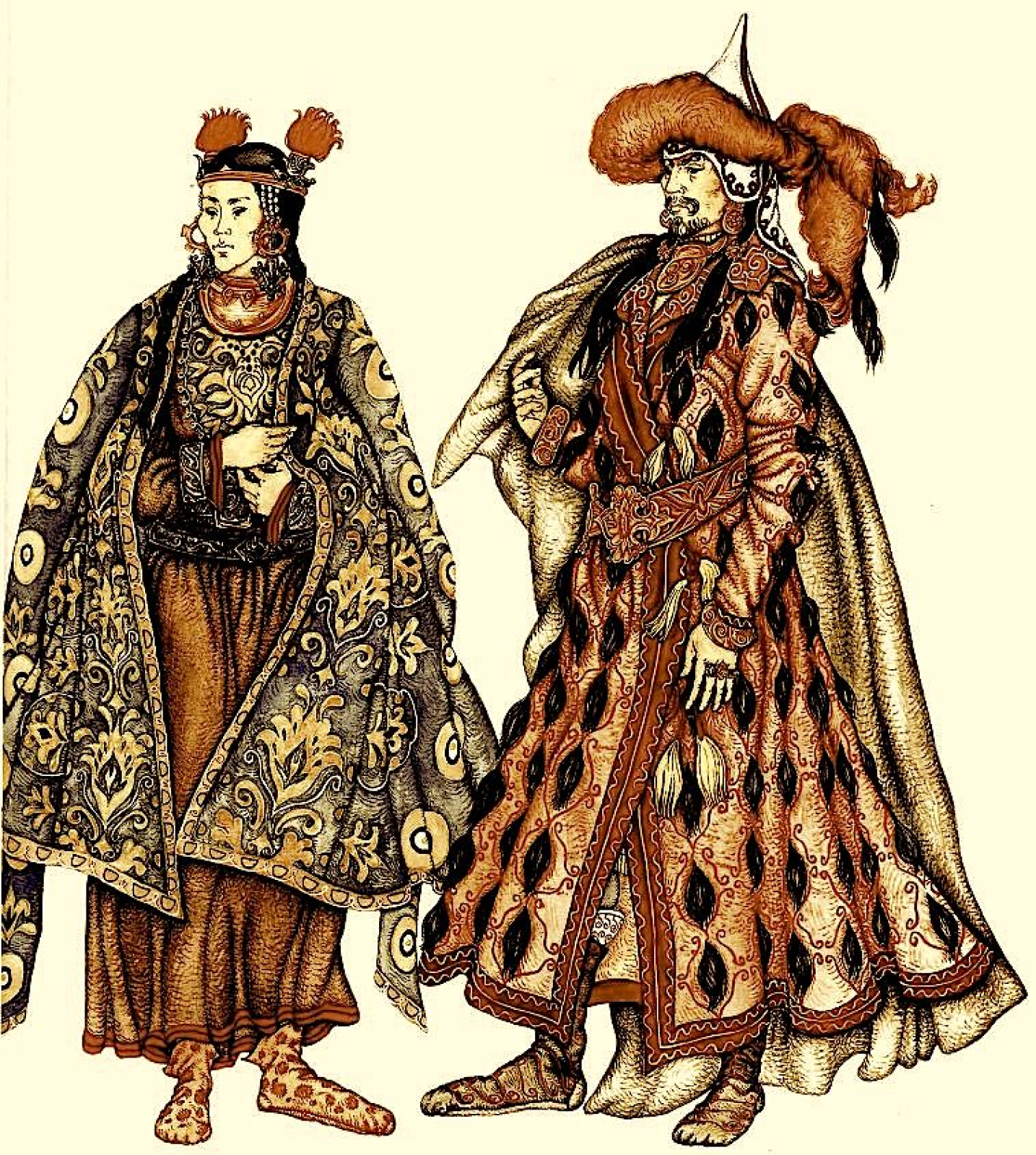 Patronymics are formed by putting uly or olu after father’s name for males, and qyz for females.