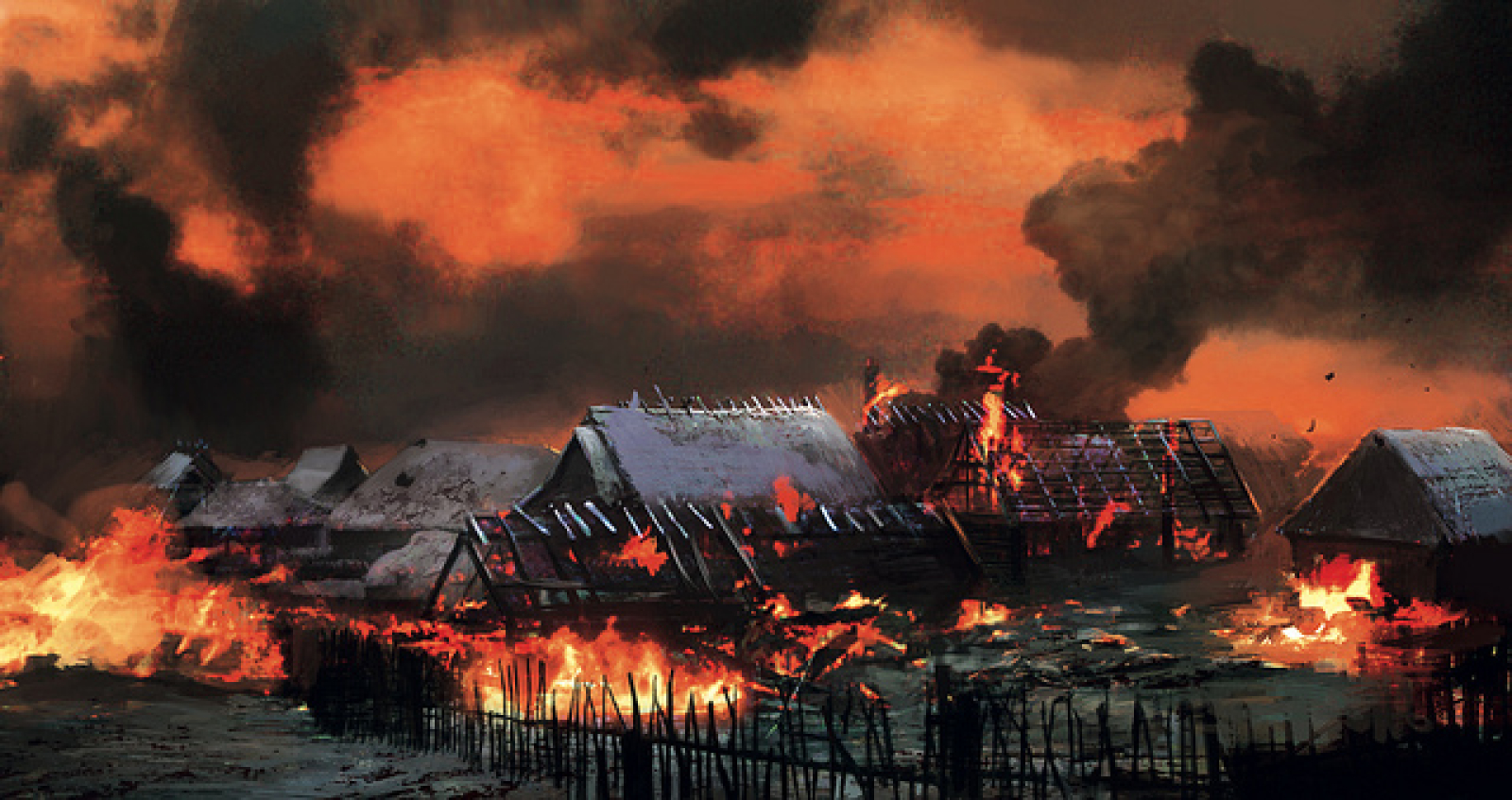 Vladykino [pronounced vlah•DIH•kih•noh] was a relatively prosperous village in the Ladeisk Principality. The village was property of the Archbishop of Ladeisk, for whom it was named (vladyka means 'a prince of the Church'). At its height, it was home to several hundred people. The village was founded roughly three generations ago, but it really took off after Zbigniev Dragutinovich and some foreign artificers built a mill a verst away from the village. The mill fueled Vladykino's economy, and people said that it milled gold and silver out of thin air. Trade was also sustained by the book binding workshop administered by the monks of Sts. Vasilii and Feodor abbey. Vladykino had a horse breeder, a record hall, and a wise woman who lived on the edge of town.   Vladykino was the home of Yuri Barolov - younger brother of the horse breeders, and Innokentii Fedorovich (Kesha), who was a slave and leather worker at the monastery.   A few weeks ago, Vladykino was destroyed by a band of Kochmaki raiders. The village was burned, and the population was either butchered, or driven off into slavery. It is not clear whether a single person remains alive back at the village. The ownership records were burned (either deliberately or accidentally).   The purpose of the attack is unclear. The mill - the richest property connected with the village - was unharmed, and not looted. It has now come to light that the young women of the town were sold to a certain Yakub - apparently a fire-breathing serpent (Zilant) who lives on the other side of the Udena river from the Kochmak city of Udyn (where the raiders are currently encamped).