Kadeth    World Atlas    Settlements      Den Tharum
A stronghold in the northern Shauram Mountains, north of Draysard Pass, Den Tharum is home to most of the dwarven population of Troyso. Like Orlelenor, Den Tharum enjoys a semi-autonomous status within the kingdom. The fortress population is composed almost solely of Mountain Dwarves, with a rare few Hill Dwarves allowed to settle inside. The remaining Hill Dwarves, a small fraction of the population, often settle in towns or villages nearby. Occasionally, one may see a Hill or Mountain Dwarf elsewhere in the kingdom, but it is unusual.   Den Tharum, of course, is most famous for being the host city for the signing of the Treaty of Den Tharum , which ended the War of the False Prophet and founded the nation of Troyso. The reigning monarch of Troyso makes an annual pilgrimage to the stronghold to acknowledge and honor the day. 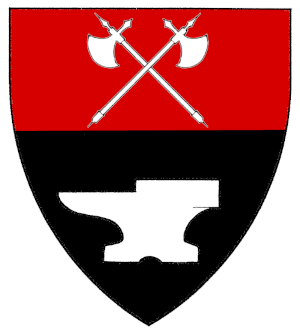