Living in the Medimian Empire is not easy. The populace is split a thousandfold, segregated into small racially-homogeneous subcommunities fed only the information and tasks necessary for their survival. Arcane mages are taken away as children, and divine spell-casters are rarely given permission to stay. The people are encouraged to believe that their lives are happy, that this is enough for their satisfaction.   A community of halflings in the fertile southern region of Viresca happily disagree with this. Recognising that their numbers and combat abilities aren't conducive to a true revolution or rebellion, they have instead begun to resist the more oppressive elements of their lives in Medimia. Joie Thimblesnip was the first to actually name their newfound want for independence - and so the Teacup Resistance was born.   You may be reading this and wondering how this relates to teacups in the slightest. The answer is quite simple: to identify that they're speaking to another member of the Resistance, they simply offer their visitor a cup of tea. If the smallest teacup in a given selection is chosen and cherished, the Resistance can recognise each other as members.   It's through this simple method of identification that the entire code of spiltea was developed, allowing simple patterns in spilt tea to inform conversation choices and trade secrets without eavesdroppers understanding what's going on.   The patterns on the cups themselves have also taken on new meanings, and often craftsmen of the Resistance deliberately design new cups with these interpretations in mind - a small cup patterned with the Medimian crest might even intentionally be dropped to demonstrate the Resistance's longed-for goal.

I'll have the smallest you've got, luv, there's a good girl. 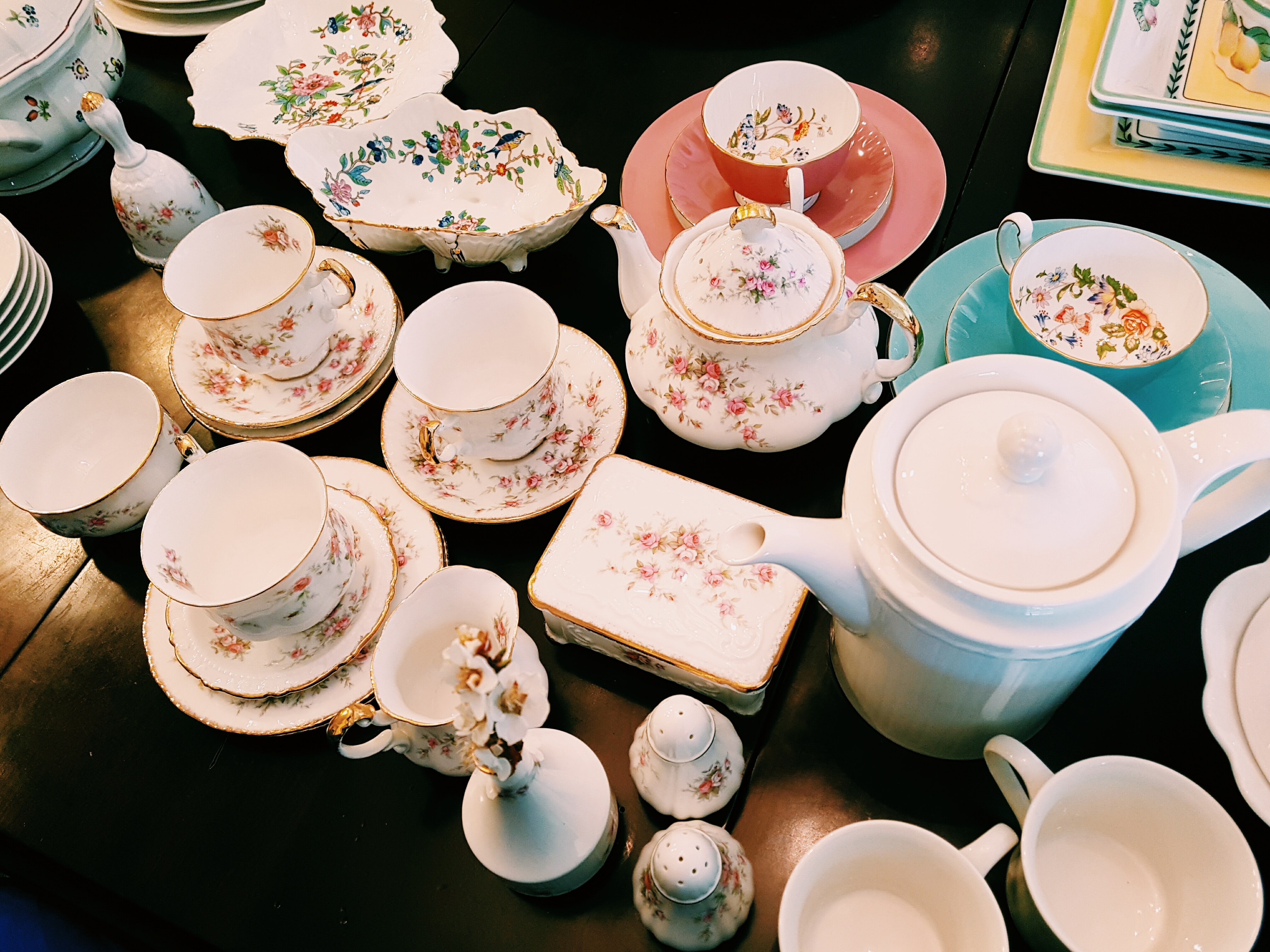 Tea by Soo Chung (Tea Creative)
Item type
Tool
Rarity
Common
Weight
Varies (approx 0.22kg or 0.5lb)
Dimensions
Holds approx. 6oz of tea
Base Price
2cp (with tea)
Raw materials & Components
Teacups are traditionally made of bone china, but the expense of these materials makes them inaccessible to most of the Resistance.   Instead, many of the Resistance work with clay, homemade porcelains, iron, and wood, with designs being stained or painted onto the sides.

Articles under The Little Rebellious Teacup

Ever wanted to spill tea with intent? No, not the gossip kind. Send messages through code via the tea-based language of spiltea.

Answering: "Describe a common item that is used as a secret symbol in your world."
Visit Hanhula's Competition Page Check all other answers to this prompt Competition Homepage

I love the idea of a "Teacup Resistance" and their method of identification is pretty neat.   Reminds me of playing in Hell's Rebels and a friend of mine offering to brew some mint tea.

Aw, now this is a method of communication that I don't think I've ever seen in fiction; I love it, yes. (Also, lemme just take this moment to say I enjoy the style of prose used here because yes, I was wondering when this article would be about cups of tea)