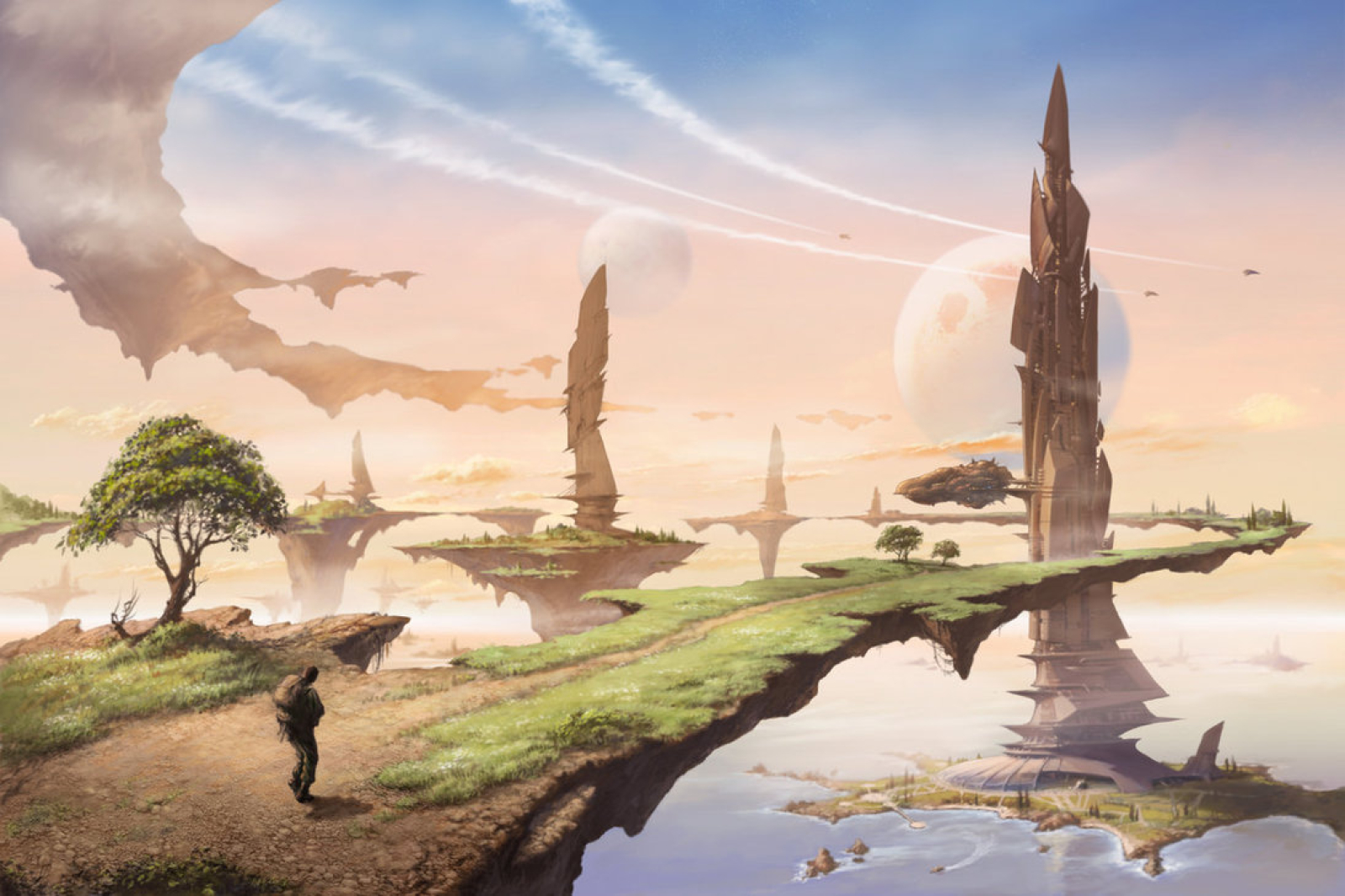 The Dreamscape is something of an anomaly to many researchers, life wizards, and other magic focused individuals. Theories have existed about that other planes of magic exist, but no one can actually go there or have proven their existence. This plane is bathed in raw magic that can dream up whatever the visitor's desires which make it a place of hope for many desperate people in search of a magic would to wish their problems away.   It is possible to reach The Dreamscape. In most cases the Dreamscape can only be reached by falling asleep during day to day life. The visitor will likely forget they're in a dream and will have no input on what it shows. While nothing itself is guiding what is shown, it's believed that the magic reads your thoughts and displays what you want to see. In other cases the visitor might be aware, but they are bound within the rules set forth by the Dreamscape. They will have some control but not all. Reaching it other then this method is difficult but not impossible. The potential visitor will need to have a deep understanding of Lunar and Life Magics. Teleportation magic is a life magic with an affinity for the Lunar concepts. A physical component is needed as well. There are certain leaves from the Blue Moon Oak, that when burned will induce a magic slumber. Together with the right combination of spells and burning of the leaves will likely send you to the plane. This isn't a fool proof plan, but it has been the safest way to get there   Once a visitor arrives they will notice one thing upon arriving. They have their memory intact, and everything they were wearing. As a result they are not confined to the plane's rules as the sleeping visitors do. At this point they are free to explore the vast plane, but they will have to find a way to wake up, otherwise they will die from starvation or other kinds of damage. Time works the same there and there is no for sure way to wake up, so death is probable.

The landscape to most visitors appears as something they have seen in their life or what they want to see. It changes and adapts to the visitor. However when visited using the Blue Moon Oak leaves it has a very distinct landscape instead. All trips by any visitor using this method see the same kind of environment, but not location.   Typically the world has floating rock islands with waterfalls that could go up or down. Gravity has no consistency and as such can disorient the visitor. There are also large stone towers throughout the land. It's impossible to enter inside and sometimes it triggers waking up from the trip. These are known to be way-points that are in between the dreams of others and the dreams of the future. Upon finding a tower. It's possible for there to be multiple paths of the visitor to on and find new distinct locations. However, the climate remains the same, blue leave visitor will never be affect by the temperature or environment for they are not restricted by the rules of the Dreamscape. Everyone else will feel that it is real and can harm them if they are not careful.

This plane of existence is a huge source of raw magic.

"People think it's real, but in reality it's not. It's just a figment of our imaginations. No one can actually go there by burning tree leaves."
— Archivist Renna