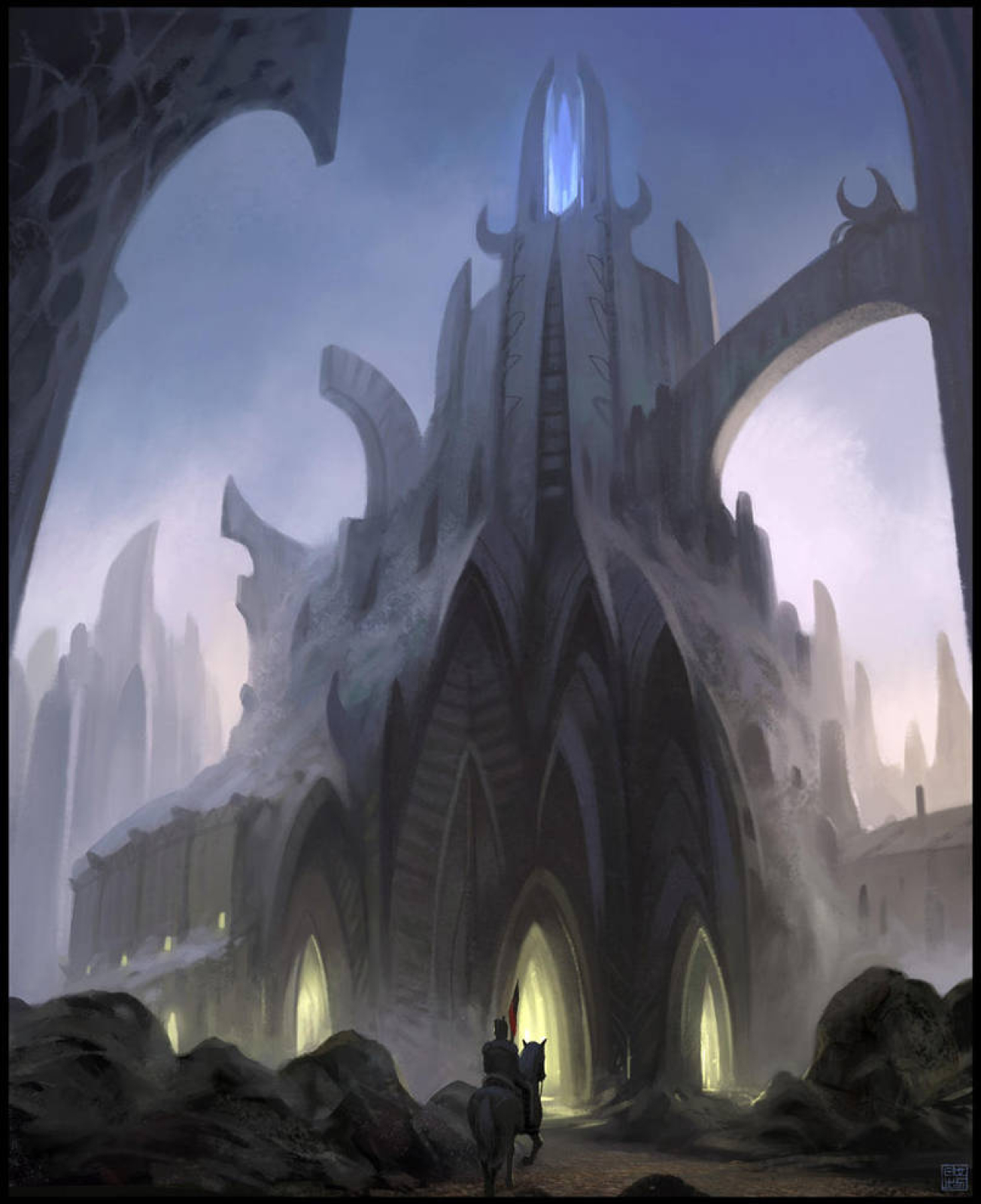 The Dominion Ruby Tower was once a tower of study, but was slowly turned into an abomination of war. It was one of the first casualties of history when The Embrace began their campaign on the continent. It would be forever ruined by the war and lay abandoned today with only the traced of dark magic remaining.

It's most recent use was during The War of Despair as fortress used by The Embrace. Everyone named to be enemies of Dantus were sent here for questioned and imprisonment. It was the center of their southern operations and supplied much of their forces in the area. Aurora Tempus was assigned to the tower to manage and run operations for the Heirs working in the area. Many scholars would indicate this place as her personal playground before her betrayal.

Tales tell of the tower that rose high enough to touch the clouds and bright enough to bring hope to the local people. Its ruby lights were said to cast out loving images of creativity and strength. At one time, it was seen as safety and peace. A time where magic wasn't feared or hated, but that time has long been forgotten except for the oldest books in the known world.   It would become something else. While still a symbol of hope, but a chance of freedom. A chance to define a new world. Rebuild to build and destroy. Its ruby lights would no longer give feelings of safety but now inspire fear into its enemies. The thoughts of battle and order became the pillars of which propped up its new walls.   In the end, it wouldn't even bring a smile to anyone's face. No longer did it cast its ruby lights, but instead steal the light and hope only to darken the landscape around it. Now only sounds of pain and fear would echo from its tainted ivory walls. It was taken only to fill the world with an evil that had never been seen before.

Records indicate that the tower was once a home for the Innaru to practice and constructing magical devices. It was supposedly a beautiful tower where scholars of all kinds visited and exchange ideas. However, an accident caused a large expulsion of magic from the tower causing the land to be altered and changed. All of Galaste would be changed forever.

Due to its unique defenses, the Scion's Circle used this as a base of operations. It was said that great heroes would travel there to hone their skills before they went to end the crisis. While very little is known about what went on in the tower, our research suggests that this was where the Circle as founded, but this is a mere theory.


The War of Despair

When Dantus rose to power shortly after the Never Ending Crisis, he took control over this location first in the initial invasion of the continent. He quickly had it altered to support a sizeable military force as well as a large contingent of Dark Alchemists. When the surrounding area was conquered he would then have it transformed into a prison as well for his students to train their dark arts on the prisoners of war.

The tower lies in complete ruin. With the scars of magic that echo the area, people stay clear of the tower. It has become an eyesore along with the barren wastes that surround it. Many now try to undo the damage that was once done, but sure an effort may never be completed in our lifetime.

The tower is currently inaccessible. The high magic concentration could kill anyone exposed for too long. The entire land around it lies barren as a result.
— Archivist Renna

Why was it a prison? The air always burned to the untrained. You could hear people screaming coming from any single point in the tower. The rooms were tiny and cramped. Its defenses *almost* impenetrable. And the magic itself was... filled with the smell of decay. We could break anyone... Including you if I kept you there...
— Aurora Tempus to Garamond