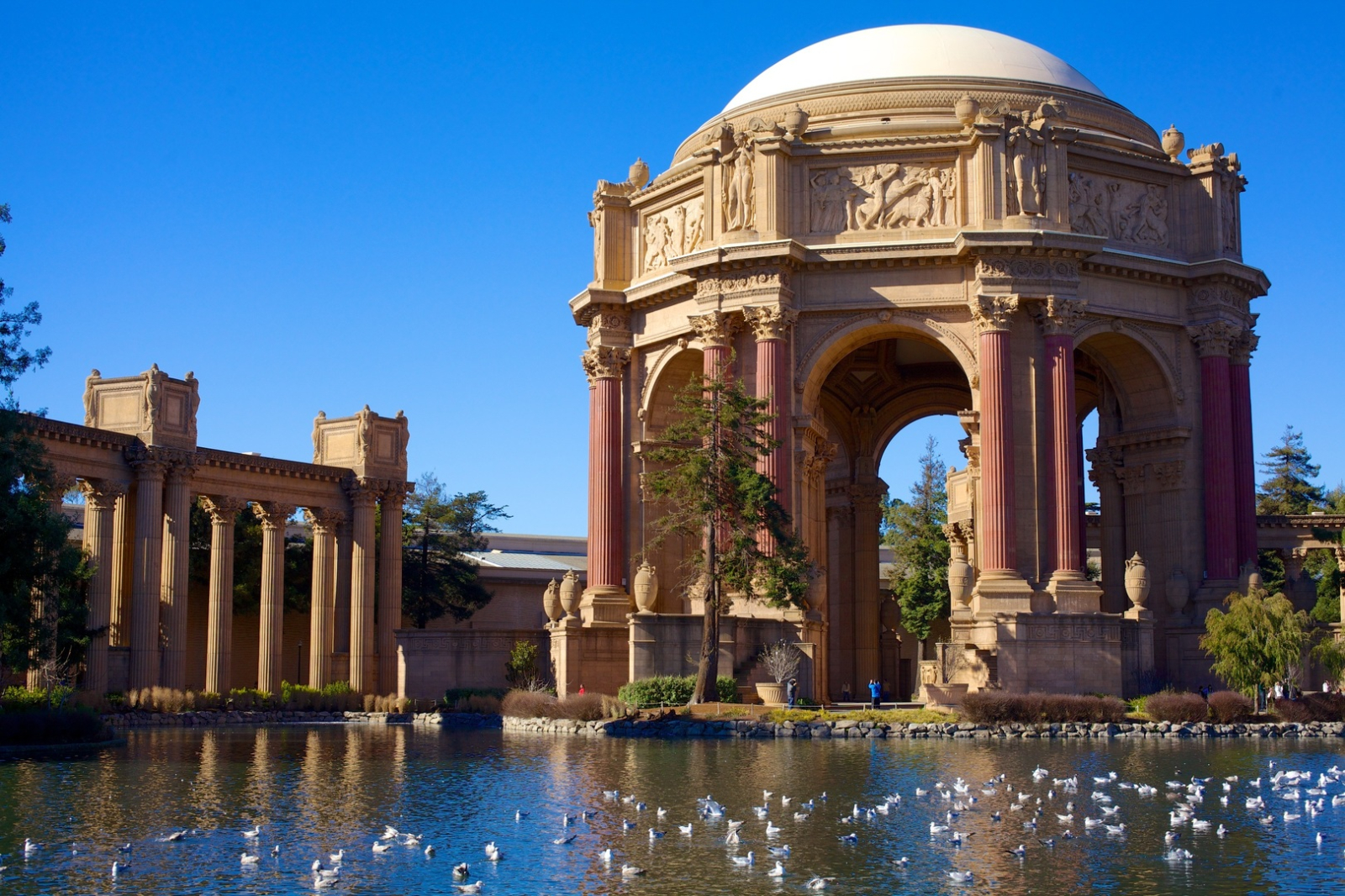 Stealth Archive Records
This section of Sage Peleril's memoir and the associated commentary and supporting documentation is to be read only by members of the Council.

The Making of a Sage

Peleril came to the position of Sage as many others do - natural brilliance, drive to excel, and decades of study.

Following her education as a youth, advanced training included study of logic and reasoning under Sage Ferydhel, study of philosophy and ethics under Sage Orelemar, and study under Sage Dimoth, where she learned about metallurgy, mineralogy, and crystals. In that last, especially the field expeditions, she excelled.

Sage Ferydhel is no genius - could replace them, except there are 10,000 logicians in this city. Sage Orelemar is brilliant and young, it could be centuries before they move on. Sage Dimoth's work is fascinating, but there seems little new to discover in the world of rocks. Perhaps we can learn something new from the Ginnunghval that would be worth installation on the Council.
— excerpt from the
private journals of Sage Peliril

After her studies, she pulled strings to join Sage Dimoth as Assistant Researcher. After many years, she was promoted to Researcher. Later she accepted a position with Sage Athindor when they were installed on the Council of Sages. Sage Athindor chose to study Ginnunghval travel patterns as their great work, and Research Lead Peliril was the team lead for the field study.

Early on, Sage Peleril displayed the ambition to be on the Council. Unlike many who dream that destiny, she had the abilities to achieve it.

Researcher Peleril's work was of great value to Sage Athindor, especially after it was discovered that many of the internal organs of the Ginnunghval were made of elaborate mineral crystals. Her duties shifted from management of the field study to direction of a Council lab in Rothilimion. Using the travel patterns the team had documented, they were able to capture some Ginnunghval for study. It was during that time she determined the largest crystalline structure in the Ginnunghval, nearly a quarter of the length of the beast itself, allowed the Ginnunghval to communicate with each other.

Many of Sage Athindor's experienced researchers joined her, and the team made good progress. In less than 20 years, they developed a way to stimulate a realm crystal with seemingly minor magic to make it fly. The team was working on a way to grow the crystals from raw mineral sources when they were interrupted. In the 24th year of Sage Peleril's research, Dornia laid siege to Rothilimion.

I learned that my team has made yet another sacrifice to Blodstjarna this week. The work is not that dangerous! The Goddess of Knowledge and Death must want direct reports on our progress. Blodstjarna, I pray, let my group finish their work in peace!

— excerpt from the
private journals of Sage Peliril

Sage Peleril's work was exceptionally dangerous. While she never asked an assistant to do something that she herself would not do, not all of them were able to reach the same standard of success that she did. Research assistants were lost between spheres riding Ginnunghval, crushed under crystals the size of houses, shocked to death with lightning, poisoned by strange chemicals, and damaged by magic.

While the Siege of Rothilimion came at a bad time for science, it gave great incentive to put what had been learned to a military purpose. Sage Peleril added some experienced naval officers and engineers to her team, and they set about the task of installing one of the giant Ginnunghval realm crystals into a Rothilimion sailing ship.

No one can know Ginnunghval communicate from crystal to crystal. The notes have been destroyed and my team leads have been instructed not to discuss it.

...We cannot grow the crystals quickly enough to solve the Dornian problem. We will have to accelerate the timetable somehow.

...I did what I had to do to protect my people. May Dagstjarna and her daughters forgive me, for the Ginnughval surely never will.

— excerpt from the
private journals of Sage Peliril

With the crystallography and arcane skills of Sage Peleril and the ship handling and tactical knowledge that Admiral Lederehrel brought to the team, a plan to break the Siege was developed. Two more ships were converted, and one dark night, Sage Peleril watched from the Council building while Admiral Lederehrel led the ships up out of the city to strike at Dornia's captial and break the siege.

She was as ruthless with herself as with the Ginnunghval. Sage Peleril has taken the old saying "respectable scholars don't make history" to heart. While ultimately her team was able to isolate a method for creating stellospheric cores from raw materials, these journals indicate all the cores used in the Reduction of Kabatnos were taken from sacrificial Ginnunghval, far more than the official record shows.

From Sage Peleril's notes, the Ginnunghval are an intelligent race. Rothilimion safety was built on corrupt research and genocide. It remains unclear why she and her team stole the Sword of Rothilimion. Perhaps they seek some way to make amends for their crimes.

Crystals that allow the Rothilimion to sail their ships between worlds.

The most learned scholars in a country that reveres learning.

Who or what is a Sage?

In Rothilimion, the word Sage gets used two ways: For visitors who are not familiar with the Sages of Rothilimion, it sometimes takes careful listening to determine which meaning is intended.

The Rothilimion generally believe that what is learned should be taught. They have also discovered that sometimes, states must keep secrets. Portions of Peleril's personal journals are stored in the "Stealth Archive", which does not officially exist. It is a collection of documents kept at the highest level of secrecy and typically only made available to members of the Council.

Sage Peliril was a brilliant thinker and exceptional research team leader. She achieved great results without counting the cost. Despite the questionable methods her results were outstanding; her disappearance after the war is a huge blow to Rothilimion.
— Conclusions of the Review Committee

Answering: "Write about a great thinker in your world and the impact they had on society."
Visit Orlon's Competition Page Check all other answers to this prompt Competition Homepage

Write about a great thinker in your world and the impact they had on society.
— Summer Camp 2019 challenge

I really like the side tidbit where you explain what a Sage is by definition in your setting. That's really nice to see. There is a lot here about Peleril's research, and her sometimes dubious methods. I'd love to see some more about her personal life, and perhaps how she was viewed during her lifetime, or even afterwards. Are there people who believe she was the brave and studious, that she did what had to be done? Are there folks who think she is an overrated historical figure? It would make another interesting side tidbit.

Thank you, I'll try to flesh that part out more. Her reputation in Rothilimion is a strong one for the general populace, who know she was a Sage and that she helped stop the war. It would be good to flesh that out more, you're right. That goes on the to-do list! 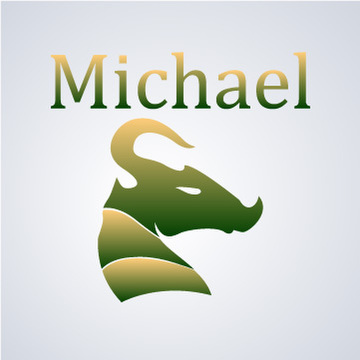 I enjoyed all the journal entries from the Sage Peliril throughout the article as it brought me into the mind of the character set describing what she did or the events happening around. I did find it a little challenging to keep all the different sages separated, and after reading, I got confused about which sage was the main character. The word Sage appears a lot in the first paragraph and can make it hard to read. The information in the sidebar helped understand the article. I read that portion first then the article and I had a better understanding of the concepts you were trying to portray.

Sorry about that - those other names were supposed to be toss-offs, but maybe including them at all was a mistake. I'll try it a couple different ways and see if it reads better without all the names. Thanks for the feedback!

I just went through and re-read the article with all the changes you've done from other critiques and it's really starting to take shape! The article looks really clean and the breaking of all the sections makes it easier to read! Great job!

I like that I have discovered now who made the ships for the attack/raid to Dornia. As a scientist, however, I found some sections difficult to believe (although of course, the way science works in this world may be very different). For example, how is it possible that she had many sages studying with her, but no one figured out about the crystals for communication?   I also found the concluding paragraph confusing. How did the person writing the report arrive at the conclusion that Ginnunghval stopped coming because there are only a few left and not because they were massacred? Particularly after mentioning how intelligent they are, and the fact that they can communicate. The conclusion doesn't make sense given the evidence presented in the report. I liked that the team stole the ship, and while I would like to know more, I know that there is a reason why we don't.   Stylistically, I think the section "Who or what is a Sage?" should go separate to the "The Stealth Archive", I think it would look better if one was placed outside the box of the sidebar.

I knew you were right about the research team involved in the crystal research as soon as you pointed it out. I have updated the quote, implicating the team in hiding the research and giving them more motivation to help steal the ship. :)   Thanks for calling out the closing. I actually took out the whole sentence with the unsupported conclusion. It still reads well and it is stronger that way.   I don't know enough about the CSS or the framing elements yet, so I just moved the Who or What section into the one separate box that I know about. Interested in if you think it helps?   Thanks for the feedback!

I like the new quote about hiding the evidence.   And yes, that's exactly what I meant: different, separate box. I think it looks way neater (and no CSS needed)