Rogion is a perfect city, if perfect means a sophisticated machine, bright and in sync, where every cog, every command works as it's supposed to do. And no one even questions why the machine is working, what goal the machine has or what the people pulling the strings want. Citizens of the capital of Pogron live, work and die under their motto: Power is the truth.


Rogion has the power which means they dictate what the truth is.


I remember our talks about Rogion, how much we loathed its greed and pompous elite. We were fools thinking we could change it. Now 270 years later, this city and its inhabitants remind me of The Garden City in Mythea. The people are quiet, obedient, perfect citizens. The elite is still as pompous as ever, but they managed to put everyone under a spell. But they don't use magic. They manipulate a combination of rewards, pride and complacency.
— Amir 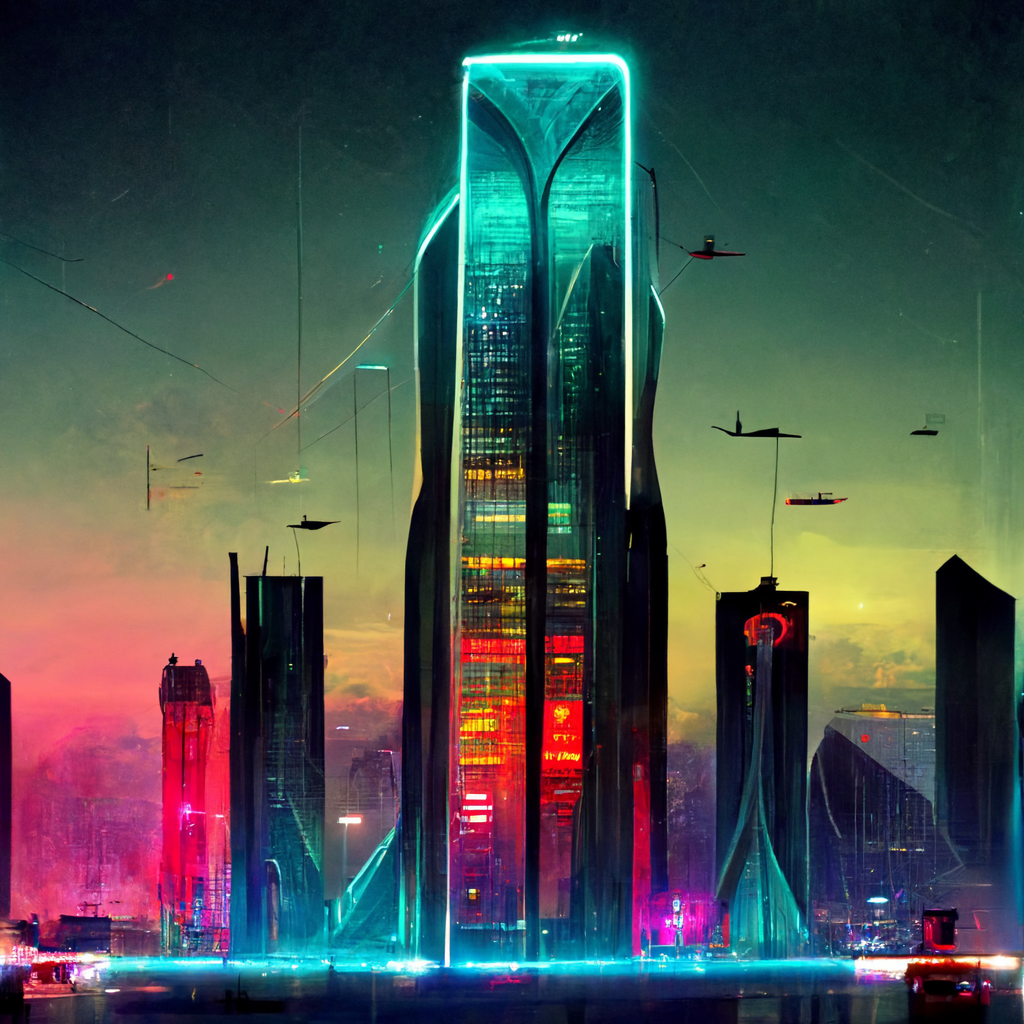 by Midjourney
Rogion is the capital of the Pogron Empire. The city was always the biggest in the country, crowded, wealthy and inequal for its inhabitants. Throughout history, Rogion went from a small town on a harbour important for trading to a megacity.


The city was and still is the location for the concentration of power and the government's situated for a long time here as the important industries and financial centre. For a long time, the city struggled with riots initiated by citizens in the lower classes against the district separation and the inequality they suffered.


When the crew aboard Fatan became The Lost, the alliance named The language of Vinmar's blessing crumbled and war over the nuate followed. Pogron emerged as the victor strengthing its hold over the weaker nations. The nation became an empire, and shaped Dethion to their will and benefit.


Rogion, thanks to the exploits of the war and its strategic location, reinforced the order in the city through an efficient method: exalted the nation's superiority and made a slightly better distribution of the resources, enough to keep people obedient. It took time, but now the city and its inhabitant wear placid masks. Everything is fine, and nothing can disrupt their calculated workings.


Today, we met Admiral Morto. In front of the elite that come to see us like we are a zoo oddity he spoke of our brave quest and exalted our figures as the heroes of Pogron. In the short moment we were in his presence in private and surrounded by his guards he threatened us with physical punishment and even death if we try to escape. I've never wanted to kill someone more in my entire life.
— Amir 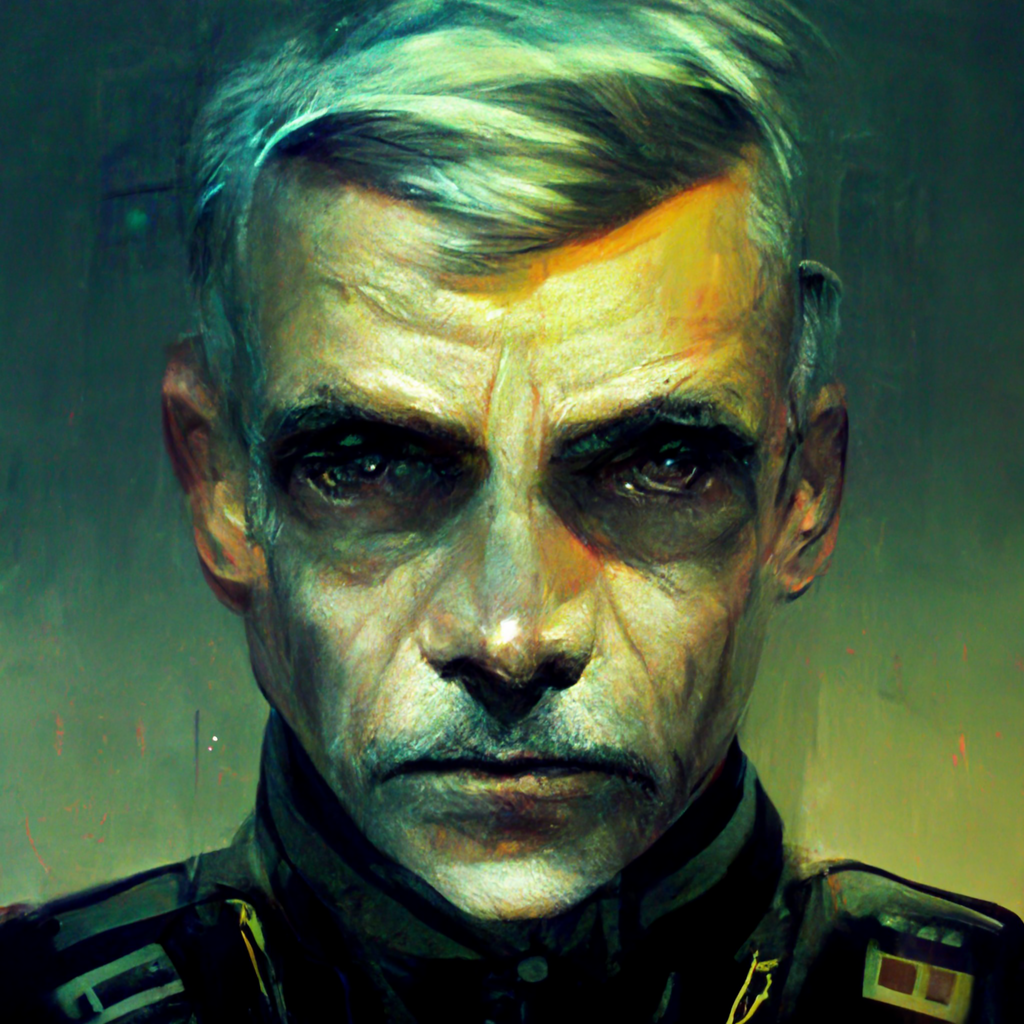 by Midjourney
The leader of the empire is Admiral Morto. He is also who controls Rogion, its resources, the harbour, and the people. The military man knows whoever controls the capital also holds the power of Pogron and the rest of the nations. No other city in the country accumulates as much wealth and is best located to defend.


In public the general shows an affable attitude. He greets important people, and the lower classes with respect. He masks his demeanour to fit the audience he is performing for. In private, to the ones closest to him and under his command he is cruel and never forgives a mistake or misstep.


Whoever falls off his grace, it's never seen again. Rumours about their fate indicate they are translated to lesser spots, but many believe the Admiral doesn't have that kind of mercy in his set of skills as a commander. After all, Admiral Morto always repeats that one deficient component has no place in the perfect machine he is running. The order that it must be extracted and disposed of has an immediate execution.


Although the harbour is heavily protected, I think there is a chance to escape, perhaps if we find a crack in the perfect machine this city has become... We are making a plan. I hope I can have news from you soon. I miss you so much.
— Amir

The harbour is one of the sources of the financial magnitude of Rogion. The main point of trading in the country and their location close to Ikurun Island, where the biggest Nuate reserves were discovered hundred years ago and reinforced its importance.


At the present activity in the harbour is incessant. Cargo ships, come and go carrying all kinds of goods and materials. Workers perform their duties with diligence under the watchful eye of their bosses and guards. Vigilance over people and objects is a serious matter for the authorities. 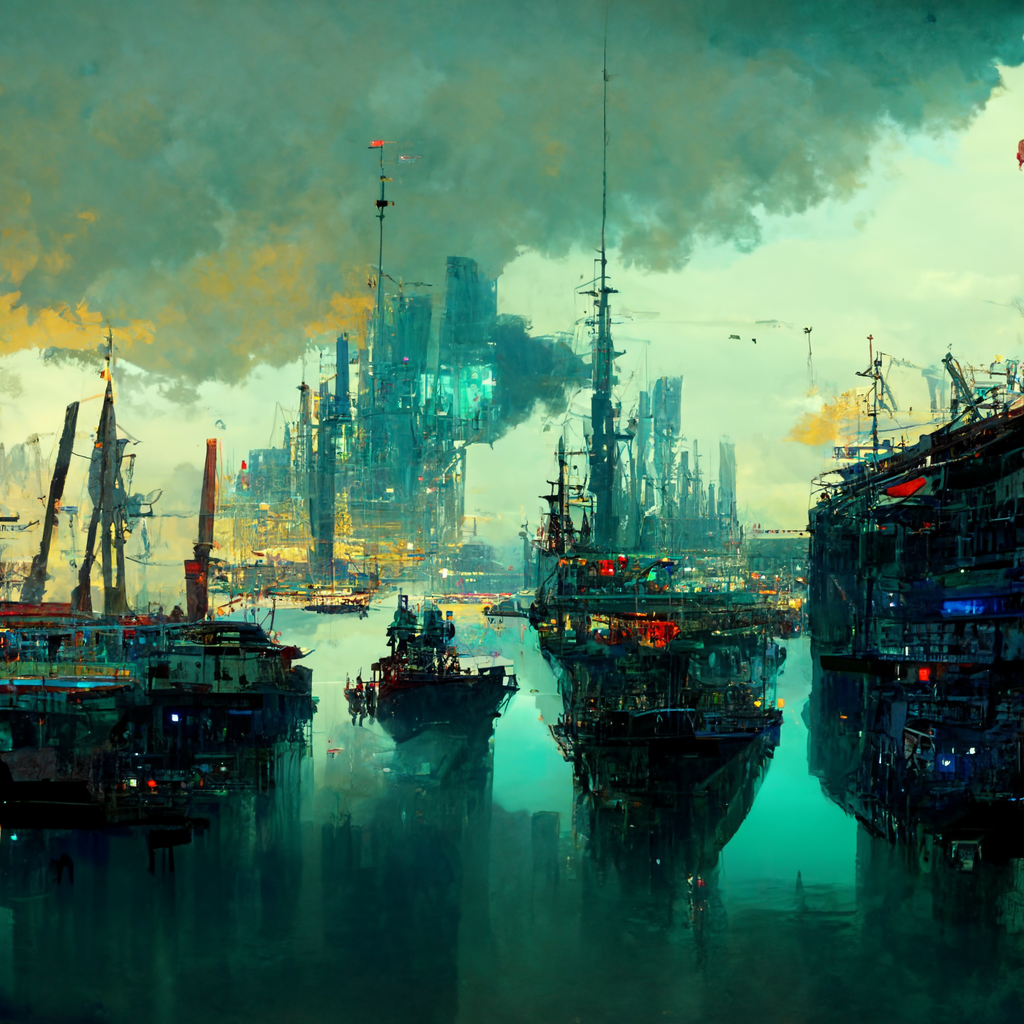 
Close to the sea is located the naval base of Pogron. The warships and their soldiers are prepared to protect the city and their valuable resources.


The elite enjoys the beach, the cruises and many activities related to swimming, fishing and sports like surfing. The best places and equipment are reserved for them, of course. Lower classes can go to the beach but their locations are less opulent. 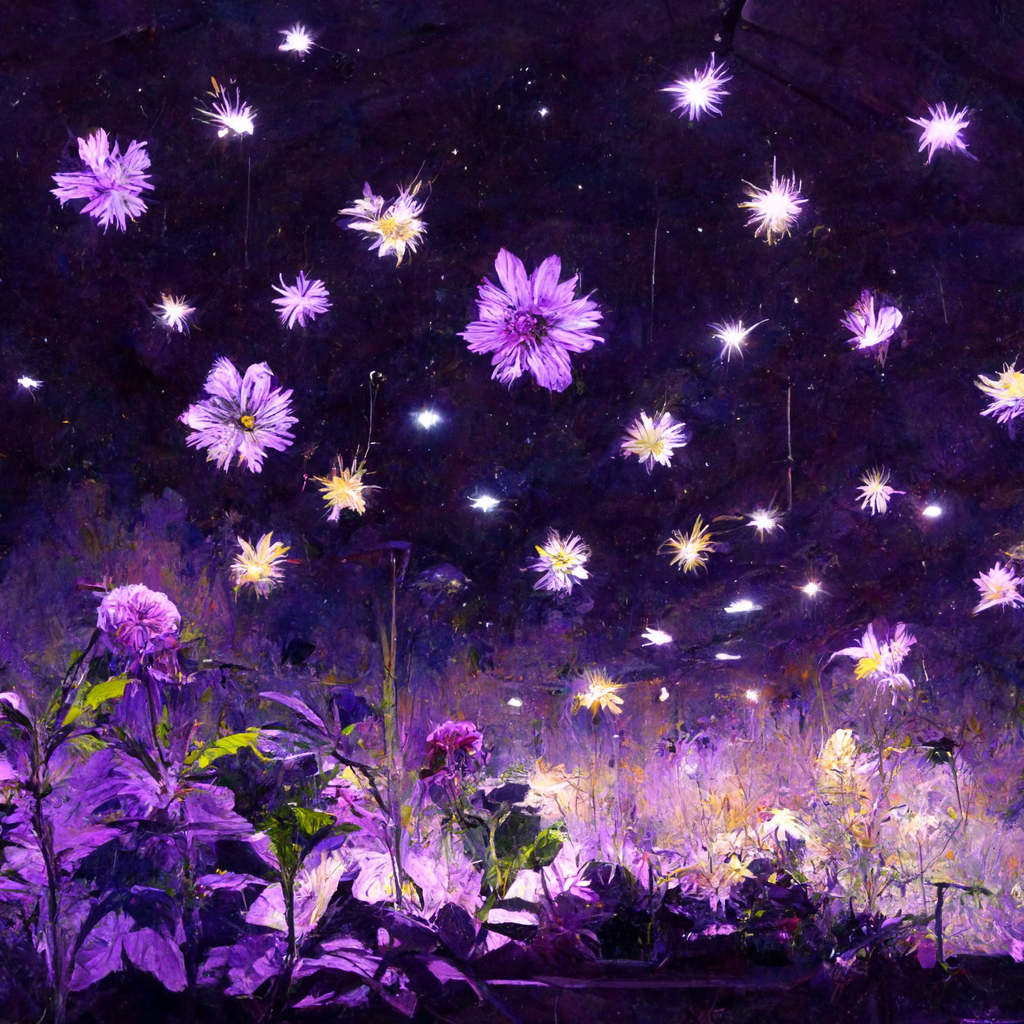 The elite certainly knows how to show off their wealth earned with the blood of others and that damned nuate. The opera house, the gigantic greenhouses, and the opulent parties held in what was once the biggest library in the world are proof of that.
— Amir

Inhabitants of Rogion are divided into high and lower classes. These classes are respected by everyone and while most of the time it's uncommon to ascend in the social hierarchy when it happens, it serves as an example to continue being a good, productive citizen. People less wealthy believe if they work hard enough they can earn a reward.


Another thing that maintains the status quo in Rogion and is a blueprint for other cities and towns across the empire is the pride people feel for being part of the greatest nation in the world. The nation that looms over all others. The machine of political propaganda never rests and always gives the best results. 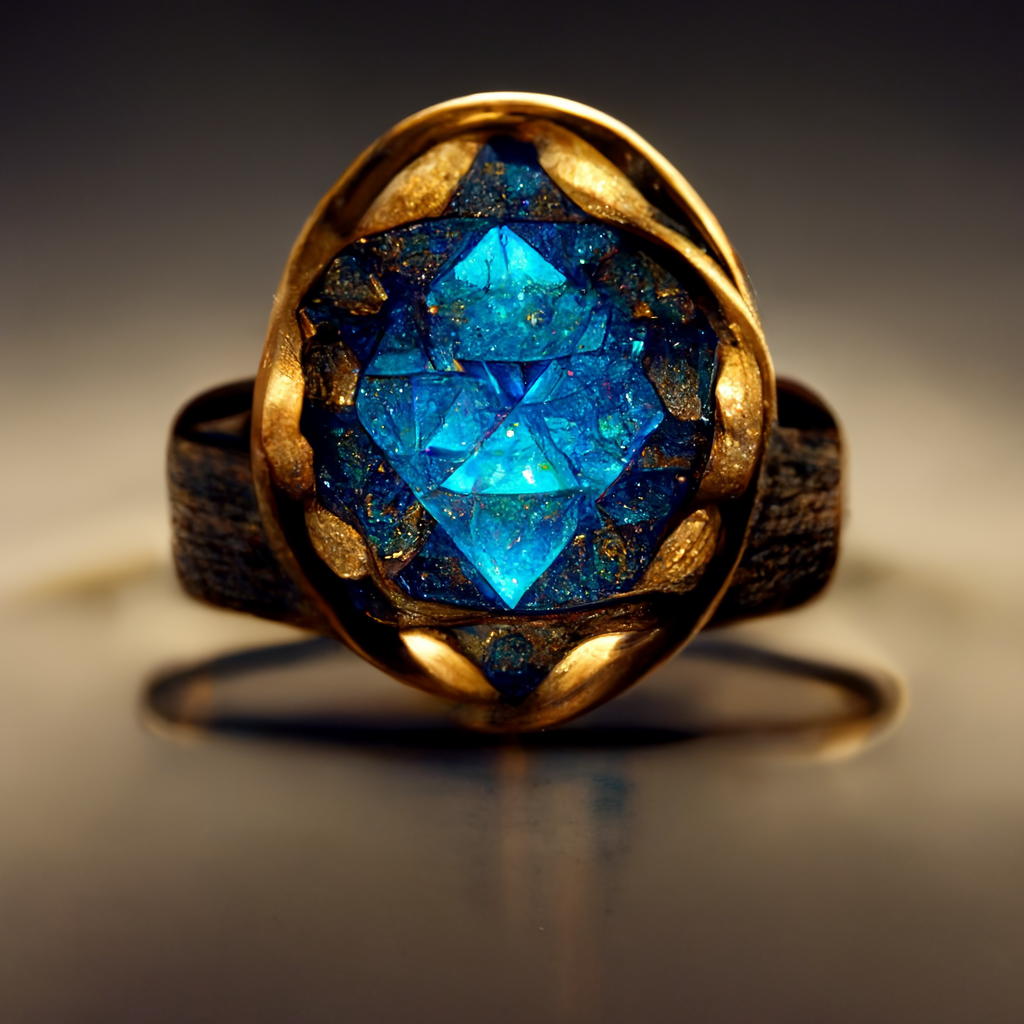 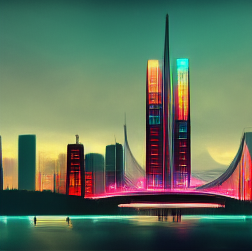 A not-Guide to the Galaxy


People indulge in alcohol, drugs, and neon lights. These are some of the rewards allowed to the citizen in exchange for their obedience and work. They won't receive more. They won't ask for more. All classes enjoy similar pleasures but who can pay more get the best quality. Their eyes are dulled, and their postures are a facade of pristine behaviour. Everything around us looks perfect and fake.
— Amir 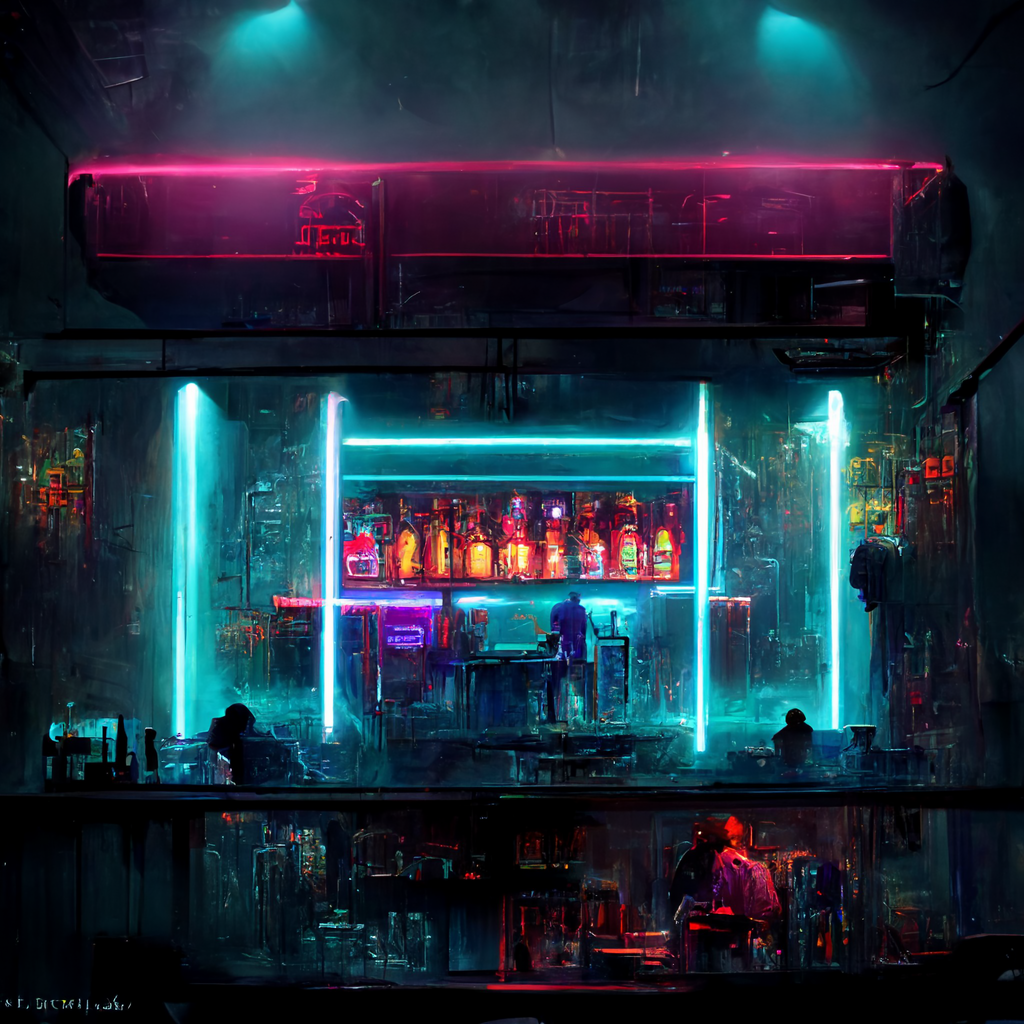 Remember the riots you studied that happened in Rogion against the separation of the people in districts? There is no trace of rebellion in this city anymore. If it exists, is hidden deep under layers of basic comfort. People guard their privileges with ferocity. They work, they obey, and they produce benefits in the name of the empire. They are docile. I don't know how we are going to escape this gilded jail.
— Amir 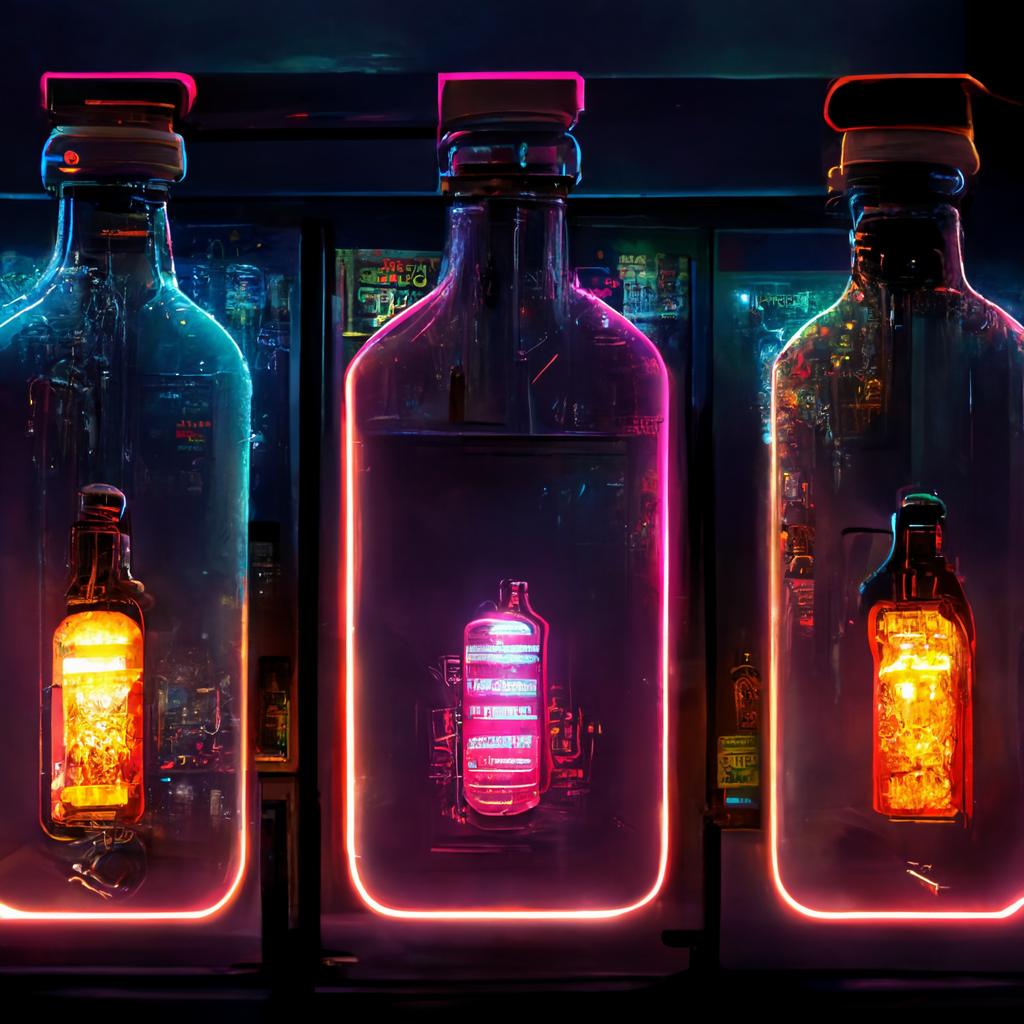 When they parade us around that fake people I want to scream and run away. I won't do it. I can't put you in danger, my dear friend, my love.
— Amir Maguer 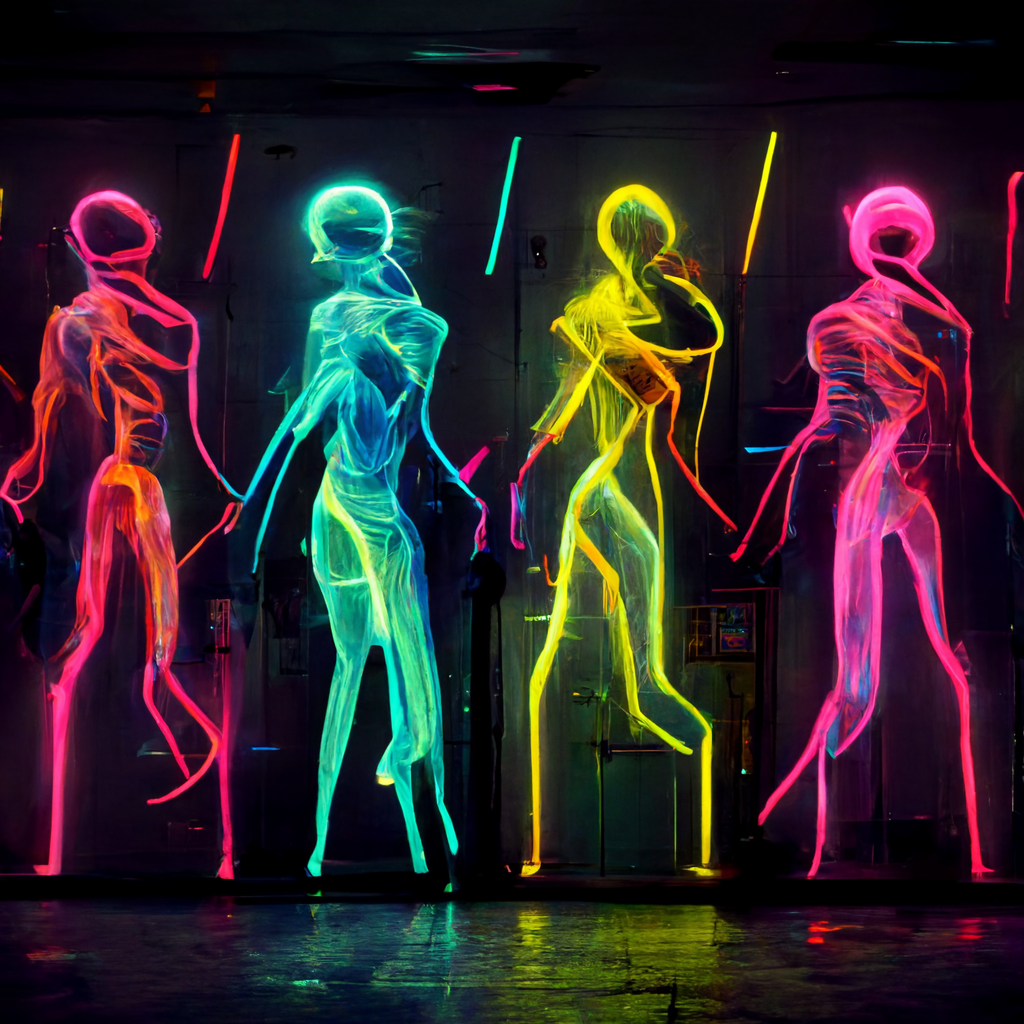 
The Lost are the crew that crossed The Anomaly and came back to Dethion 270 years later. Part of the group is held in Rogion as a trophy.