Thou land of hope for all who toil
— Sterling Thompson, Architect. Once seeing the City Hall completed

In the days before the Warehouses were established in the city of Birdencaster, the train stations came first. The first train station that was established within the city was in Segment 11. As the area was not forested yet, the ground was marked to where the rest of the rails were going to be placed. It was decided that the City Hall would be in the new city in 2 12, so Segment 12 was completed first.   While Segment 12 was being built, the rail line made its way round in two different directions, one clockwise the other anti. Every time the line met a new Segment, a new rail station was inserted. These weren’t particularly accurate, so one Segment’s station can be too close to a border with another Segment or be more central to the Segment. The train stations were laid out for two rail lines one for each direction around Birdencaster.   As the train line was built pedestrian crossings were added into the lines It was at this time that the self-sufficiency of Birdencaster was called into question since all the food was being imported. To solve this problem and since there were no fertile lands for crop farming, the proto-government requested livestock to be imported.   The next issue came from the wood needed for sleepers for the rails. The government managed to acquire wood along with the food imports, and Segments 7 to 4 were completed. Nevertheless, no other wood imports would be sent just for laying down tracks. What was imported had to contractually be used for the construction of the city. This caused the Forestry Industry to bloom. Nine years later Segments 5 to 6 finally got their train services.   While this was occurring, the established train stations had issues as each Segment had freight trains to drop off imports to the now freshly retrofitted Warehouses. If the Crate Carriers were carrying imports from the farthest platform, they had a long walk around and across the railway lines, which was not ideal for safety. To alleviate this issue, footbridges with signs saying Crate Carriers have priority were installed.

What Type of Trains Run

At around 2046CE, hybrid trains were invented. They combine the technologies of steam and electric power and can change power types whenever they want. The trains use electric power within cities including in Birdencaster, using the third-rail system.They use steam locomotion only while not in cities, as this is noisier within built-up areas. These types of locomotives are used for both freight and passenger services.

As with other parts of Birdencaster, the architectural style of the train stations is victorian. Following the health and safety laws of The Old World, yellow lines have been painted on the platform edges.

Four stations, namely the ones in Segments; 2, 7, 9 and 12, have a point system so these Segment’s station enables the traveller to leave Birdencaster instead of continuing on the circuit around the city. Both platforms have this capability so a service entering the station in Segment 12 can be going either towards Bristol or Swindon or continue on its journey around the city.   As said before, Segment 12 can allow a traveller to go either to Bristol or to Swindon, but so does the station in Segment 2. The Stations at Segments 7 and 9 allow the traveller to go to Warminster.

Unlike the British rail services of The Old World freight trains take priority over passenger trains. Freight trains do not have their own train station, and so they have to stop at the stations as passenger trains. Crate Carriers are often found on the platforms of all train stations, loading or unloading the trains. Children from a young age are taught to stay away from these busy operations to not get in the way.   Freight trains are stopping services, meaning that they stop at all train stations to allow for the goods for each Segment to be delivered more closely to the required Segment. This is to lower the transport time of the freight. Once the freight has reached the required Segment, the goods are deposited at the closest Warehouses.   Since the crate carriers work with the Warehouses, the buildings that are closer to the train stations will get full sooner than the ones that are more central to the city. Thus, Warehouses that are nearer the circumference will be more successful, as they are closer to where the goods are coming from. However, the more central Warehouses will be more readily available for further processing of the goods that were originally brought into Birdencaster or harvested in its industries.

Passenger services out of Birdencaster, are the least reliable, as the tickets for these services need to be booked and the train service waits for everyone to board before leaving, slowing down the service. The train service eventually leaves after two hours of waiting.

Passenger services that go to each Segment in turn before returning where they started are the second most reliable, in the sense of the consistency of services.

The Table of prices can be found above the sidebar of this article, using the "Read the Document" Button.

A price table is hung outside the train station for planning journeys, and it is also used by the station staff themselves for pricing. Children’s tickets are half the price of the adult fare. When the pricing for children's fares ends in a number that is not a 5 or 0, the price is round up to the nearest multiple 5.   The fare table is a mapping table. To find the price of the tickets, the user picks a row according to the Segment they are in, and a column for the Segment where they want to go.

Fares are based on the number of stops, so four stops on the journey will cost 1500NS regardless of where a passenger starts their journey.

These services are booked at the train stations themselves. Ticket price depends on the distance travelled and is often expensive. These services are regarded as a treat and are often used by those with higher-end jobs that pay well and require frequent travel. 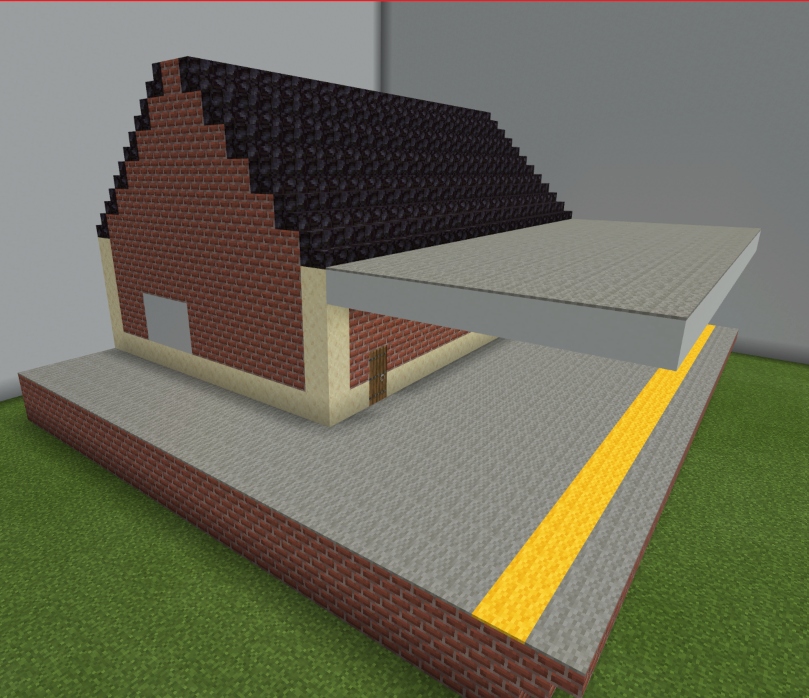 Likex10 for the two big price tables. It was a lot of work