I'm so tired of people thinking I set people up, I am not, I am Match Maker, not a wingman[8]
— An Exasperated Employee

A Match Maker is someone who makes matches. The Match Makers work within the Candle Factory of Segment 11 of Zone 3. This appears to be the only industry that combines two different products in the same building mostly because they are similar enough that it is more efficient to do it that way. In addition, the candles need to be tested with matches.   All levels of this role revolve around a machine called a Match Spinner. At various points around the circumference of the machine a particular part of the process occurs. 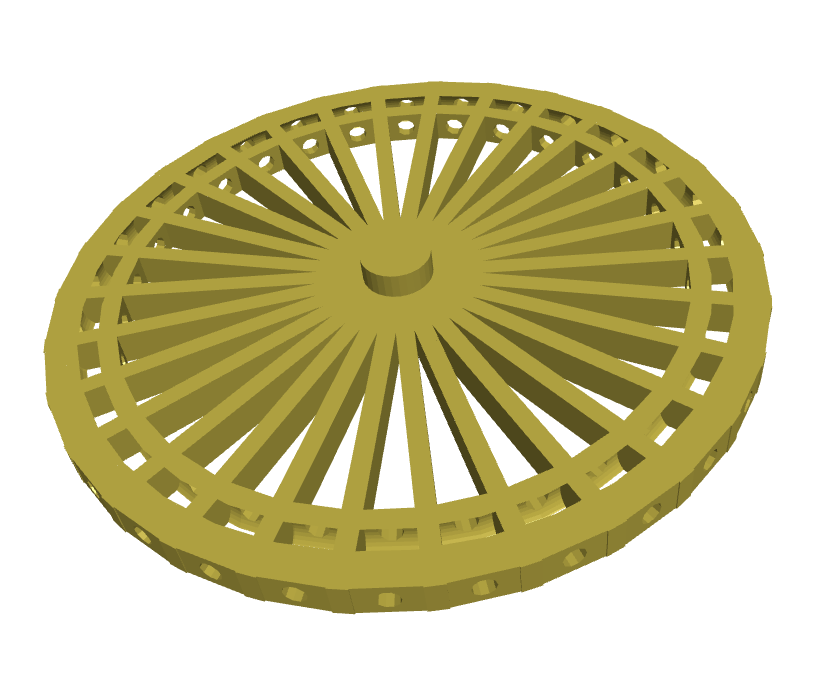 At the 3 o’clock position, a Level 1 Match Maker loads freshly made sticks that have been impregnated with Ammonium Phosphate to stop afterglow[2]. The box has a ramp at one end that shakes the sticks so that only one stick is inserted into The Match Spinner. The independent slot in The Match Spinner rises to accept the new stick.

At the 12 o'clock position, the Match Spinner then rotates the independent slot to move it back down. A clamping arm comes down on the stick to prevent it from falling out while still leaving it enough freedom to rotate.   As the Match Spinner rotates, it lowers at the perimeter end. The stick lowers into a shallow V-shaped channel in which it rotates so that the tip is coated with a mixture of Potassium Chlorate, Sulfur, Glass Powder and Gelatin [6].   During the dipping process, the chemicals for the tips of the match are agitated, allowing the mixture to stay in liquid form for longer.

Once the tip has been coated sufficiently, the Match Spinner rises so that the slot is level. The slot with the newly made match rotates to let it dry. The chemical makeup of matches has changed since the Old World. Because of this, the stick doesn’t take an hour, to dry [2] but rather, minutes.

by James Woodwright
At the 6 o’clock position, The Match Spinner releases its arm so the match can fall out. The match then rolls down a slope and lands on a platform [Image Left]. Once enough matches have accumulated there, the platform drops, making the matches fall further down onto a cardboard tray. A Level 2 Match Maker swaps this for an empty one and puts a sleeve around the full tray. They will then load the full box into a crate, ready to be sold in the Warehouse.   There, the matches are sold for 140 New Sovereigns per box, and a crate of matches is 28,000 New Sovereigns. The Level 2 Match Maker replaces the full tray with an empty one so that the process can continue.

Cardboard is used for the matchboxes, as wood would increase the price and make the box more likely to burn. PLA plastic is not used, as it melts between 130C - 180C (266F to 356F)[12] while matches burn at 600 to 800C (1112F to 1472F), which would make its use dangerous.   What differs from the matchboxes of Birdencaster to those from the Old World is that the sleeves do not have a front design already included, so it has to be glued on top of it. The front design of the box itself is often kept by collectors. The collection of matchboxes is called Phillumeny [4].   The matchbox is put together with friction for the tray. The sleeve is put together using glue that originates from the Coast's Ablaze plant. The front design is often of an interesting picture with the brand name on top. The striking surface for the match is similarly glued on the side.   The front design can be of mountains, forests, wildlife or well-known landmarks. They are similar to cigarette cards of the Old World [10]. The front design of the box changes every 1 to 3 months, depending on the delay in the transportation of the matchbox cardboard and the new front design panels.

For the striking surface, Red Phosphorus is used, powdered glass and the glue that originate from either a Coast's Ablaze plant or Gum Arabic [5]. This combination of chemicals is painted on strips of cardboard to be added to the box making process.
Red Phosphorus is safer than the historic equivalent, White Phosphorus. White Phosphorus used to give those who worked with it phossy jaw, making people’s jaws spongy and leading to organ failure and death[1][9].

The match tips are made from Potassium Chlorate, Sulfur, Glass Powder, Gelatin and an extra chemical that reduces the curing time. The tip chemicals are then deposited into the V-shaped channel in the dipping process, while being agitated so the tipping chemicals do not dry out. If the tipping chemicals do dry out, they can easily be scraped off with a wallpaper scraper and either discarded or burned in a controlled environment.

Unlike with the Redsmith, the career progression for a Match Maker is based on experience, not on tests.

A Level 2 Match Maker loads the sticks and boxes into the Match Spinner. They are also the person who changes the full tray for an empty one.

A Level 3 Match Maker will make the chemicals for the striking surface and for the tips of the matches. 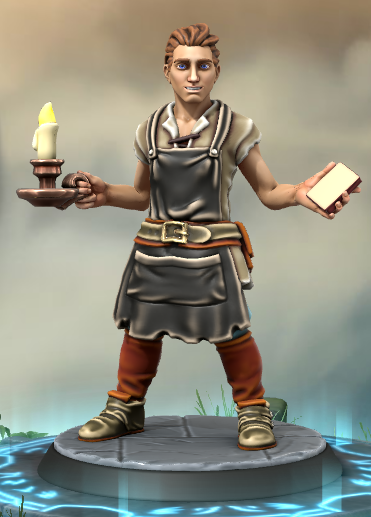 Hero Forge for the use of their software to make my character picture.
CAD images made by using blockcad3d.com

[1]Victorian Pharmacy: Episode 3 (Pharmaceutical Documentary) | Timeline
[2]Matches | How It's Made
[3]Circumference Calculator
[4]Matchboxes
[5]How matches are made (madehow.com)
[6]Match Head Reaction | Department of Chemistry | University of Washington
[7]instructables.com article on making a Giant-Match Do not try this at home
[8]Wingman | Definition of Wingman at Dictionary.com
[9]A Wikipedia Article on Phossy jaw
[10]Cigarette card
[11]sciencedirect.com on the properties of PLA Plastic
[12]Temperature Conversion Calculator (Calculator Soup)
[13]What Is the Temperature of a Burning Match? (reference.com)