In a genetics research laboratory for plants in Southern Spain, grew an orange Aloe Vera plant. One day a scientist recorded audio nearby. They could hear buzzing in their recording of events and experimentation, something that would not be heard in a quiet room.

[buzz]April[buzz]20[buzz] Day 234 - I am in the Orange [buzz]. The plants appear to be growing well.[buzz]
— A Recording of a Scientist in the Orange Room

Curious about what it could be, they assumed that the device was breaking, so made a test recording in a quiet corridor. The buzzing sound was not there. The scientist started testing the equipment in separate rooms to make sure the recording only picked up the equipment. All attempts failed, so they tested the plants.   They found it to be the orange Aloe Vera plants making the sound. Scientists could not hear the plant without the recording device. They left the device with the plant for 10 minutes and replayed the recording at a pitch that humans could hear more clearly.   They discovered the plant was emitting tones that sounded like religious chanting, similar to Gregorian plainsong [1][Video Below]. It was decided that the world didn’t need to know of this discovery with the controversies of humanity playing God and they certainly didn’t want another religious conflict, so the discovery was buried.


As years passed, the plant thrived but Spain did not, due to the cultural malaise of The Great Rewind. The building was left abandoned, and by luck, the building’s back up power came on allowing the plant to thrive further. Without humanity there to clean up new shoots the plant took over the room and seeds soon spread outside through a broken air filter.   Since the plant is in the family of Aloe Vera, the plant prefers hot arid weather, so they liked being in Southern Spain and grew along coastlines.   One fateful day, a mother and son were walking along the coastline of Spain. During this walk, the son had burnt himself on some hot metal. The mother, finding something that she thought was Aloe Vera, helped her son with the burn. She cut off a shoot from the plant and rubbed the open end on the burn. The result didn’t help or hinder him, but he found his hand to be tackier, unlike the green type his mother usually used.   Once the mother found this, she went back to find more of the plant and experimented further. This resulted in a glue substitute, Aloe Glutinum. The plant was cultivated for these useful resources, and its products can be found in many parts of the world. The plant itself can be found in arid lands similar to Spain.

The plant’s most widely used Latin name, Aloe Glutinum, comes from the idea that the plant belongs to the family of Aloe plants and that it can be made into glue. Its nickname, Coast’s Ablaze, comes from the idea that the plant lives by the coast and whenever the sunlight hits the plant it, gives the appearance that the coast is on fire. Upon arriving from ships to give assistance to fight the fires, the sailors would see Aloe Glutinum plants.

Coast’s Alaze gets its food from the song it emits. Insects, such as flies, hear the song and are enticed into flying near the plant. The orange colour suggests to the insect that it is food, yet the plant is actually poisonous to insects. The dead insects fall to the base of the plant where the Aloe absorbs them. This has led people to call the plant Aloe Siren, from the Greek myth of the Sirens that enticed sailor's ships to crash [2].

Coast’s Ablaze grows in more arid lands that are not quite deserts. The plant has waxy shoots [3], with spines along the shoots which tell much bigger animals not to go near them. However, for animals and humans that brush past them, the seeds are carried on their short fur or skin or clothes. These seeds then drop off enabling the plant to spread. Seeds that do not sprout in semi arid soil will die.

Coast’s Ablaze takes two years to grow to harvestable maturity. If the plant is trodden upon too many times by humans and other heavy animals the plant dies. Once the plant reaches 2 years old the plant can no longer be killed using the “stepping on it method”. To get rid of Coast’s Ablaze at this point requires digging it out of the ground. Once dug up, putting the plant in saltwater kills it, easily.

At harvesting, Aloe Glutinum has its shoots cut and the gloopy centres extracted. After this, the gloop is put in a bucket and is crushed into a consistent viscosity. People tend to look away while doing this to avoid getting the glue on them. However, the gloop is easily removed with water.   If the glue is needed locally, the water is removed or added as needed to make the right kind of glue. If the glue is intended to be traded, the gloop is left in the sun on copper plate metal to evaporate the water. The dried version is then ground down and packed in sacks. At the other end, the user adds enough water to the powder to make the glue they need to make.

The uses of the powder range on how much water is added. With only little water added, the resulting product is a substitute for blu-tack. However, when it dries it will require chemicals to remove it, otherwise, the substance takes off paint with it and may also destroy the thing that was being hung up.   Adding more water to the newly made tacky substance creates a thick paste resembling wallpaper paste. After the addition of more water, the resulting glue resembles PVA glue and can be used for many applications. The glue should always be kept clear of any food, as it would leach bittering agents into the unprotected food, and give us stomach cramps.

Coast’s Ablaze when hit by sunlight makes the coast look like it is on fire. Various attempts to trick enemy forces have been made along the coasts of the Mediterranean Sea. Their aim was to plant Coast’s Ablaze to convince the enemy that they had already been under attack, thus leaving them alone. This idea was only successful during the daylight hours since the plant needs the sun to complete the illusion. The trick is no longer effective since it is well known. 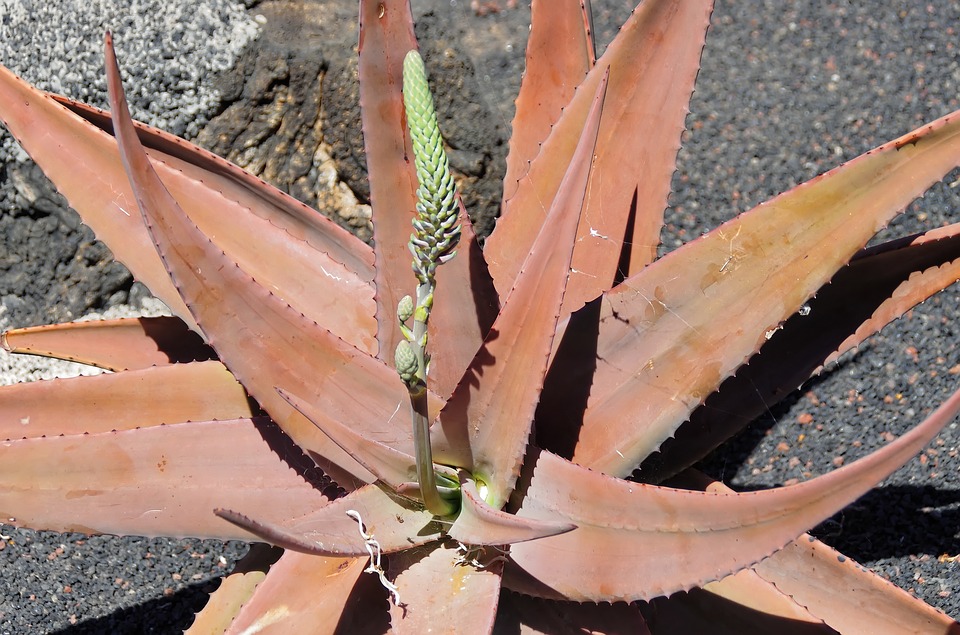 Great plant! I like the idea behind it and the flower making music to entice insects before eating them XD And the fact that they make the coast looks on fire is cool too :D

Nice article! Normally a singing plant would seem strange but you made it very believable actually by making it its way of attracting food :D The story about how its uses were discovered was a nice addition as well.   Best part was though the “stepping on it method”. Had me chuckle a bit.

Making an unknowing passenger watch a burning coast sounds like an interesting and evil prank. Knowing what it is, the sight seems gorgeous. Me, a pyromaniac? Nah...

Hey James! The use of a song to attract insects to then devour is a nice idea, and I must say that using a plant both as a glue and to pretend a coast is on fire is quite unique! My biggest curiousity is how does the plant buzz / make its song?