What Is Made From The Trees

Beams are 50cm (19.69”) thick and are 3 meters (9’ 10”) long. Beams are used in the construction of buildings and if used outside they are coated with copper azole to preserve the pine from the elements. These beams can also be used in shipping, making warships as they are easier to build than the types used with trade.

Boards are often cut to 50cm (19.69”) by 2 meters (6’ 6.74”) and 25.4mm (1 inch) thick. These are used in a majority of wood-related applications, such as furniture making, floorboards, shipbuilding as well as other woodworking projects.

Charcoal is used by the metalsmiths and citizens within the city of Birdencaster. These come on 15kg (33.07lbs) sacks. Once the charcoal has been produced is it is bagged and sold to the Warehouse unless they don’t have enough storage, then the charcoal will be traded externally.

Paper is not produced within Birdencaster. This is mainly because they do not have a paper mill. The scrapes of wood that they produce such as the wood shavings and sawdust get imported to make traditional paper. Pine needles that are too short to be made into baskets have their oil removed to make them easier to be dried. Once they are dried the pine needles are then bagged and exported.   This type of paper, from pine needles, is more kin to construction paper [17] and is a lot thicker and the particles can still be seen. Left unbleached the paper has a brown colour similar to milk chocolate.

For longer pine needles these are made into baskets, these baskets are cylinder in shape. The two popular sizes are 10cm (3.94”) tall by 10cm (3.94”) wide. The other popular size is 10cm (3.94”) tall and 5cm (1.97”) wide. The smaller of the two cylinders are used to keep board game pieces organised as well as sorting New Sovereigns for the purposes of counting and financial planning. While the larger baskets are used as utensil caddy, more often used for storing cutlery.

Pine oil is extracted from pine needles, this oil is poured into 50 ml bottles. These are packaged into crates and sold to the Warehouses. The oil is used in the candle making process. It is also used in disinfectants for its properties.

These planks are used in applications such as furniture making and shipbuilding, since Birdencaster is inland these are exported, for the purpose of shipbuilding. 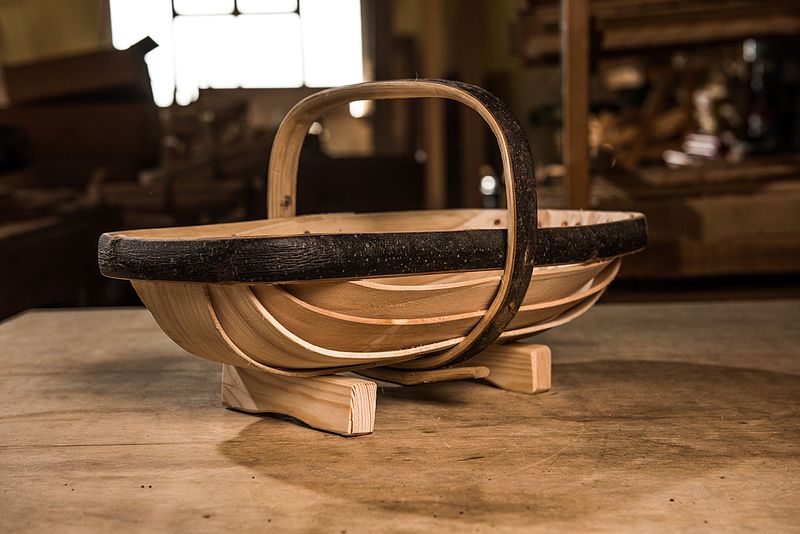 During the process of producing Charcoal, they inadvertently make wood tar. This is used with rope and wood to preserve it, particularly in the shipping industry. The tar is also used in the caulking to seal leaks and joints in roofs[18].

What Happens To The Waste From Processing Trees

Wood shavings (from shave horses), sawdust from sawing logs and a portion of pine needles are exported to make paper as there is no paper mill within the city. With the charcoal burners if both Warehouses and do not require more and the metalsmiths have a good supply themselves, then the chips will also be included in the exports.