During the latter years of the Executioners Wars the Dywan of Harunel, in what would become the Balelands state of Varifi, hired a band of freebooters, displaced pirates, and mercenaries as a company of bodyguards. Most considered it a waste of money or just ostentatious.

That was until that same group of mercenaries prevented a wholesale slaughter of Dywan Sarpa's capital city by an invading force from Tesiromsar to the East.

The name 'Nighthunter' comes from the mercenaries using the cover of night to stalk and capture the invading army's key leaders. All without losing a single member of their own group.

Now, almost three centuries later, the Nighthunter Union is considered one of the elite bounty hunter guild that operate across the Balelands.


All members of the Nighthunter Union are considered "Nighthunters" and they do often work alone. But the organization does have a structure in case of disciplinary action, a dispute over a writ, or if a team of Nighthunters - called a 'Voy' - had been assembled to handle a writ.

The Nighthunter Union as a whole is led by a triumvirate of three Hunter Captains, called Stalkers. Membership in this triumvirate is done by drawing lots from among standing Hunter Captains of regions with a Nighthunter presence. These lots are drawn every three years and presided over by the members of the current Stalkers to prevent a Hunter Captain from remaining a Stalker for more than a single three-year term.


The Nighthunter Union, after three centuries, is still a mercenary company to its core. They are known to take their contracts - the Writs - seriously. Nighthunters are best known as bounty hunters tasks to deal with a dangerous freebooter or wild animal. But they are also often contracted to recover items from dangerous people or situations.

A writ opens many doors for Nighthunters. With an active writ, a Nighthunter has both a broad authority, but a narrow focus. Local law enforcement often prefers to work with Nighthunters than against them, since refusing a Nighthunter is likely to cause the Nighthunter to be more destructive in reaching their assigned target. Cooperation means less collateral damage.

It isn't unheard of for a Nighthunter to perform work for free, but the action is rare and most don't count on being able to appeal to a Nighthunter's 'charitable' side. After all, to a Nighthunter a writ means their ability to put food on the table.


Nighthunters follow a simple set of rules when it comes to their daily actions. 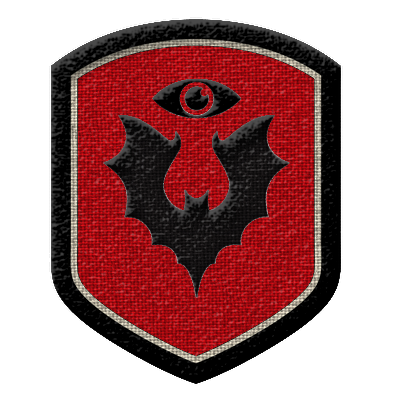 We See, We Remember

The Fiven Chronicles is a work of pure, unabashed fiction. In fact, it considers itself rather noble and quite proud of itself, when it isn’t worrying itself to distraction. Names of characters, places, events, organizations and locations are all creations of the author’s imagination for this fictitious setting.   Any resemblance to persons living, dead, or reanimated is coincidental. The opinions expressed are those of the characters and should not be confused with the author’s, since the characters and the author tend to disagree a lot.   Unless otherwise stated, all artwork and content are © CB Ash, All Rights Reserved

I’m intrigued! Want to see these guys in a story!

Oh, they're an interesting bunch! They get referenced a lot in the current story. I'll see if I can get myself in gear and get some short pieces done with them!