Today we have claimed one of the ships of the old empire, we have brought it back online. I still feel like we are children fumbling around in the dark for the guiding hands of our parents, we can restore, but we still cannot create
— Pelinik Kar - The Magnus: A Brief History

The Magnus is a derelict ship in a geostationary orbit around a gas giant, now in use as a major trading hub. Eighty years ago, the ship was located by a small band of Fraal who had been looking for a new place to settle. When they found the ship, the containment fields around the ship's twin power stations were failing and as they were the gravity around the ship in the space nearby was increasing. Desperately they sought to restore the computer systems to find out more about the power of the ship and how to restore the containment systems. Under increasingly difficult conditions, they finally managed to restore power to the ship, along with life support and several other minor systems. Finally able to get further information out of the ship's on-board computers, they were able to restore habitability to most of the once Super Heavy Dreadnought. Though they were able to pull out the technical information to maintain the ship, they weren't able to break any of the encryption methods used to secure the full technical data to replicate or repair any of the ship's on-board systems or weapons.     During their first year, a number of people who came to the station realised that the weapons systems were inoperable, as tensions increased between the owners of the ship and their clients and customers, the inevitable happened. A group called the Scarlet League, an organisation thriving on piracy, attacked the station, preying on the supposed weakness seen in having no active way to defend themselves. While its armour stood up to the assault for several days, it eventually began to buckle under their continuous assault. At this time the governing body of the ship decided to use the only weapons that they could think of, the power stations themselves, releasing the containment systems was risky and would take time to fail completely, but during that time, gravity would increase exponentially as twin singularities attempted to escape their confinement. The Scarlet League quickly realised that they would not be able to escape the devastating forces that were being unleashed, even as the gravity started throwing off the trajectory of their weapons, an uneasy truce was negotiated before the containment systems were brought back online and to this day is still used as a cautionary tale, as it has been the first and last time that the Magnus has needed to employ such methods of self-defence.

Weren
Makes up roughly thirty percent of the population on board

The government of The Magnus is comprised of four people, each a representative of their respective areas, Trade, Maintenance, Security and Logistics. Each of the members are psionically active and mentored by the Fraal who remain. Within each arm of the government the leaders seek out those with the potential for psionic awakening to be their successor, not naming their successor until after their death in recorded testimonials, avoiding any unexpected deaths among the council and ensuring stability within their arms.

There are no weapons that are functional on the ship itself, with the slip in technology from the Old Empire no one has the expertise or knowledge to repair or replace the weapons arrays, nor has anyone been able to decrypt the computer systems as yet to get those schematics. There is only one defence that the ship has been able to utilise in the past, the twin singularity power plants. Destabilising the containment fields around the singularities creates two equal and opposing gravity wells, ships caught between would be torn asunder, while ships to either side would be pulled in and crushed. If the containment completely failed, there would be no escape and the entire solar system would be destroyed.

Head of security, Velkira, runs the security detail more like a military outfit rather than station security. Often using unused sections of The Magnus for drills and shadow games to hone and improve the skills of her security forces. Most of her forces consist of people who were born in space, either on The Magnus itself or from one of the many itinerant fleets that roam the sector. Security has two branches, Claw and Wing, the Claw branch are the traditional foot soldiers and the Wing branch are a relatively new addition, with the success of the trading hub, the council has decided to begin purchasing small fighter craft to help in its defence, rather than relying on breaching the containment of the reactors out of desperation.

Trained in traditional close quarters fighting, the Claw branch of the security forces excel in small arms fire and melee combat, often going through rigorous training exercises to hone their skills and knowledge of corridor fighting and guerrilla tactics used on a large ship such as The Magnus.

While trained in traditional fighting like the Claw branch, the Wing are given rigorous training in the use of the newly commissioned ships, though there are more pilots than there are ships, those who do not see as much air time are also instructed in the maintenance of their ships which they regularly undertake rather than leaving it to their technicians.

The infrastructure of the ship was mostly intact from decades earlier, it was simply inactive or defunct until it was reactivated by the Fraal who rediscovered it.
Life Support
The most essential part of any ship, life support is granted to most parts of the ship, there are some compartments that are exposed to space, however, with a ship as large as The Magnus, those compartments have been locked down entirely and separated from the rest of the ship with heavy bulkheads.

Containment Fields
Electromagnetic fields that are held in place with the power generated from within them and with additional power from auxiliary backups. These fields are used to contain the power and extreme gravity effects produced by the singularity power plants that provide the necessary power to the ship, even if the ship barely uses ten percent of their power output.

Water
Essential to all life, the water reserves on the ship are refilled when they are required by haulers that go out to the ice belts around neighbouring planets, or life bearing planets in closer solar systems. Expelled bodily fluids are treated and all water is extracted from them while the rest is broken down at a molecular level to be used as raw material for replication units around the station.

The Fraal who originally took the ship with their expedition died within four decades of the group founding the Magnus as a trade hub, mostly of natural causes. While they had offspring who inherited the access codes to administer the ship, they were mostly unable to sustain their own expensive tastes compared to the income from tariffs and taxes set down by their forebears. While increasing these costs they started to drain the profits at a rapid rate, the increases started occurring daily until people stopped bartering and moving products through the ship.   A splinter group arose within the ranks of the Fraal that could see the end of their enterprise quickly approaching, in secret they trained a group of security personnel with the potential for psionic awakening, finally confronting the other Fraal in a swift Coup that changed the nature of the trading hub. No longer would it be run by those who owned it, but by a security council, comprised of the heads of Logistics, Security, Trade and Maintenance. Every member of the council has their psionic potential awakened and the positions are opened to everyone who has the potential except humans, though thought of as extinct, the rule still exists just in case those horrors of the past reappeared.

Answering: "Describe a settlement that’s a major trade hub. What can you find there?"
Visit Fritzeig's Competition Page Check all other answers to this prompt Competition Homepage 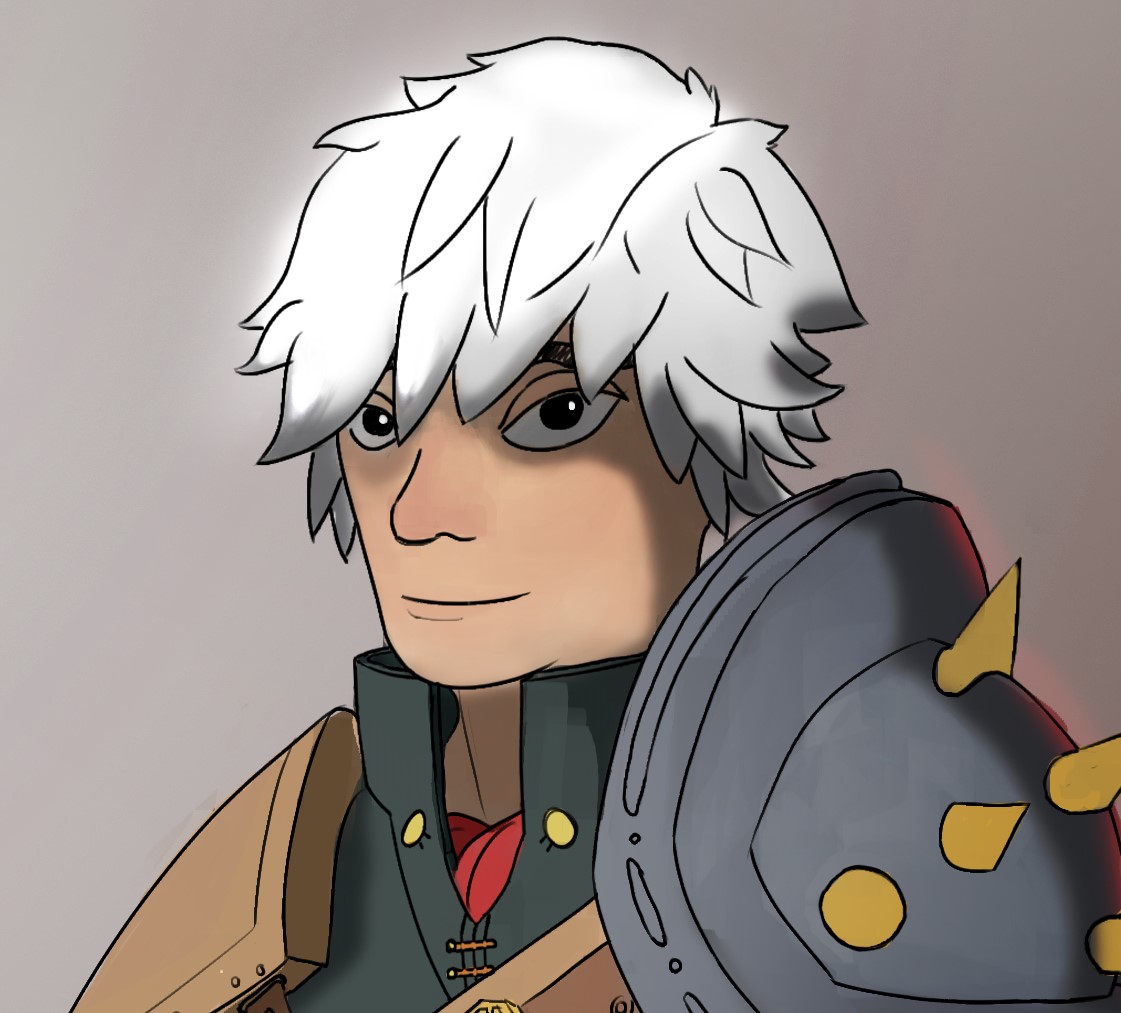 Thank you for your feedback! I'll look at making those changes

Also I didn't answer about the attempts at control, other than the coup d'etat, there have been no other attempts to seize control of the reactors or the ship. I wonder if I should elaborate on that more.

Nicely detailed, you've clearly put a lot of thought and effort into this! So, after the Scarlet League were forced to make a truce, what happened to them? Did they continue to grow and expand, or were they stopped?   Also, may I make a suggestion? The first two paragraphs are a little hard to read all at once - expanding the paragraphs out a bit will help a lot.

Thanks! Ahh, the scarlet league, that is a good question, and one I will answer in the future with an organisation page. Thank you for the suggestion as well, I'll work on splitting those paragraphs up a little more.

Space those two out a bit, maybe add some sub-headers and some quotes to break out the block of texts, maybe add some interesting side notes to the side panels... It'll make an already great piece really come to life, I think. :D

Fraal? IS THIS AN ALTERNITY WORLD?! *gasp* So is my Hydria <3 Awesome work Fritzeig - it sprouted some amazing ideas

hahaha, yes it is! I don't often get to play around with sci-fi settings and I love the alternity system even if I haven't had much success in being in games for it.