(Administered by Doctor Ju'lant [Chea])
Reason to Apply
When asked this question, subject went silent for a long while before answering that he "Wished to get a new lease on life."
We checked criminal records based on this answer, and found a couple of misdemeanor charges, nothing to bar him from service. We assume he might be escaping the rather low-standard lifestyle of Sig 5.
Potential Motivations and Goals
Asking about what he wants to gain from this venture were again met with a moment of silence, indicated he either is formulating a lie or thinking of his wording as he didn't prove slow in the basic mental aptitude test.
His answer, in summary, was an urge to settle down somewhere fresh, where he was his own boss. Upon asking if he had a problem with authority, he declined and corrected his answer. "Authority is all good in my book, but my leader needs to have my back no matter how shitty things get. It's more than a title, you know?"
He also mentioned an urge to improve upon his skillset in a productive manner, stating that the armored vehicles held by the motor pool have been optimized to near perfection, he even stated he managed to craft some reactive armor from scrap.
Psychological Evaluation
I feel this subject is hiding a past that he is not proud of, whether it be criminal or just a shameful one is yet to be seen. He does not seem ‘hardened’ by it and maintains a cleanliness and educated demeanor. Carmine might be some form of problem with trust and those above his station. However when I pushed on the topic of being lead by another, he seemed open to the idea but he will not blindly follow someone based on title. We need to ensure he can work with who we choose to lead.

Overall, His mental status is good, and I give him approval.

Carmine checked in no weapons or gear besides his obviously home-modded Digger Company Mobility Suit (Working for Digger Co. wasn't in his resume, am I justified in being curious where he acquired this suit? Ju'lant to clarify?)
Mobility Course

If there is a candidate that would kill the ancient phrase that a “humans can’t jump,” Carmine would be it. He has tremendous lower body skills; combined with his jump boots there was no verticality he could not scale in good time. His balance was well enough trained to compensate for it, I can only assume he did a lot of climbing on Sig 5.
Full marks and full recommendation, the planet they are traveling to can be very rocky. That skill set will be useful.
Combat Course

I find it hard to believethat he has only done motorpool and bouncer work, he is not perfect by any means but he sure as shit has to be trained by someone.
He uses his lower body skill well enough, downing one of our sparring staff with a well-placed blow to the stomach. He was overwhelmed at long range, however, with little protection he was quick work for the stun snipers. I don’t think that should prove too much of an issue in a Stage II recolonization.
Endurance Course

Nothing too notable here, he sprinted a good way without being winded but nothing to write the Director about. Standard marks all around.
Summary

I’d recommend Carmine for service in the Colonization attempt, he has skills where he needs them. He is quiet, efficient and relentless in close quarters. His mobility and combat ability is very impressive for a Firstheart; that means a lot.

Carmine was born and raised on a Stage 3 Colony planet called Sig 5. The place at its best is a crime-ridden over-cramped hellhole. Carmine does not know of his parents, as only two years after birth, he was sold into a growing child-slavery ring local to the planet.
He spent his childhood surviving and scavenging amongst the ruins, many nights he survived without warmth or food, many days he endured physical and mental torment.
Yet among all the over-cramped buildings, there was knowledge for him to soak up. How took strip down a powerbox for the valuable materials, how to reroute a security camera guarding some sweet bread-buying loot. He had a knack for it, and it caught the attention of a particular Ral-mi in charge of the local crime syndicate.
He was 'adopted' by this Ral-mi at the age of six. He was raised alongside many Hiserabi, learning how to grow past small takes and scavenging. He showed a gift with machines big and small, and found himself working with the syndicates motor pool or working with thug teams as support.
Carmine felt like he belonged, he belonged to a family, he belonged to his Ral-mi. He would do anything for him, until the unfortunate day that a schism took place. After a string of bad jobs, a revolt occurred in the syndicate. Many were killed, many were made an example of. The Ral-mi leader became paranoid, feeling that any one of his underlings might have been sabotaging the operation.
The human among Saza fell directly under the cross hairs. By the time the Ral-mi had finished with Carmine, he had been struck and mutilated within an inch of his life. Before the finishing blow could be struck Robert Kiska, the self-proclaimed law of the city, found him. Despite the many spats and rivalry between Carmine and Robert, Robert knew that there was some good in Carmine and gave him the chance to escape rather than fall with his Ral-mi master.
He took the chance, and with Roberts help, made it off the planet to find opportunity in the greater solar system. He hopes to find this chance with Columbus Colonization, LLC.

Carmine is of a light build, almost lithe underneath the layers of mechanical jumpsuits he wears. He is physically fit, not as much as some of the crew he serves with, but he can hold his own if need be.

Bronze skin, Slicked Greaser Hair. His facial features speak of man with Hispanic descent. Carmine's most prominent feature is the trio of slashes around his right eye, caused by the claws of an angry Ral-Mi.

Carmine does not have much Meta-Physical specialization. He finds meta-work takes away from his mechanical affinities. His mentality is along the lines of if he can't do it without meta, then he was not meant to do it.

Carmine finds himself uninterested by the banners and their leaders. He focuses more on himself instead of religion and politics. However, this is a side-effect of his criminal upbringing, were he to find the right people he would be convertible. Everyone needs something to believe in.

Carmine speaks like everyone is his friend as soon as they lay eyes on him. He is quick to resort to jokes, and is not above cringe-inducing puns.

Carmine's dialect is influenced by his time as a mechanic, he speaks with a casual tone. His accent could be found in a 50's Mechanic's shop.

Carmine takes two raiments, one for the workshop and one for combat.
In the workshop or around the habitat, he wears a Columbus Colonization Mechanics Jumpsuit. He always wants the look the part of grease monkey, so the denim-like jumpsuit with its dozens of pockets and grease-resistant coating is a perfect fit.
When asked to go into the field, Carmine sports a Repurposed Digger Co. Exo-Rig. This space-faring suit typically is used for asteroid miners in extreme conditions, but Carmine has found use for it planet-side. With a modified boost pack and weaponized cleats, Carmine seeks out the flanks with his mobility and strikes with skull crushing kicks.
The raiment also sports a Rebreather and Enviroseal while intended for work in a vacuum, also provide Carmine with sustainability in dangerous planet-side environments. The suit also packs a micro-power plant, upgraded by Carmine himself to support his jump pack. 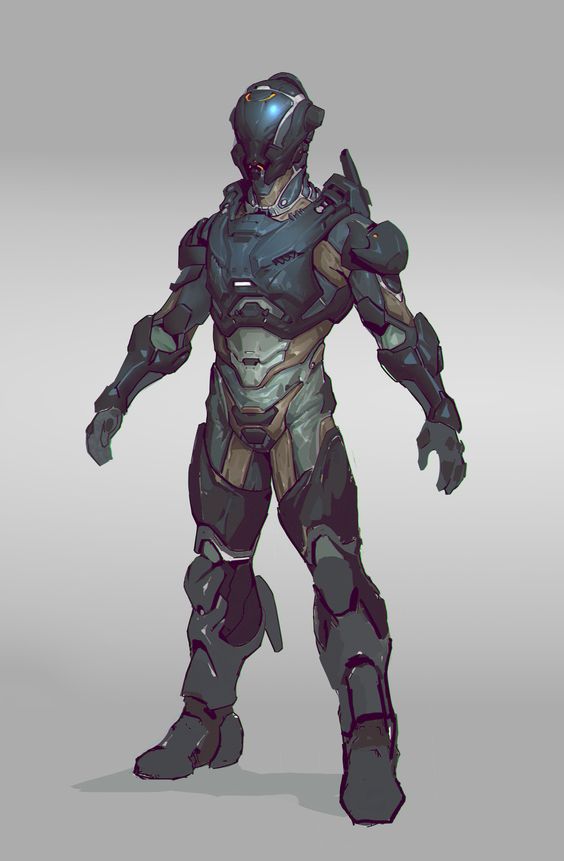 People important to this character, and why.

Adelai Malkovich, has at least some amount of history with Carmine, even if it was only the brief weeks before being chosen as a colonist. He worked with her during her evaluation, and gained a meter of trust in her.

What their goals are.
Carmine wants to carve out a life for himself and hone his passion for mechanic work into something he can make a big difference with. That goal serves to leaving his past behind, and focus instead of his future.

What they hold dear morally.


A good friend is worth more than a thousand acquaintances.

I scratch your back and you scratch mine. As long as we keep square.