"I once journeyed with a tabaxi woman, those eyes never missed a thing. From a dilated pupil to a drop of blood on a sleeve, she always discovered the overlooked." -Queen Rosalind Avon, 904, 4th Cycle

Sleek and agile, tabaxi have roamed the world for thousands of years. Older tabaxis will settle down in a town or village to serve as a skilled craftsman or worker, but younger ones have a restless spirit that drives them around the world in search of new sights and experiences. No tabaxi homeland exists like for elves or humans, but tabaxis have a way of turning whatever town they grow fond of into a home. 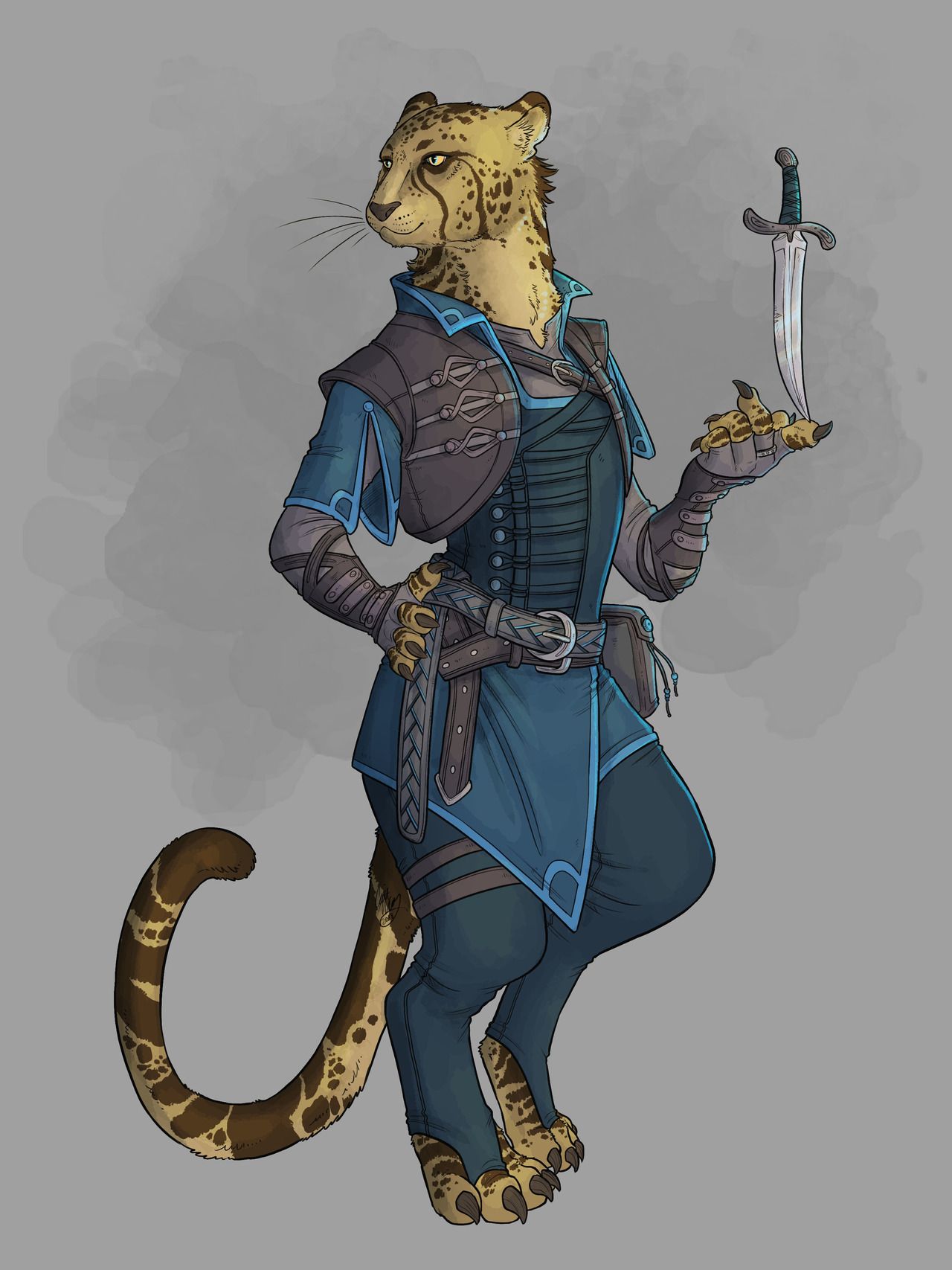