A tiefling paladin and former member of Rakka's Heroes.

Kipp appears as desolate as the icy wilds she grew up in. Her horns twist upward and branch out in the jagged pattern of icicles (and are actually crystal-like icicles, upon close inspection). Her hair is kept long, for warmth. Her face is painted with the distinguishing markings of her old mercenary company.

Kipp was born in the Icy Wilds of Myltev. Ashwill Vala, her father and a mercenary in a ruthless Myltevian company, sold Kipp to the group's fiendish commander in order to pay his debts and become a free man. Kipp held no hatred towards her father, as this was the tradition in the Vala family for generations. Kipp hoped to one day pay off her debt in coin instead of having a child to pay off her dues, however if she grew old without being able to do so she would continue the unfortunate tradition (Credit to Pixelkiki for backstory).   She ventured with Rakka's Heroes for several months, fighting elven ghosts and devilish gnolls alike in a desperate attempt to pay off her debt. She became close friends with Cedar Amateur de Fruits, the party's fey druid/healer who would sometimes sleep in the tiefling's hair in between fights.   A terrible encounter with a ghost left her aged twenty years in a matter of seconds, so with little time to spare Kipp attempted to further her education and teach herself how to read. Unfortunately, these plans never came to fruition: one night the party stayed with a group of farm hands at Pelaios Ranch when a pack of dark elves from the Verschow raided the ranch and burned down half the settlement. The drow brought with them a terrible monster capable of possessing corpses, and despite a valiant fight Kipp was killed by the raid leader's poisoned blade. The party buried her atop a hill on the outskirts of the ranch, Cedar weaving a necklace out of her hair and a piece of her horn to honor her memory. 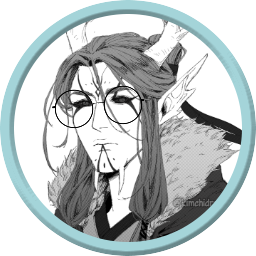