Excerpts from the Journal of Thinik, Guide of the Lifestone Forest expedition

We've been traveling for 5 Cycles and now we can smell something. Talroken wanted to continue ahead in her excitement, but Erethen overruled her and she finally gave in after almost an entire period of arguing. We were all exhausted from the travel and we needed to be alert for whatever lie ahead. The smell is sweet and could be food of some sort, there also seems to be a mist in the air, possibly a river. We will leave in the Late Green and find out what is out there.

It is breathtaking. I've never seen anything like this. When we arrived, water was falling to the ground like a misty waterfall and our footsteps would sink into the soft ground. A thin layer of fungus covered the entire bottom of the cavern, but there were beautiful flowers spread across in a wave of color. It is massive. We have explored it for 3 Cycles and still have not found the edges. The food is amazing, but Erethen says we need to be cautious. There is familiar fruit, which we limit ourselves to, but there is some we have never seen before. It was just laying on the ground, much of it smashed, but some still edible. In even more incredible discovery, the fruit was falling from the ceiling! We can't see that far up, but Renthen and Marguin climbed up the walls and found a misty white fog and TREES! I only know those from stories, but Talroken confirmed they were trees when they came down. She says we have found our first forest. This will save the city, thank the Great Guide!

The Lifestone Forest is unique in that it seems to grow upside down. The cavern floor is covered in a thick soft mold developed from years of fruit and plants dropping from above. The ceiling has a variety of trees and plants growing thickly together. There are great thick vines that weave around many of the plants. The forest cavern is massive with miles explored and many miles still unexplored. There are also dozen of tunnels leading out from it and many seem to lead to similar forests.   Renthen River flows through the cave, but moves very quickly making it difficult to traverse. It flows from a small alcove that leads further into the stone from unknown sources. It is a fresh water river with many fish and marine life. It is known to fork several times and produce small streams throughout the cavern floor.

The upper forest is covered in fruit bearing trees, grass and bushes. The vines, called Piper Vines, seem to weave around many of the trees and help stabilize them. The vines have many small pipes in them that seem to draw nutrients from the plants they wrap around. There is a thin cloud of mist that hangs over the entire cavern masking the forest from below. It constantly drops misty water over the cavern similar to a light rain.   The lower forest has a ground of mold growing making it very soft. It devours anything that lands on it very quickly and can be deadly if not careful. Most of the original expedition were very ill on return and many did not survive. Smaller plants have found a way to coexist with the mold and grow around it. These seem to be flowering plants of the trees above where small flying insects create their hives.

Besides the available food source, the Lifestone is the most prevalent resource. This is the stone in the ceiling of the forest which seems to both hold the forest together and promotes the growth. It is very porous, but strong enough that the roots do not break it. It was mined early in the discovery and brought back to the city for research. It has led to the invention of the hydro farms.When people realized the mining was destroying the forest, people pushed to stop the expansion. It has slowed in recent eras, but not stopped completely as the need for food and more hydro farms has become a constant struggle within the city.   This special stone seems to be the key to creating plant life outside of fungus in the underground. It does have slight glow to it which seems to mimic the light needed for photosynthesis. Because of this, the leaves of the trees grow closer to the stone and fruits grow outward. The limbs that stretch further down seem to have very few leaves, but do bud the fruit.   After being mined, it was discovered that the light faded over time and the rock began to degrade. After more research it was discovered that the light is actually a chemical reaction by the secretions of an array of insects. These insects are group known as Lifebearers and were imported to the Hydro Farms to keep the stone from degrading. These are not eaten by the people as they are poisonous, but they are strictly controlled since there are no natural enemies in the farms. Several specific insects fly and also help to pollinate the trees up top. They create hives in the Lifestone and bring the pollen back with them. This allows the pollen to spread to the secondary seeds within the roots of the trees. These secondary seeds then begin to sprout within the Lifestone.   This cycle of life within the forest is very sensitive to change. The mining area was about 10 miles wide and the removal of just portions of the stone has killed most of the forest in that area. The miners were trying to be careful not to destroy too much, but when they saw that the area was dying, they stopped mining further out. They are still currently mining the stone in the original area, but recent studies have shown the ceiling has become unstable and has concerned several council members.
Creatures of the Forest   On the floor of the forest, it seems very little might live, but that would be wrong. Herds of three foot roaches roam the land and feed on the mold growing on the ground. Other large insects also roam the grounds. Six foot tall beetles skitter across the green mold leaving spore clouds in their wake. Eight foot long centipedes crawl below the mold. Several creatures seem to burrow beneath the thick layer of mold. Bees the size of bats fly between the flowers blooming on the ground and the forest above where their hives lay in the roots of the trees.   Even more amazing creatures exist above in the forest. Small glow worms crawl through the roots and the hives.
Known History   Over the last 6 Eras, research has been done to understand the history of the Lifestone Forest. At first it was thought that it was a surface world forest that found a way to survive, but recent research has proven that false. The forest is judged to be well before the Great Quake. This has left many researchers baffled as to its survival and why it is there. Then the remnants of a settlement was found under several layers of the mold. Someone lived here before the Great Quake and survived for what seems to be several generations. Where are they? What happened to them? These are questions still not answered.
Type
Forest
Location under
Hydro Stratum
Related Materials
The Toronka   Intelligent life was found at the far reaches of the forest. Their settlements are not like the ancient ones found, but could be the reason for their downfall. They are a fierce race that attack with no provocation and without mercy. Many Crevacians have fallen to their brutal attacks. All attempts to further explore the great caverns of the Lifestone Forest has stopped. A fort has been set up at the entrance of the cave that leads back to Crevice to stop the small bands that sometimes approach. No direct attack has happened, but scouts say there are many settlements with hundreds of the Toronka.

Mantis: These are the most dangerous hunters in the forest. Although they look similar to the Mantis insects, they are far more aggressive and don't seem to mind eating almost anything. The only good thing is that they only eat once every 6 Cycles. They can stand almost 6 feet tall, but can also lay in wait under the mold floor of the forest.
Flutter Bugs: These small bee like creatures help move the pollen from the flowers on the floor to the seeds in the roots of the trees. They make small nests in the holes. they have wings similar to butterflies and tend to mate for life.
Nort: This unusual reptile lives in the trees and feeds on the fruits before they fall to the ground. They are also dangerous with a poisonous bite that can paralyze victims. It is only 3 inches long, but is considered one of the most lethal creatures in the trees. 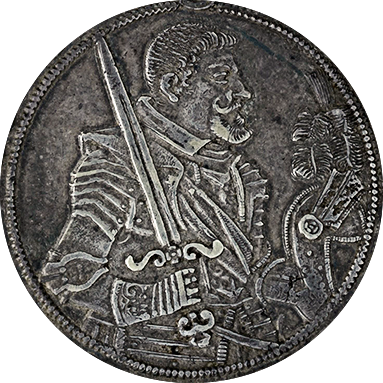 This is really inspiring! Are there/were there any natural predators in this place?

Yeah, I'm working on what kinds of animals live there now. Since the ground is pretty dangerous for most, they would have to live up in the trees...falling would be dangerous or deadly. Glad you like it. It's still a work in progress.