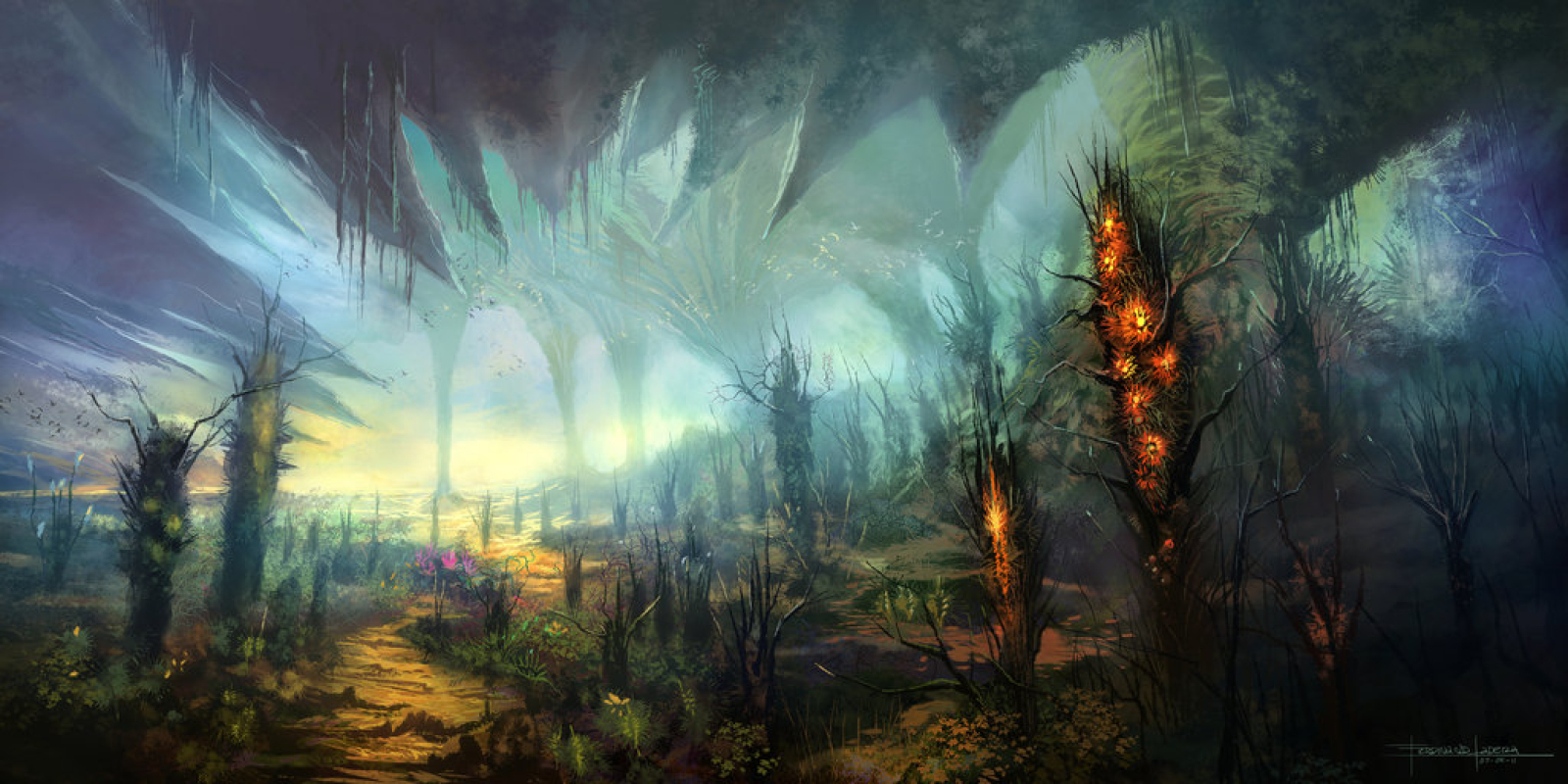 Exploration and Discovery   The rubble of the Great Quake covered much of the land. It took years to clear the area around the lakes in order to create Crevice. The Counsel requested scouts to explore many of the lower tunnels to find an appropriate location for another city. After several years of exploration, a small group stumbled on the Lifestone Forest and a new source of food. One that didn't seem to end, but was wild and dangerous. After the original scouts came back sick and most didn't survive, it was decided the area was not fit for settlement. Extensive research was done on the plant and wildlife of the area, but it not solve the problem of needing more space.   Thorinik Goldlarder, the leader of the Mining Guild, came up with a unique idea. He suggested the miners could carve a new area under the lakes. Deep enough to avoid problems with structural issues, but it would give easier access to the Forest. The The Kyren supported this decision and decided it would be an expansion of the city instead of a new city. This would create unity and avoid any conflicts between cities.   Cavern of Blood   The Aqua Stratum is where the water from above is processed and and filtered. The lakes above are slowly piped into special filtering centers. The Stratum is divided into 8 sections called Stations. In the center of it is the Beacon of Blood. The water from the Lakes flows over the Beacon of Blood and is dispersed between each Station. The Station pumps the water through two large purifiers and then is pumped down to the lower Strata. There is also four large Hydro Farms that grow a multitude of different plants using Lifestone.

The Lifestone Forest has most of the plant life on this Stratum. These plants were transplanted to the Cavern of Blood for the Hydro Farms.

Lifestone   A unique stone was found on the Hydro Stratum called Lifestone. These stones are a deep black and are found mostly on the cavern ceilings. It is very porous and seems to hold water. The area between the floor of the Lake Stratum and the ceiling of the Hydro Stratum is thick and has rich soil. The Lifestone holds the soil in place and has created the most magnificent wild forest growing upside down.   Piper Vines   Great vines weave around the plants both to feed on them and to hold them in place. These Piper Vines are very thick and weave over most of the larger plants feeding off of them. They create a weave around creating a security mesh that connects to the stone and walls. These plants grow a selection for wild fruits and vine vegetables, some get eaten by local wildlife, others drop to the floor and create a new layer of soil and plant life.   Price of Progress   The massive Lifestone Forest was originally mined for the stone and transported to create farms and grow food. This began with mixed results and foresters did not seem to understand the stone well enough to manipulate growth from it. After 40 years of research, people realized the damage that was done to the Lifestone Forest. It had shrunk by almost 30 percent and the farms were struggling to produce the food they lost through the mining. Eventually the people demanded the mining stop and the Forest be left to grow on its own. The mining did not stop, but did slow to a crawl and the people just studied the farms they created. The Hydro Farms finally started creating life and growing food.
Type
Cave
Included Locations