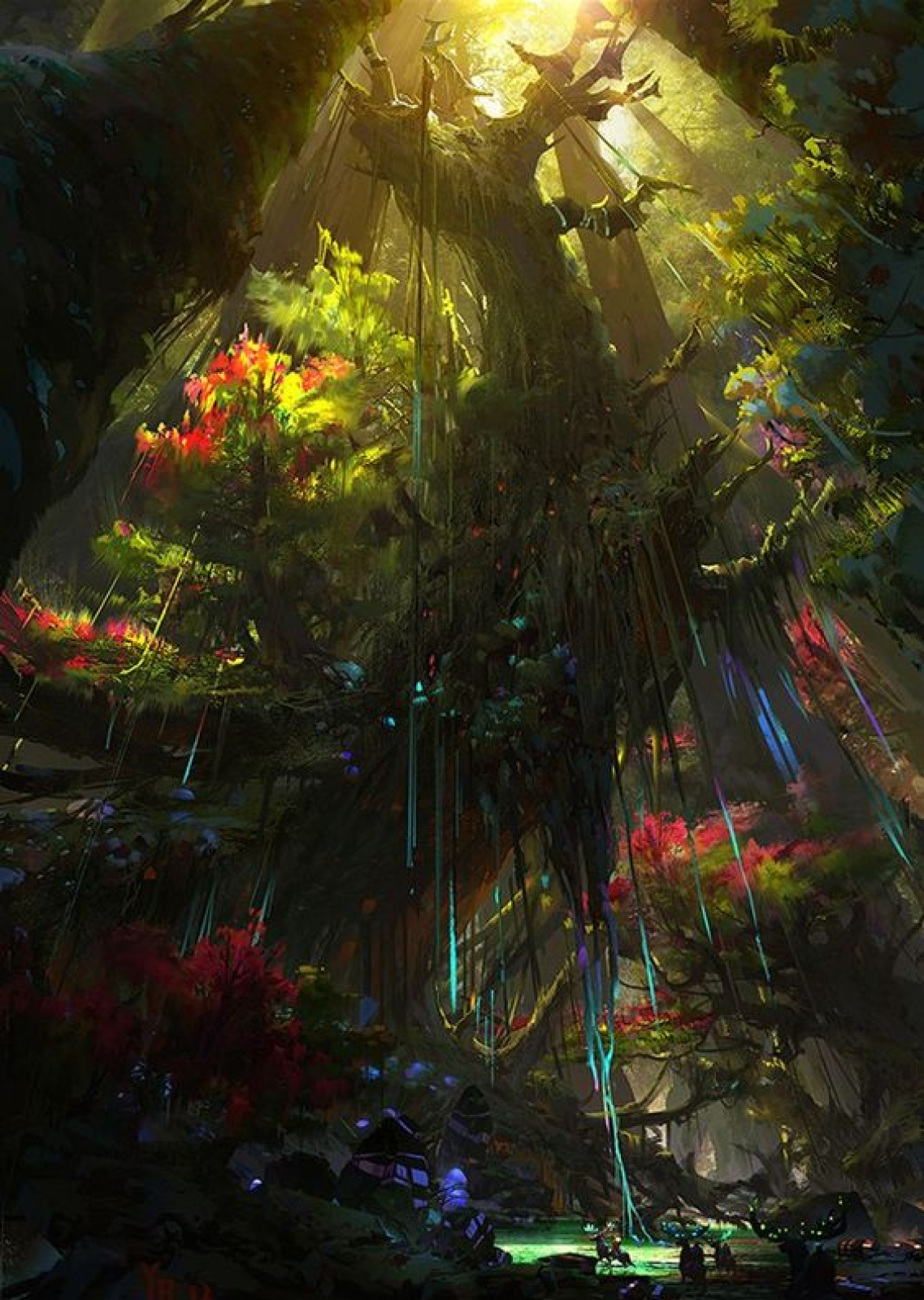 Water is the blood of the city and we are the heart.

The Cavern of Blood has two primary features: Hydro Farms and Water Stations.

These farms are replicas of the Lifestone Forest. They have recreated the ecosystem in four large farms. Each farm is worked by hundreds of workers a day used to both care for the animals and collect the food. This has to be done in a way that keeps the balance in the system which has required the farms to be very large. There are smaller farms throughout Crevice that does have a few of the plants, but without the rest of the system, have had trouble consistently providing food. In the recent Phase, there has been attempts to create the upsidedown farms on other Strata as well.

The water from the Lakes above flow over the Beacon and is distributed between six different stations. These stations will sterilize the water and distribute it to the other Strata. Waste water is also pumped back up to these stations to be cleaned and used in the farms.

The council is selected through a local vote. The Cavern is divided into 10 Grottos (neighborhoods) and each adult has a vote. Voting day is a holiday (half day for farmers) and is kicked off with a feast and dancing. Most of the members are usually farmers and pipers, with a few from highly respected merchant guilds.

Hydro Farms: Upside down farms created to help feed the entire city. Over half the population works on these farms in some way.

Articles under Cavern of Blood