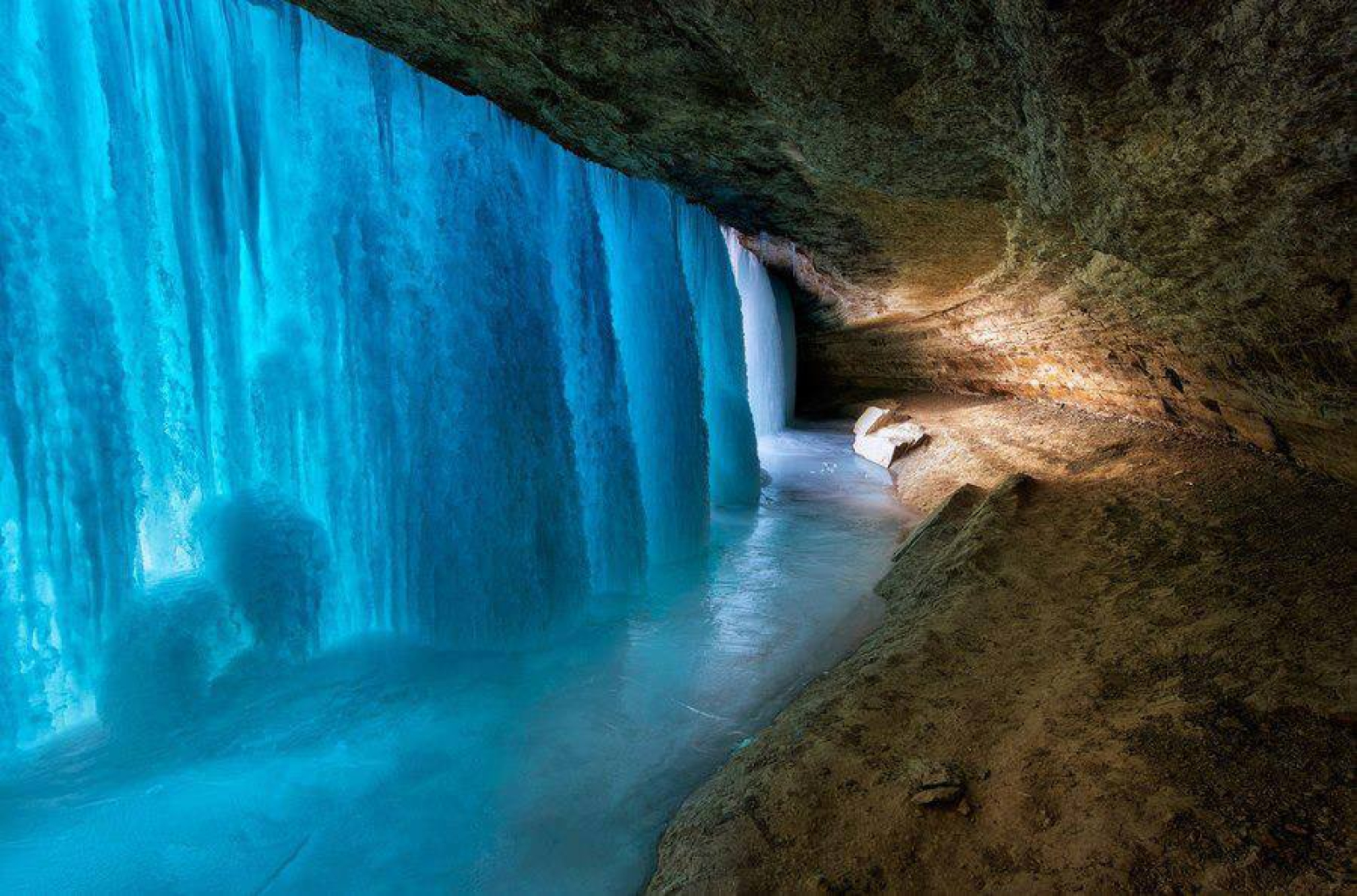 On the shores of two large lakes is the beginning of Crevice. Dimitree, The Eyes of Cynosure brought faith back to the people and built a beautiful city. He showed them that they could survive and thrive in the dark and that the dark was the safest place to be. A steady stream of survivors would arrive over the next 100 years. Families would grow and the city would expand over the next 500 years.   The rubble of the Great Quake covered much of the land. It took years to clear the area around the lakes in order to create Crevice.   Kraken and Laviathan Falls   These two waterfalls come down from the oblivion, the nothingness above, and splash into the ground with a constant roar. It has created two large lakes on the land. These shores were chosen to begin the city. The falls themselves could kill a giant with force that beats down into the lakes, but life still finds a way to survive. The fish swim down with the falls in a constant level. This is considered a blessing of the Cynosure and a sign that this is the location of life in Crevice.

Two massive waterfalls fall from unknown heights above and splash into the large lakes. The lakes flourishe with life that feeds the city. The water cuts through the stone walls creating many different rivers and caves. One of the larger rivers leads to a great body of salt water. This will later be named as the Endless Ocean.   The bulk of the land is uninhabitable because of the remnants from of the fallen continent. There are a multitude of ancient cities and lost monuments throughout the land. The Kyren have sent several groups to explore and recover what they could of lost knowledge.

The area around the lake has become ripe with life. The Lakes were spared much of the destruction of the falling continent and became the center of life. Edible ferns and fungus grew in abundance, schools of fish fall from the falls from unknown regions giving continued life to the city.

The exploration of the area was paramount to the survival of the city. Several caves led deep underground and the city began to mine stone from an area several hundred feet under the city. This stone was used to build and fortify the city. Reeds growing from the depths of the lakes also became very important to construction and the creation of ropes.
Dangers of the Lake Stratum   Vulnera   The most dangerous creatures are the batlike creatures that hunt from the oblivion. Their nests appear to be in the upper parts of the waterfalls. These creatures were first considered to be demons sent from above to hunt the survivors down. Any time a light or fire was built, they swoop down and carry someone away. The Vulnera were the primary hunters of the survivors for decades. When the city was built, defensive towers were built to fend them off. They very rarely attack the city, but anyone leaving the city is still in danger.   Nerils   Nerils are large worms that have the ability to dig through the stone. They are roughly about 3-4 feet long, but some have been seen as long as 9 feet long. Although they are not aggressive, the mining has disturbed their homes and attacks on the miners became more common. The bites are poisonous and can kill the victim if not treated. They have also destabilized many buildings over the Eras and caused a lot of destruction.
Cavern of Tears   The main area where the people live and work.
Type
Coast / Shore
Included Locations
Characters in Location
The Beacon of Tears   The Kyren built this in the center of a river built between the two lakes. Water flows around and down below the city to the Beacon of Blood on the Hydro Stratum. A great Temple built to bring faith to the people of Crevice and to discuss Cynosure and guide people.