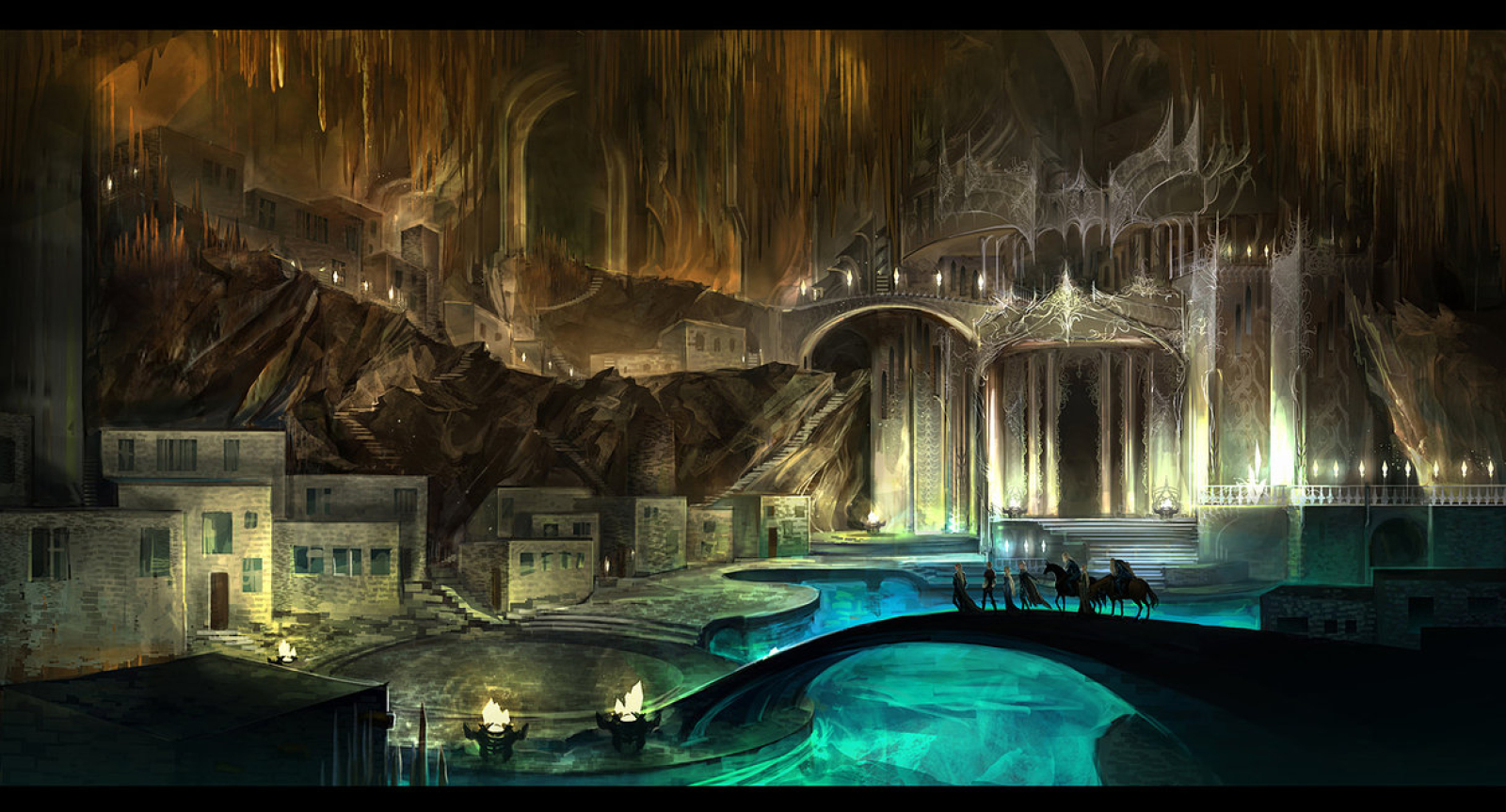 The Cavern of Tears was the first part of Crevice ever built. It ended the Era of Chaos and began the Era of Tears. It began on the shores of two lakes and continues to grow and change Eras later.   The people of Crevice   Over the Eras, the population has grown and expanded from the shores of the lakes to cover everything in between. The walls were carved out to create more space in different caverns for more people. They fought hard to survive and many realized that food and space were becoming even more limited. Once they expanded, the population would stabilize and it would become the location of the oldest families in Crevice.   Present Day   The noble families of Crevice live on the shore of the lakes. They laid claim to it several Eras ago and pushed many of the other families out. They are considered the wealthiest in the city and each has a representative on the Lake Counsel. The city is divided into six Grottoes or communities controlled by the noble families.

The Lake Counsel is comprised of a member of the 10 noble families. There is also 6 other members voted in by the people.

Towers have been built to kill the Vulnera that swoop down to grab the people.

As the oldest Cavern, the infrastructure is older and takes more maintenance. Some of the more modern advancements like Strata Lift and advanced water distribution have been slow to adapt.

As the oldest part of the city, it was built on the remains of the continent that fell from the surface. Once the Hydro Stratum and Guild Stratum were built, the noble families started to push their political adversaries to other layers of the city. They slowly gained control of the city