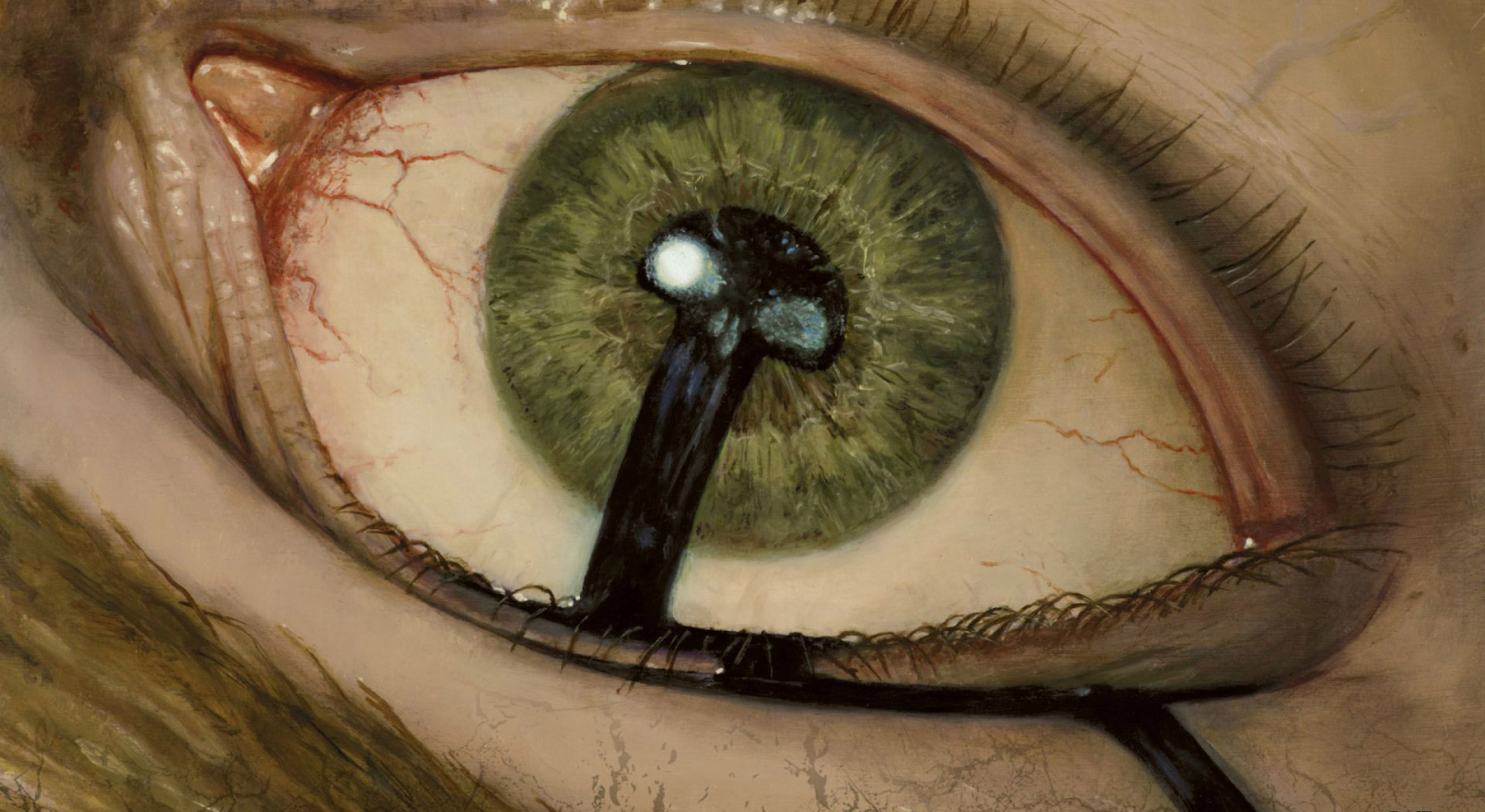 I like most of you have friends, family and loved ones affected and some devastated by the COVID-19 pandemic. My family has had personal trials and struggles with it and in no means should this article be thought of as dismissive or glorifying of the global situation. This may not be the topic for you and you should consider hitting the back button on your browser.   I originally created the Elven Plague about 10 years ago as a vicious tool used by the Unlife waging the Great War while the heroes of the Phoenix Watch struggled to hold back the night. You cannot measure the strength of your heroes without clearly contrasting the vile depth of their villains. This will leave no doubt the struggle is real.   It would be a pale definition of heroes without their dark reflections ...
... Avengers without Thanos ...
... Frodo without Sauron ...
... Batman without the Joker ...
... Jedi without the Sith ...

You should have seen him! A devil possessed elven warlock, red infernal eyes and black veins, like something that stepped out of the Lower Depths. His lightning bolt tore the roof off of the Copper Rat Tavern and then he summoned black tentacles from the ground that killed two guards and a priest. He finally went down when they filled him with a dozen crossbow bolts. It's true, my brothers friend is on the guard and he saw it all.


The Elven Plague was the first volley fired by the Kindred Vampires against the Elves of Praemal and Ptolus City. This was first blood against the Elves in the Shadow War , a war they did not even know they were fighting yet. Based on the insidious and deadly nature of the plague combined with famous elven arrogance it would soon be debated that they may not recover in time.

The Elven Plague may be transmitted by direct physical contact, including sexual relations, and close physical proximity between elves like an airborne vector, however far more insidious. it is believed that the plague targets the mystical personal aura of elves using their natural connection to magic to jump from elf to elf. As soon as an elf contracts the plague, they are infectious.

The symptoms have been deliberately veiled to suppress their signs for approximately seven days. Symptoms include fever, weakness and headache, beginning seven days after exposure. Eventually the telltale signs of black veins, followed by madness or death.     Stage 1 (7 days)
No apparent symptoms
Highly contagious
One in four stay at Stage 1
Stage 2 (7 days)
Onset of physical symptoms   Stage 3
Madness or Possible Death
One in four at Stage 3 die
At stage three the Elven Plague causes madness. The results of this madness vary widely and wildly. Examples include but are not limited to Amnesia, Berserk Aggression, Confusion, Fugue State, Obsessive Behavior and Paranoid just to name a few.

The Elven Plague infects all Elves and their sub-races with a few exceptions. Half-elves do not suffer the infection but act as carriers. This was actually manufactured deliberately by the Vampires of Vecna to help facilitate the spread of the plague. Drow elves, dark elves or shadow elves are not infected by the plague and hence do not not act as carriers. It is speculated that their underdark exotic environment or dark heritage linking them to the infernal makes them immune. Maybe even that the sun is a catalyst for activating the Elven Plague.

The prevention of the Elven Plague lies in identifying infected subjects and keeping away from them. This makes it very difficult for an elven healer being in close proximity to treat an infected subject.   After much time and delay two treatments would come to light. The first is taking a mystically binding oath of epic or divine strength. These would be a geas or quest administered by high magic, epic magic, true dweamors or the hand of direct divine intervention.   Some examples are the Oath of the Phoenix Watch administered with the Singularity Engine. Another would be an oath to a deity or boon granted by a deity taking the person into their personal service. This is a far more exacting event than a mere priest dedicating themselves to a deity or pantheon. Keep in mind this does not cleanse the plague but keeps it at bay, so the infected is no longer affected by the plague regardless of what stage they are at.   The second and far more ironic "cure" is Vampire Vitae. To invest Vitae in an infected elf as Trusted will suppresses the plague while any trace of vampire Vitae is within them. Embracing an infected elf to become a vampire eliminates all traces of the plague.   Although never confirmed it is believed that a potential for a cure also lies with Drow Elven blood.

As time goes on this will cause Elves to become alienated and feared. The other races do not yet understand the extent of the plague and will fear that they are at risk. This social fear and panic is elevated by the plagues veiled nature and the elves pride.   The elves initially keeping the plague secret was one of their greatest mistakes. They secretly attempted to cleanse and control it, which led to a much stronger negative social reaction when they failed. Eventually this could lead to elves being treated like lepers, banned or exiled from non-elven communities. 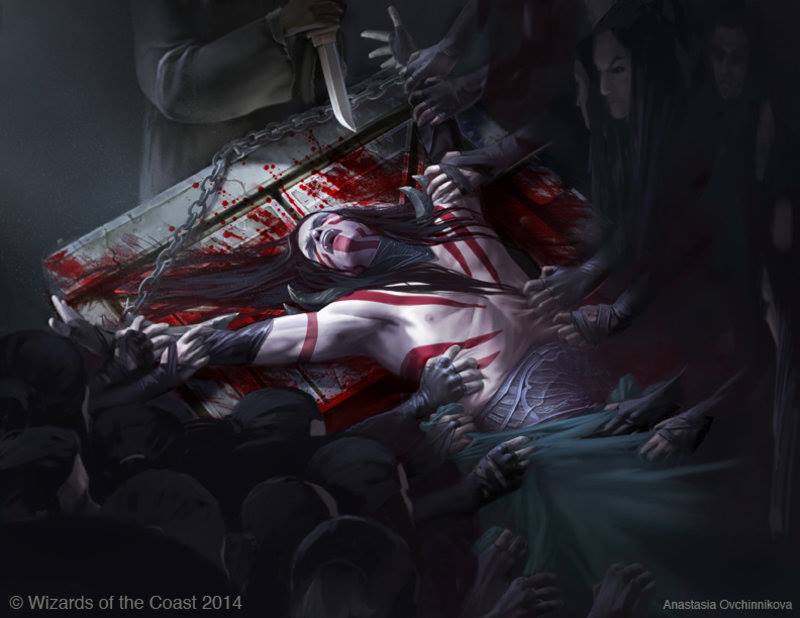 The Elven Plague is a manufactured mystical biological weapon crafted by the Kindred Vampires of Athas , under the direction of the Antediluvians and Vecna. Their research and implementation involved extensive medical study by Night Doctors, deep blood research by the Order of the Dragon , and many layers of Cruak Blood Sorcery by the Circle of Dust.   Most of this research and live tests were conducted on the conquered elves of Athas, before the Kindreds Shadow War invasion. It is believed the final part of the plague ritual was sealed by the combined vitae of the five Antediluvians and the divine blood of the dark god Vecna. It is also believed that Vecna laced the plague with something very old, something not seen since the Dawn War started. This may explain why the Bright Pantheon has not cured their Elven children.   The mystical nature of the Elven Plague is protected by a powerful veil. This initially causes mass incorrect diagnosis and failed or inconclusive treatment attempts while continuing to spread through the elven healers and support staff. The plague is so strong that the Kindred Vampires could not veil it symptoms for more than 7 days. 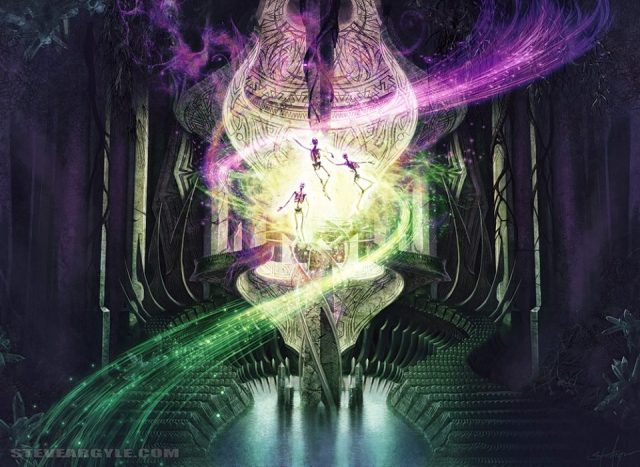 Lead Covenants
Order of the Dragon
Circle of Dust
The Veiled 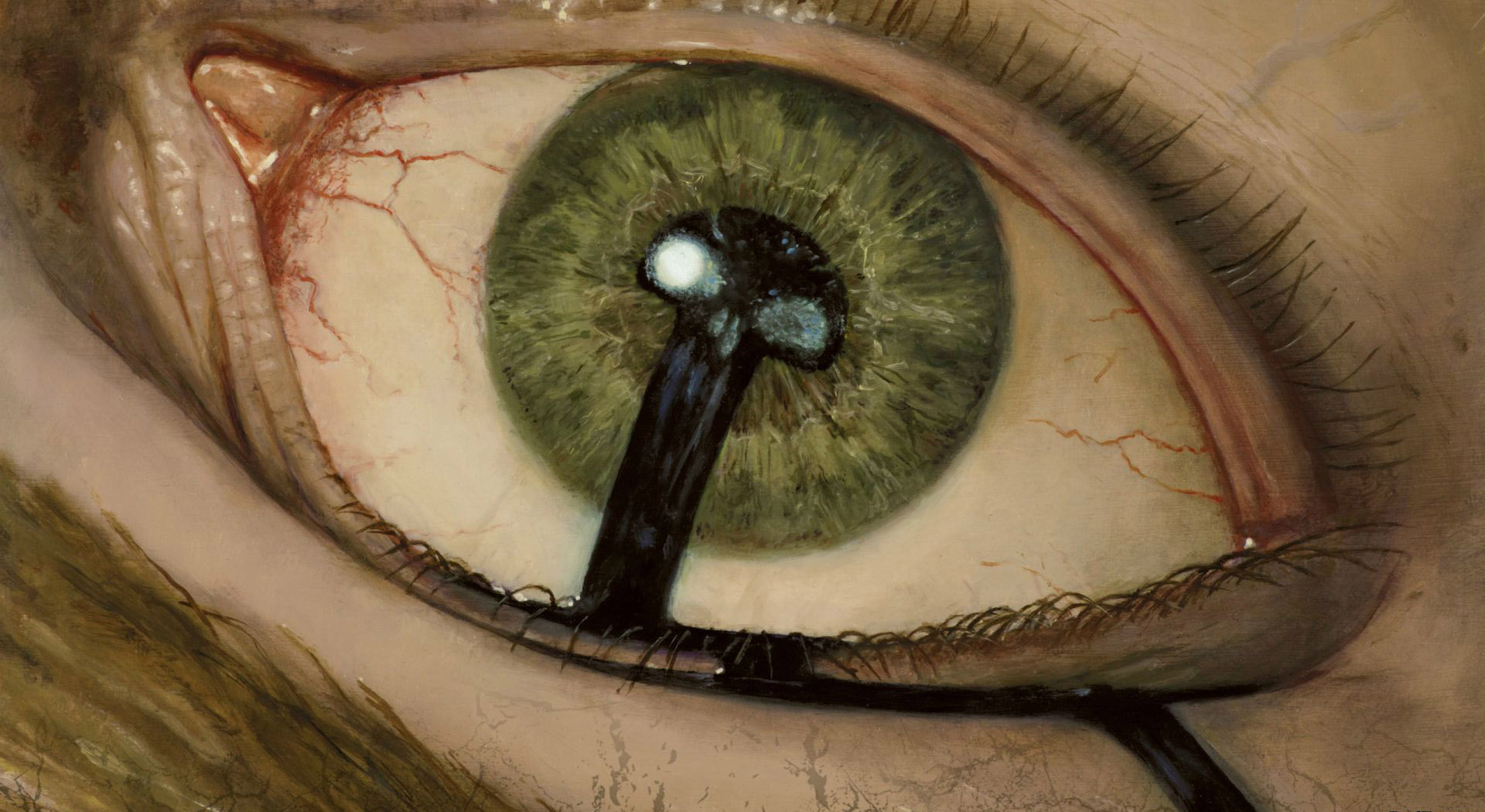 Answering: "Describe any condition or disease for which a cure has recently been developed."
Visit Graylion's Competition Page Check all other answers to this prompt Competition Homepage

So I'll start by saying that I don't think the disclaimer is necessary, but I've don't that too. Be that as it may, I appreciate your explaination afterward as to the origins if the plague and hope things look better in the future for you and your family.   Biological warfare is no joke, and the symptoms sound terrifying. Gotta give some credit though, weakening the enemy before the war really kicks off is a good tactic.   I never considered engineering a contagion with magic. That's clever and it sounds much scarier than it does with science. The fact that so many were involved is crazy too. So many factors went into it from the blood sorcery to the night doctors. That's awesome, horrible, but awesome.   From a rpg standpoint this could be an excellent campaign involving so many different adventures. Well done.

Thank you for reading and your kind comments. I am enjoying using World Anvil to commit many years of gaming and notes to official substance.