Petal like all sprites has the ability to grow when there is a chance of enjoying the company of someone larger than himself.

Petal was born in The Fae Wilds in the small town of Onata. He spent the first three hundred years after coming of age with his friend Cuán before leaving to join Amaryllis.   While spending time with both of his friends, he picked up knowledge just by paying attention.

Like most sprites, Petal learned all about herbology during his years growing up. This allows him to assist Amaryliss while she gathers herbs for her medicine cabinet.

Petal finds it very embarrassing that he never did try to pursue Amarna while she was learning from Amaryliss.

Though he seems to act childlike, he is highly intelligent and knowledge-driven. Whenever he can, he tries to sneak off to the library to find something to read.

Though he finds joy in many things, his greatest joy is in learning. He is a very serious sprite and thus sometimes feels out of touch while interacting with others of his kind. With this in mind, he has learned that he is actually a well-respected sprite for his diligence in fulfilling his duties as a courier.   Gossip is a natural thing for most sprites, but Petal has learned the art of not passing along information that could be harmful if it ends up in the wrong ears. To this end, he is willing to keep secrets if he is asked to.   Betrayal of one's friends for the sake of gossip has lost many a sprite those friends. So this means Petal will never do such a thing; he values the few friends he has.

Petal has a personal taboo against letting one suffer if there is anything he can do to alleviate the suffering. This usually means acting like a buffoon just to get a laugh.

Petal has a fondness for fruit. He also enjoys eating grubs and insects which are normally harmful to plants, like ants and aphids. The thought of eating anything larger, such as beef or pork makes him want to question the world. He understands that some of his friends do enjoy eating such things, but he is still baffled by the concept.

Though he isn't your typical gossip, he finds himself drawn to listening to gossip as a means of information gathering almost to the exclusion of his duties as a courier. He has been known to pass along his message only to be distracted, by tales of what is going on in the world. He dislikes that he may have missed the news by spending so much time with Amaryliss.

Whenever he becomes angered, he stomps his foot, just once, and it doesn't matter if he is standing on a stool, your shoulder, or your head. He has even been known to try stomping his foot while hovering.

Petal, like most sprites, tends to use childlike phrasing.  He is constantly referring to himself in the third person.
Corrigenda    Fae    Fae Wildlands      Fae      Sprite      Petal
Species
Fae
Ethnicity
Sprite
Age
700
Children
Presented Sex
Male
Sexuality
Petal has no preference and therefore is willing to enjoy interactions with any gender.  Though he seems to get more attention from the ladies.
Eyes
Bright green with flecks of gold
Hair
Petal likes to keep his coppery hair fairly short.
Skin Tone/Pigmentation
Pale tan.
Height
Five and a quarter inches
Weight
One and a half kilograms
Aligned Organization
Fae Court

"Amaryliss, Petal delivered message. Druid made sure Petal ate. Franco gave Petal candy." Holding out the last of the violets for her to see. Then his eyes narrowed. "Petal locked out of healing house. Petal faint for hunger and fatigue. Petal stay with druid now." He flew back to Sergei's pocket and climbed in.

"Petal no like that guy. He sound like elf scholar in Cairn Balorng. All high and mighty and better than Petal."
— Collection of Petal quotes from "Hope" 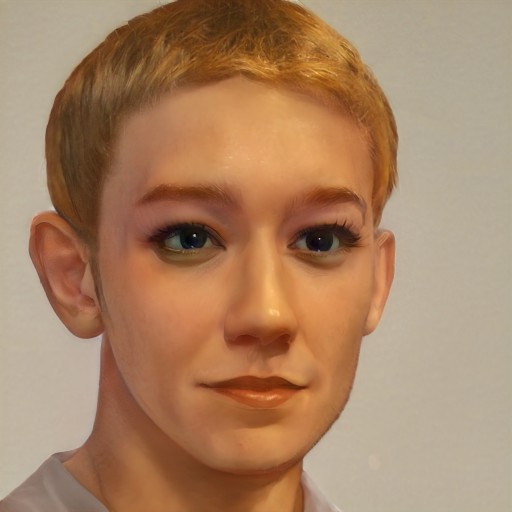 I love the quirk he has of stomping his foot no matter where he is standing. That's hilarious.

Adorable little one! I also find his quirk of stomping his foot to be adorkable. I also never thought of fae eating insects...I'll have to remember that! Brill!