The Corruption is known to arise most commonly and easily from prolonged use of or exposure to Arcane Crystal and secondly from corrupt practices such as cannibalism, raising the dead, black and blood magic and lastly contact with spirits or beings heavily afflicted or their blood/ichor or flesh. Each drop worms into the subject. It whispers dark secrets and opens paths of magical power in the Corrupted, feeding and growing the infection while twisting body and mind.

The great sages have debated for centuries on the ultimate source of the Corruption. Perhaps a replicating potion of the buried and shattered Demon Age (Kuan Region History) spilled into land and consumed by spirits and spread contact to contact? (advocated by The Imperial Guild of Healers) A dark demon itself? Reaching out to possess and consume the victims? (The preferred theory of The Order of Heaven-the State Church (The Order of Heaven)). The Golam (Golam) scholar Otahin of Betzha in the reign of the Green Jade Empress, observed it behaved as a miasma or vapor given off and taken in by breath and advised thick cloth masks to block it's entry or magics as create wind to push it away.
The Lady Duanayl of the Esereti (Eseret) University of the Five Excellent Dragons wrote that the final progression to Fellspawn no longer recognized loyalties, bonds, friends or even foes and this might suggest some incubation of spirits. Her radical proposal was that it grew from the nature of the spirit it infected, and spread as some spirit toxin in another plane. She noted that the Corruption affects all living beings but had no power over the already dead, nor the undead. Animals infected might progress to Fellspawn, but they are wildly destructive without any more reason than the natural forms and exhibit less fear, cunning or wits to hide from or flee a threat. She also observed the wild barbaric Beastmen of the Western Golam Provinces are naturally less resistant to Corruption, consistent with their appearance of degraded type of humans. The tribes practice inscribing tattoos of pure silver in their flesh which slowed the growth of Corruption compared to those with no tattoo. Fae, especially the monstrous Unsealie court types, are subject to Corruption, while the Dwarves might spend days in the presence of Arcane Crystal in mines with little effect. It is known that prayer, meditation and offerings to the Gods can blot out small spots of Corruption - but not even the mightiest exorcism or rites of the Holy Church can remove it once it has taken hold, or roll back the tolls taken on the mind and body as it progresses.
The ancient Scrolls of the Olien (Olia) Mage-Priest Rajo also addressed the spiritual nature of the Corruption. The Olien worship all manner of spirits and their Shaman and Druids are unrivaled in their lore. Rajo is counted as perhaps the greatest known to their race. He writes that the Corruption is no simple disease spirit or curse. No rites can dispell it once it has taken root. It can't be dispelled - though Rajo says he had encountered a Sorcerer that specifically summoned a demon from Beyond that devoured and hunted the Corruption, and could pull it from the body from slices and cuts via the various Humors, at great cost to the victim. The demon frequently settled the most afflicted by simply eating them, and some cured wished it had devoured them instead.
The Mage-Priest also says that the Corruption, unlike spirits, has no mind or voice apart from the infected until quite advanced and the afflicted's mind has mutated. Rather, Corrupted seem to draw evil Banes, Manitou, Nemeses and other kinds of foul spirits and gain powers from these at the price of advancing the Corruption. Thus Fellspawn have powerful fallen and evil spirits they listen to, and can command swarms of lesser ones.

The Corruption is a monstrous mutation of mind and body that starts with virtually no symptoms until it has taken root. If caught early it can be controlled or even be eliminated before general signs appear. The first symptom is a low fever and unusual luck and success. Everything becomes marginally easier. This luck itself feeds the Corruption, as do the usual sources.
Once the Corruption has established in a Humor the first signs may be read: Unusual fixation or focus. Auras of chill and discomfort, subtle changes in health, luck, and skin or nails. As the Corruption eats into each Humor it produces greater changes in one or another of body, mind and desires or all three together - startling appetite, unnatural fixations and mania, dwindling health or luck or a disturbing air that may unsettle children or frighten animals. The mind and body become distorted - limbs, face and body become shortened or stretched, eyes, ears and mouth or teeth change in horrific ways. And so too the appetites and desires, practicing cruelties and perversions greater and greater and with increasing frequency, flying into rages, overcome with melancholy or falling breathless and feeble, wounded by torn flesh and broken bones at even the least efforts to move. The afflicted may grow horns, develop a long tongue or serpents tongue. Fingers and bones may dissolve away leaving gelatinous limbs or fuse into tentacles, or more limbs and appendages may sprout out. Any of these may also cause the victim to call upon the Luck power to help them, while it accelerates their destruction. Eventually the Corruption is in all of the Humors and the victim loses all reason and becomes a Fellspawn bent on malice, destruction and spread of Corruption.

Regular Priestly attention, prayer and offerings to the Gods or magical aid of Mages slows the growth as does practices of disciplined avoidance of Arcane Crystal, or the temptation of the Luck. Healers may attempt to build up and strengthen the humors to hold back progression. It is not known what devilry the Skinchangers might demand for their Silver tattoos to slow the course, nor Sorcerers, if one can be found.

Once infected, if not immediately attended to, it may take root in the humors. Once this has happened and the first true signs appear the progress is a battle of will and risk. Some keep their condition mild, some advance and fight to hide it and resist the siren call of the Luck or powers. No cure is known and the final stages likely accelerate decline to the FellSpawn metamorphosis.

Once the warping of mind and body have taken root it is virtually impossible to roll them back save at great cost, great power and grave risk.

Because of the hazard of Arcane Crystal and it's great usefulness miners work only for limited times and are attended to by priests. The crystal cutters and shapers, or those who buy, sell and trade place and store it in leaden containers, or rooms with a layer of lead in the very walls. Of course as most in the Empire know - alchemists, talismongers, jewelers or herbalists may deal in small shards in lead boxes or tins. The Firestart, Healing Shard or Icy Shard provide minor comforts at risk of limited exposure. Larger crystals carry greater risk. Spent crystals or dust drained of Essence also lack Corruption, and the magic protection crystal shirt poses no danger as the crystals shatter with sudden Essence load . Mages and those who learn methods of Essence control may recharge Arcane Crystal, but the Corruption also returns with charge.
The other protections are prayer and worship, offering to the Gods, Exorcism and dispelling of curses and spirits. These can all wash off or blot out the smaller drops the victim accumulates or the attracted following of evil spirits. Only a few things seem to be able to remove Corruption once it has taken root in the Humors of the mind and body.

Exposure to Corrupted powers, the blood, ichor or flesh can all spread Corruption via small droplets. Frequent or large exposures or neglecting to seek prevention or treatment ensure worsening of the Corrupted condition. Healers and sages in employ of Nobles may recognize symptoms or attempt treatments. The dregs of society may accelerate their fall from ignorance or greed with the Luck and opportunity for powers.
Bodies of those who die with Corruption taken root must be burnt to prevent spread.
Arcane Crystal is handled with great care by the wise and educated, and is far too expensive for the lowest of society. It's ability to make strong magical effects available to anyone assures it's value and use.

Corruption is fearful and monstrous condition that in later stages produce loathing and revilement from the effects and the actions it drives. Sanatoriums may take in the moderately affected or nobles may lock away relatives. Commoners or peasants might try to care for and help in the early stages but will drive away or try to kill the advanced cases. Fellspawn pose deadly threats that might call out Imperial Legionaries, Monitor Assassins or cause Nobles to hire mercenaries or adventurers to deal with such things in their lands and those of their retainers.
It is also known that increased levels of Corruption open doors to Necromancy, Black Magic and Blood Mage paths in the afflicted, which are causes for fear and terror as they can wipe out or control small villages, hamlets or neighborhoods in just days. Again, authorities may chose strong action in the early stages to stamp it out. If many are involved a house or village might be razed and burnt to the ground or a mission of priests sent in- depending on generosity of the Nobles or officials or the severity of the outbreak.
Physical Corruption can take many forms: 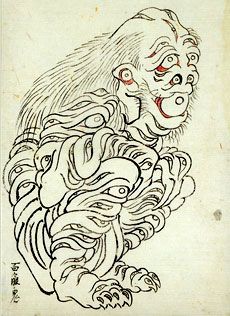 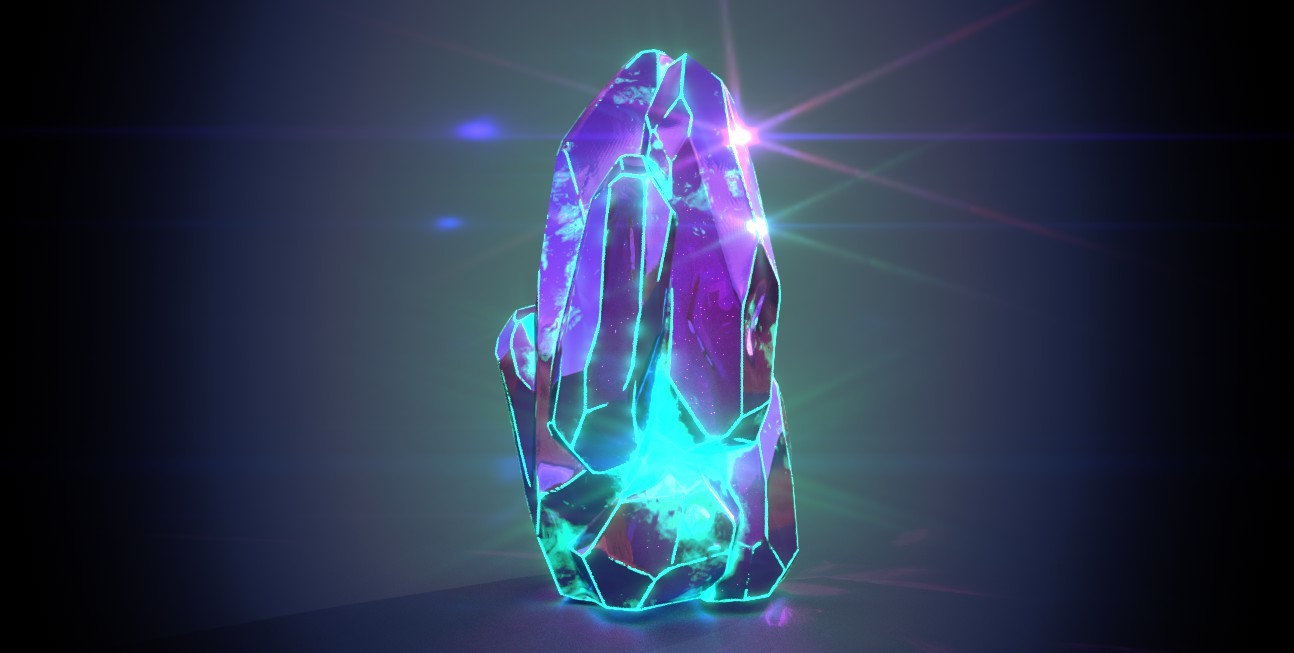 by Carlos Gonzaga
Type
Supernatural
Origin
Magical
Cycle
Chronic, Acquired
Rarity
Rare
The humors are the elemental features of the body balanced against features of Hot/Cold and Moist/Dry. Serious imbalance causes vulnerability to possession and influence by external spirits that cause madness and disease. The minor variations and balances also are on display at a glance: the warm humors are outgoing and energetic: hair is dark and curled, personality sociable, prone to impulse and excitements. Cold hair is straight and light colored, the personality calm, reserved and meticulous. Wetness builds size and mass while dryness is thin and light. The sanguine (blood) are happy and forward faced. The melancholic (black bile) are thoughtful, worried and think about past events. The Phlegmatic (Phlegm) are reserved and persistent. Choleric (yellow bile) are excitable, impulsive and seek to be in the center of things. 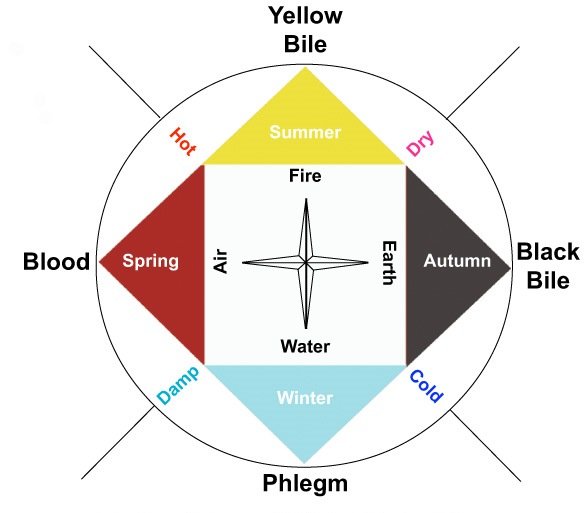 Interesting how the transmission is both physical and ideological, that it can be given by being near an afflicted and by doing something heinous. Curious how it ties with one’s luck. Silver too. So many minor parts that feel like there’s one thing missing that would make it all make sense. One word I would attribute to Corruption is: nebulous. Makes me really want to understand the source! Under “Causes”, you don’t need to put the links in parenthesis, you can just make the words your talking about the links themselves. A very dangerous disease that you don’t see at the onset and don’t have any means of cure or escape. Don’t use shady crystals.

Since this is made for the game concept the "luck' is that someone who has had exposure may elect to make a re-roll and gain another point of Corruption. For every 10 points, gain one Rank and 10% per Rank that a spirit of one evil sort or another will offer more power with Corrupted Magics like Blood Magic or Necromancy or the Dark Dragon Magics.