Dark skin and hair (straight, wavey or curled), green or blue eyes, flat or wide nose. The people of the western shore under the Warp Wall mountains. They suffer slightly more warp Storms than other regions and a higher rate of Chaos Warp Storms that can produce monstrous effects - turning life to stone or crystal, earth and stone to flesh or other transformations of wild chaos magic. The outer provinces fight with Beastmen and Skinchanger raids to the west, Undead and pirates from the north and occasional LizardKings or Unseelie in the south. Architecture is stout thatch, timber, wattle and stone in Germanic style with stone walled towns and cities. The Deep land is owned by the Gods, then by the Noble houses as agents of the Gods, but the topsoil is let to commoners and others. The Houses are Clans and associated lesser banner lords. 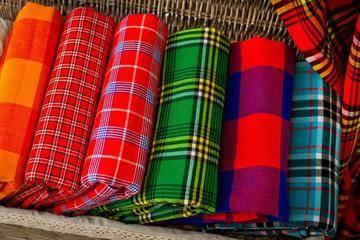 Clans have a Tartan color and pattern. They will frequently be referred to as colors. The tartans differ from district to district and the five main regions. The far North tartan is red based. The Northern Clans have a blue base in 2x3 pattern- triangles, checkered or uniform lines with red, black, yellow, or grey. Central Clans Yellow in 2-4 narrow stripes of black, green, grey, pink. The Southern Clans are green base - Tradition is 2 colors +green in different shades. The western frontier uses purple as a snub to Imperial laws and rankings. Black and white combination are reserved for mourning and represent Life/Death.

Names are typically given Family, Personal and then Clan.

There are 6 Sovereign Clans without Chiefs.  These Clans ( Frontier: Voen in the North and Ytz (eetz) in the south, Far North: Weno, Northern: Muji, Central: Syjko and Southern: Kefujo) are small, ruled by Fin councils who make rulings by majority votes and maintain Moothouses.  Moothouses are where the Fin council meet.  They are officially neutral in Clan and lordly politics ( and inauspicious balanced numbers) and provide the Clan meeting places and dispute settlements.

Golam traditions are very concerned with good and bad luck and protecting from evil spirits and magics. Luck and bad luck are contagious and spread to things they are associated with and by contact or calling attention to them. Many things are culturally proscribed - left handedness (the dirty hand), showing the bottoms of the feet, disrespect to those of higher status, handling death and the dead in general. Golam numerology is one part of luck - even numbers mean stasis and indecisiveness. Balanced forces where no direction can be chosen. One is good, but weak. Two waffles back and forth battling between two Ones. It is inauspicious. Three is auspicious as the balanced two is now tipped by the third. It is past, present and future. Three is a very lucky number. Four again is locked. Five is better but is made of 2 and 3 or two 2's and 1. It is weakly lucky and magical. Six is very unlucky as the three sets of 2 or two sets of 3 cancel any lucky gains. Seven as 3 and 4, two sets of 3 and a 1. Eight, so very unlucky and inauspicious. Giant Spiders and their 8 legs. Ugh! Nine is the best number - three sets of 3. From here the numbers reflect the lower number luck. Ninety Nine is a most fortunate number. Even numbers are "natural" ( 2 moons, 4 seasons, 12 Celestial Lodges) and Prime numbers associated with the supernatural. The traditional Golam number system was base 9 but has been replaced by imposition of the Imperial standards, which are easier but unsettling to Golam sensibilities. Various tricks are used in Golam culture to avoid the inauspicious number references. "I'll see you in three days and one!" Zero is the Void. Emptiness. Non-being.

Golam also widely practice fosterage, swapping children between families to avoid ill-luck, build connections between family lines and sometimes to achieve auspicious numbers in the family. Because of this Golam of similar social class and clan tend to call eachother "brother" or "sister" and elders as "auntie" or "uncle".
Swords, or blades beyond a long dagger are banned from Han persons.  Only noble and aristocrats may bear a sword or long blade weapon. Foreigners will be told to not bear a sword unless noble. The penalty is dependent of the local Chief's choice and may be confiscation, beating or maybe amputation for repeat offense.

Golam are generally a blunt people with more concern for ritual and numerology than feelings.

Black and white combination tartans are reserved for times of mourning. Likewise a white or black-white checker headband may be worn in mourning. It is the Golam tradition to bury the dead in the earth of House and Clan. This practice dates back to ancient times and the worship of the Elder Gods. It was believed that the dead joined with the Gods and dwelt then in the God's kingdom underground.

The Golam have officially adopted the State Church and Gods but some heretics still secretly worship local Elder Gods who dwell under the Earth.
The Golam are frequently battling raids and attacks by primitive barbaric Beastmen  tribes. It has been the practice to also capture and train Beastmen as slaves. The Golam have grown the industry with breeding and capturing wild stock and selling Bestmen slaves all over the Empire. While mosntrous, the Beastmen have the bodies of humans and can be quite comely. Thus it has become the practice of some to purchase shapely Beastmen males and females for carnal purposes, a thing quite forbidden in the Golam Provinces generally. If such a union should occur and produce offspring it is slain, as is the Beastman parent, upon discovery being too much of a stain and dishonor on the house.

The Golam say that the first founders were five tribes with Chiefs now known only as their colors - Red, Blue, Yellow, Green and Pink. These founders landed on the coast in different regions and set stone markers for their lands. They battled the Elder Gods and Beastmen, warp storms and devil beasts to carve out dominions. The Pink kept the Old Gods and suffered defeats and conquest into extinction, while the others came to adopt the Elder Gods. Sovereign Clans  claim Pink origins.  The new frontier clans are made from members of other clans who have taken up new colors.  Golam numerology philosophy debate the correct numerology between five founders, the founder five  plus  sovereign and purple to get seven, the modern five inclusive of each Sovereign clan under Elder Gods, then the Order of Heaven and the eleven (founders, sovereign, current).

It is considered attractive to apply paints to the face in streaks, hand prints, lightning bolts or similar pattern in bright colors such as red, blue, yellow or green.  Black is usually reserved for mourning or war.
Golam women have adopted the Torga practice of white face paint but typically add the bolder slash of Golam tradition rather than blushes or dots of the Torga styles.

Clan structure: the clan is lords, tenants and those adopted by family or act of the Chief.
Chief: The title goes to the eldest child of the Chief's line. Spouses are Fins but have no greater say in Clan rulership.
Fin: the noble families.
Constans: Petty noble/ aristocrats. These are the Bladesworn ( Guards and soldiers), Wardens ( constable/ inspectors) and Tackers (managers who oversee taxes, lend seed and tools and turn out for general levies, or arrange festivals) are supporters and staff of the Fin families.
Han: The common members of the clan- landsmen, crafters, and local Croft Collegia members.
Diverged ethnicities