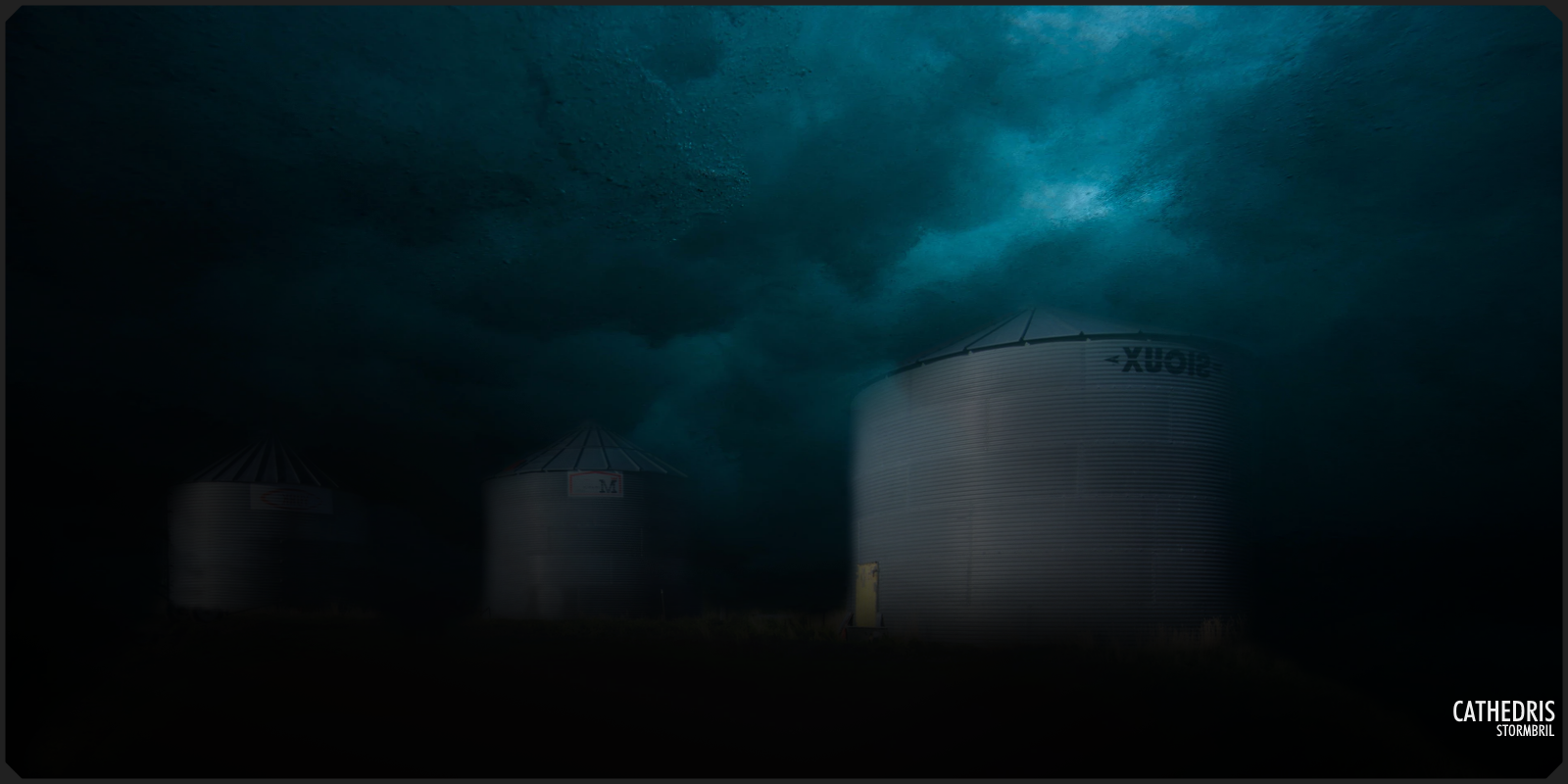 The Underwater Silos of the Shattered Isles

Storage facility for the blood of the God-husks, Ichor.

Attention passing vessel, you are in restricted waters! You have no authority to be here, stop your engine, turn around right now, or suffer the consequences. We have guns trained on you, and you've got 5 seconds to comply.
— A warning over the waves

Hidden in the waters of the Shattered Isles , an island nation south of Hansun, is a complex system of silos and storage facilities that is heavily guarded by the Legion. The exact location of these silos are not fully known, as guards on Legion watercraft sail a wide shifting pattern in the area. Stored within the silos are the most valuable liquid known to Cathedrans -- Ichor. Taken directly from the veins of God-husks by incredibly well trained and talented teams, Ichor is the single most difficult material to gather in large quantities. It's the main fuel behind the magic of Catalurgy, and misuse or unintended contact can convert living beings into Rendlings. Thus a complex storage facility like the Underwater Silos, with nearly 2,000 cubic meters of storage space, is exceedingly valuable and commands a large guarding force.

Large scale Ichor storage operations like this exist in a few places across Cathedris, though the Underwater Silos are considered the largest. Most of these storage facilities are under control of one government or the next, as the governments are the ones who pay for and construct the facilities on their own territory. The situation is different in the Shattered Isles though -- the Legion houses the majority of its forces and has its headquarters just a short distance away in Hansun, and thus can exert a lot of control over the Isles. This means the Underwater Silos are controlled by the Legion, something that has caused more than one worried glance towards them.
The facility itself, as per its name, is located entirely underwater. The entrance and exit are hidden from any and all prying eyes, accessible via a long underground tunnel that leads to a seemingly unrelated island. The tunnel is long enough that it actually requires personnel to take a small light-rail vehicle to reach either end of it. Once through the rail ride ends, the tunnel opens up into a large, dark chamber, with yet more tunnels leading off. This chamber is at the deepest point of the ocean surrounding the Shattered Isles, and is made out of the thickest steel and concrete to withstand the pressure at such depths. Inside this main chamber is mostly personal storage and maps -- the Ichor and Catalurgy related rooms are found at the ends of the tunnels. 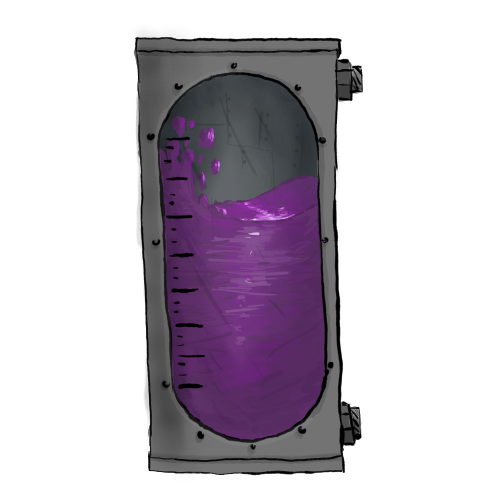 It's really, really easy to get lost in here. Last new guy was only on site for a day 'fore he went missing. Most say he probably starved to death in the corner of some unused tunnel, but between you 'n me... I think he probably got snatched up and used in some weird Catalurgy experiment.
— Welcoming a new guard 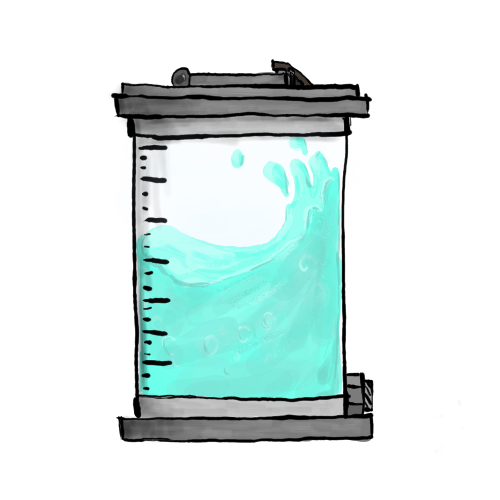 An Island Nation spread over 33 islands of various sizes, located south of the continent Vir Tenera and the country of Hansun. The Isles are home to a people who love to live in tandem with nature -- though this is challenged by the presence of the Legion, and the sheer numbers of Rendlings spawned by Dimiti, the nation's resident God-husk that occupies Bellrose Island, the northernmost island of the Isles.

A planet wide, multi-nationality militarized force established thousands of years ago in a need to protect humanity from Rendlings. In more modern times, the Legion has begun to amass more and more power -- despite this, they repeatedly assure the world that they're still neutral to any conflict between countries. Still, more than a little bit of worry has grown, as the Legion is now the strongest military force, and controls the worlds largest stockpile of Ichor.

Friends, we're at the bleeding edge of Catalurgical research here. What we're undertaking today could be the start of an entirely new form of --
— Scientific pep talk cut short

As with most Ichor storage facilities found throughout Cathedris, the underwater Silos are home to Catalurgical research facilities intertwined with the storage silos. These facilities are staffed by Catalurgists who have completed their training, and have chosen to take the path of research rather than one of combat.   The Underwater Silo research facilities, just like the silos themselves, are under control of the Legion, and thus any research conducted is at their direction. Because of this, much of the research that goes on under the waves in this facility is that of a military variety. Animal, and human, experimentation happens often in the Underwater Silos -- occasionally resulting in a small scale Rendling outbreak within the tunnels. Some of the research directed by the Legion is the kind that would be shut down or even face legal action in other locations, due to the causalities it causes and taboos it breaks. The Legion therefore does its best to ensure no knowledge of any of the research gets out of the facility -- however, just enough info leaks out in order to fuel wild rumours about the place, and about the Legion itself.

With traces of information regarding location, use, and quantity of Ichor, rumours begin to spread like wildfire. Common threads seem to exist within these wild rumours however -- most seem to include strange experiments on humans with introducing Ichor into their system, beyond the realm of what Catalurgy usually involves. Many rumours also include reference to captive Rendlings, though what the Legion scientists might be doing with the entrapped monsters is entirely unknown, and speculation varies wildly.


These rumours appear to be distinct from the ones that originate regarding a secondary secret research lab within the plains of Hansun, where some whisper terrible ideas of the Legion's sinister project of constructing a false god. Some attempt to tie the two strains of rumours together -- if the Legion is building a new kind of god, what if they're also building some kind of new, better, or enhanced human? 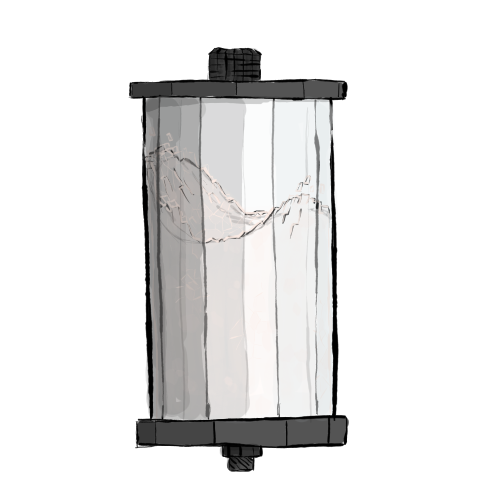 Ichor, the blood of the dead gods, is inherently magical. Its magical properties are unrestricted and can change things wildly, if not controlled carefully. When wildlife, plants, or even unfortunate humans come into contact with unrefined Ichor in an uncontrolled setting, more often than not the result is a Rendling.   Catalurgists pipe Ichor straight into their body in order to fuel their magic -- the only reason they don't transform is because of one of the marvels of modern science and medicine, the Thymalladus, an artificial organ that refines Ichor into magical fuel. Still, it's not a safe process, and many die in the process of becoming Catalurgists.

Catalurgy: Flow from the gods

Join Cathedris Discord!
This work is licensed under a Creative Commons Attribution-NonCommercial-NoDerivatives 4.0 International License.
All content, unless stated otherwise, copyright ©2010 - 2021 Devon Ruscheinski. All Rights Reserved. All images are made by Stormbril, unless otherwise specifically stated. World Default Header Image (Interior roof of a Cathedral) originally by Derek Story, edited by Stormbril.
Background image composited of a Cathedral Photo by Odin Lee, with mountains behind by Sorin Sîrbu, combined and edited by Stormbril.
Developed by Stormbril
Want to support me and get some neat Cathedris art? Check out the stuff I have on Redbubble!
Cover image: Photobash by Stormbril with photos by Jeremy Bishop and Stephen Pedersen

Wow wow wow WOW! This is such a fascinating article. I loved the quote from welcoming a new guard - all of these quotes gave me a good chuckle.   Idor is fascinating. No wonder humans have siphoned it. I love the idea that they might be constructing a new god.

Thank you so much! Quotes are so fun to add :D   I really enjoy writing about Ichor,! And adding mystery to the Legion, with their plans and whatnot :D Maybe in 2021 I'll get to writing about the constructed god... who knows :D

If I was that new guard I would literally be out of there. Nope. No thank you. Every time you talk about the Legion I get more and more of a feeling they are not as neutral as they claim to be.   Really fascinating article. I'm curious about the other storage facilities.

I sure hope the guards have some good HR to help them out down there! haha.   Also I'm glad to hear that! I'm really enjoying adding mystery and corruption to the Legion, making them them both necessary and evil at the same time.

Oh. Ok. So that's a wonderful way to introduce a new guard, just scare the heck out of them and all. Wonderful.   I really did like the article, as well as the rumor section, it really makes the place feel alive - Though hopefully that God-Husk isn't

Gotta let em know what kind of place they're working in right away, I guess, hehe.   Thank you for reading and commenting! And as for that God-husk... who knows...