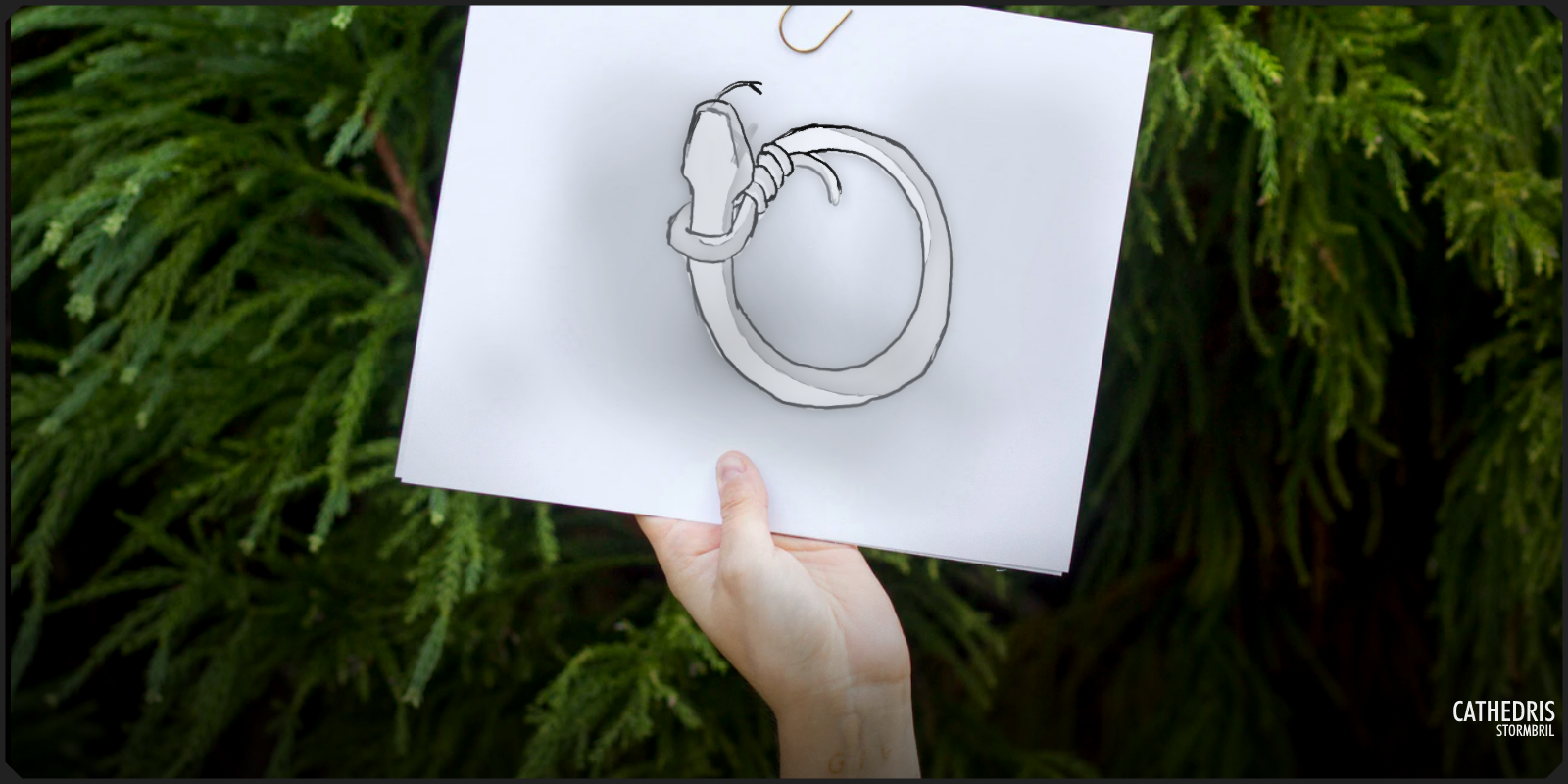 Erin Attenara, Champion of the Naive

Listen, you can't go around trusting every slick, gadget-toting, buzz-word slingin, quick talking bastard that comes around town. Let me teach you some tricks.
— Erin Attenara

Technology and innovation advance at exceptional rates all across Cathedris, and the dispersal of information struggles to keep up. This gap between what is new and what is known provides an ecosystem for Snakes to thrive -- feeding off misinformation, and selling lies to the naive. Some have made it their mission to combat this predatory behaviour, and none are more well known or loved than Erin Attenara, the Champion of the Naive.

Erin spends her days travelling from city to city, keeping an eye on wandering salesmen who far too often turn out to be Snakes peddling shady wares. For most of her life, she called the northern mountainous country of Artazia home, but recently she's moved down and begun to protect people in Varzen, the country directly south.

Please, don't ask me how I know. But that person over there selling the tonic? She's lying.
— Erin Attenara

While her public accusations of Snakes usually draw the most attention, Erin actually spends the majority of her time hosting free public seminars designed to educate the public on what's new, and what tricks Snakes might try to pull in the near future. These seminars are held out in the open, and always draw a crowd.

Erin is a middle aged woman, from one of the larger metropolises within Artazia. She has long dark hair, usually worn in a braid, with eyes the colour of black gold. Erin is usually easy to pick out of a crowd as well, due to her signature outfit she usually wears; a simple white undercoat and brown trousers, covered by a long, forest green, high-collared trench coat. She wears thick black boots that come up to her knees, and is never seen without a pair of brown leather gloves on her hands.

Why do you think Erin always wears her gloves?


I heard that it's because once, when she was younger, a Snake tricked her into buying a balm that horribly scarred her hands when she used it, and she doesn't like people seeing her pain.
— Rumours

Despite all that she does to champion truth and justice, and to cast doubt on those who hide their true intentions, there are some facts about Erin herself that she remains unwilling to discuss. What her early life was like, why she left Artazia, and why she's always seen wearing gloves -- these three questions are ones that Erin is determined to never answer.   This unwillingness to answer has lead many to speculate. Some think perhaps a Snake came to town with some fake medicine that destroyed her family and scarred her hands -- others think she simply had an unremarkable past, and chooses to keep her private life private. The shrewdest of all, many using the mental tools that Erin herself gave them, think the answer is something far worse; they believe that hidden beneath Erin's gloves is a Mark that brands her as a criminal, and tells a story of a twisted past and the reason she no longer lives in Artazia.
Pronouns
She/her

Never trust that which you don't take the time to understand.
— Erin Attenara

You are your own final line of defence -- trust your gut, and use your eyes.
— Erin Attenara

The fact that her life's work is to actively seek out and dismantle Snake operations, effectively making them her prey, has given Erin Attenara another nickname -- behind her back or in tavern conversations, many refer to her as the Hawk.

A hawk hunts snakes, and Erin hunts professional Snakes. These are criminals who feed off naivete, selling fake medicine and counterfit goods to anyone that will believe them.

Should a Snake be caught red handed, their store, cart, and even all of their goods will all be appointed with the Mark of the Snake. If the Snake is unfortunate enough to live within Artazia, they'll be personally and permanently branded with it instead.
Children

A special room used in Artazian courts to apply the Mark of the Snake in a permanent manner; branding criminals so that never again may they be trusted.

Mark of the Snake

Answering: "a brave hero, who hides a secret past."
Visit Stormbril's Competition Page Check all other answers to this prompt Competition Homepage

Do YOU have any theories on what the secret of Erin's past actually is? :O   Thank you for reading, and I hope you liked it :D <3 Let me know if anything stood out, or if there's more you want to know! I might add to this article after summer camp :)

Ooh, I really like the mystery you've created and kept with her past. I vote option 3: reformed snake

Thank you so much! A reformed Snake would definitely have a good understanding of how Snake scams work, too... o.o

I don't want to make her angry, do I? Oh, I bet she would like some hot chocolate though, I could make her hot chocolate. yeah.   Great article :)

Ah! I saw it coming :D I'm sure she is wearing a mark!   The idea of someone traveling around and giving free seminar to educate people on new technologies and scam is interesting. What type of education people normally get? Have snakes ever tried to get rid of her?

The good ol' ex-con turned into an example of justice!   It's probably just like, letting people know of the latest scams that have been going around, and educating them on ways to protect themselves -- similar to how we, in modern times, teach ourselves and eachother how to avoid email scams and the likes.   Also I think lone Snakes here or there probably have had grudges grow strong enough to warrant a violent attempt on her life, but so far there's been no organized violence!

What a wonderful little opening into a character. Just enough information to draw someone in, and make them wonder.

Thank you Overlogan! I had fun writing her :)