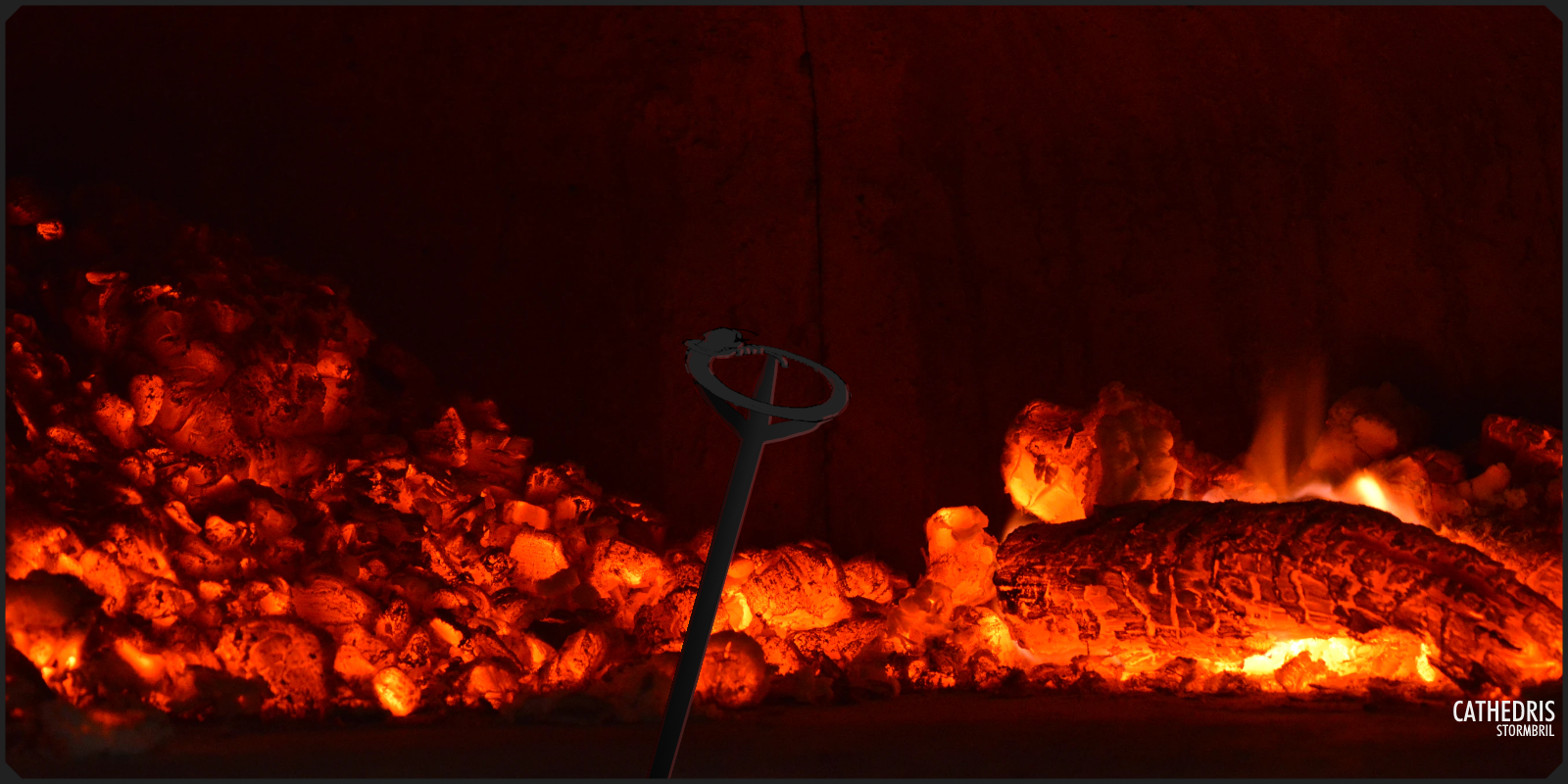 Branding of the Snakes

The accused has been found guilty of attempting to pass off cat's piss as a topical ointment meant to treat skin lesions and rashes. They shall be fully branded with the Mark of the Snake, never again to be trusted by another living soul.
— Artazian adjudicator

The country of Artazia attempts to control crime with an iron fist; there are few second chances, and its authoritarian style government holds the entire country to a strict set of rules. Of these, laws relating to Snakes are most often the most swift and brutal; the Artazian judicial system regards the manipulation or deception of its citizens as a high offence. Captured Snakes are brought to a place where they may recieve a fitting punishment: the Artazian Sear Rooms.

Most are fine with the way their country's judicial system works -- a close proximity to Avartarian, an abundance of Rendlings, and a generally inhospitable landscape makes life hard to live, thus rigid rules to live by makes everything easier for average Artazians. When anyone within the Artazian border is caught trying to shill shoddy or even dangerous goods to innocent people as "cures" or "useful" items, they are almost always taken to a Sear Room, where they are branded with the Mark of the Snake.

Sear Rooms are simple in both their construction, and their intended use. Every Artazian town and village has one, often times existing as a simple room to the side of the area's court house, though sometimes a Sear Room is granted an entire building to itself.
The general layout and construction of all Sear Rooms are fairly similar across the board. All of them feature a rack to store branding irons of different sizes, and a place to heat them up -- usually some sort of fire pit. There are restraints to hold the offending Snake in place, and some sort of medicine cabinet to treat the brand after its application.

Not always are Snakes sentenced to be branded within Artazia; for Snakes who's crime might be seen as closer to mischief or an instance of an honest mistake, the offending party's goods are confiscated and their residence is painted with the Mark of the Snake. This informs the public around them that this person is not to be trusted, and is generally enough to ensure that the Snake will not offend again.

It's inhumane, simply not right! The Artazians treat their criminals like animals, and it sickens me. Patrons
click
tap
here for bonus info
If you want to see extra info, consider subscribing!   ~   If you already are a subscriber, you may need to log in!
— Citizen of Russin

The Artazian practice of branding Snakes is generally seen as totalitarian and barbaric by much of the rest of the world; acceptance is seen in more hardcore places, but for the most part other countries would rather see Artazia rely on jail time and reconditioning, rather than brutal physical punishment.

Mark of the Snake

Answering: "a building associated with crime or justice"
Visit Stormbril's Competition Page Check all other answers to this prompt Competition Homepage

Neat! I am thinking the fire has to get pretty hot to get the iron going so... Maybe the guards heat themselves in that room while preparing the branding xD

Absolutely! Artazia is a northern, mountainous region, so it's often cold there. Likely a lot of guards would enjoy hanging around the sear room, just to warm up :P

I suppose brutal physical punishment is cheaper and probably a faster method of rehabilitation than prison, but I do wonder if some snakes use the brands as a sign of status or something. Great article :)

Yeah, and that's definitely something Artazia cares about -- get them criminals sorted fast, then get back to surviving!   Some Snakes *definitely* would -- especially if they manage to keep selling, despite the mark. "Oh, this? Why, it's simply a birthmark, pay no mind to it! Now, where were we..."   Thanks! :D

That's horrifying, but at the same time it's efficient... Do they apply that punishment equally or would a big company selling a terrible product on purpose also has its manager condemned despite being rich and influential?

That's the Artazian motto! "Horrifying yet Efficient"   So far there's been no instances of a company following Snake methodology growing any larger than a few dastardly members at a time -- though if there ever was, Artazian Adjudicators would likely want to make a grand example of them, and brand everyone in control and every employee working for them.