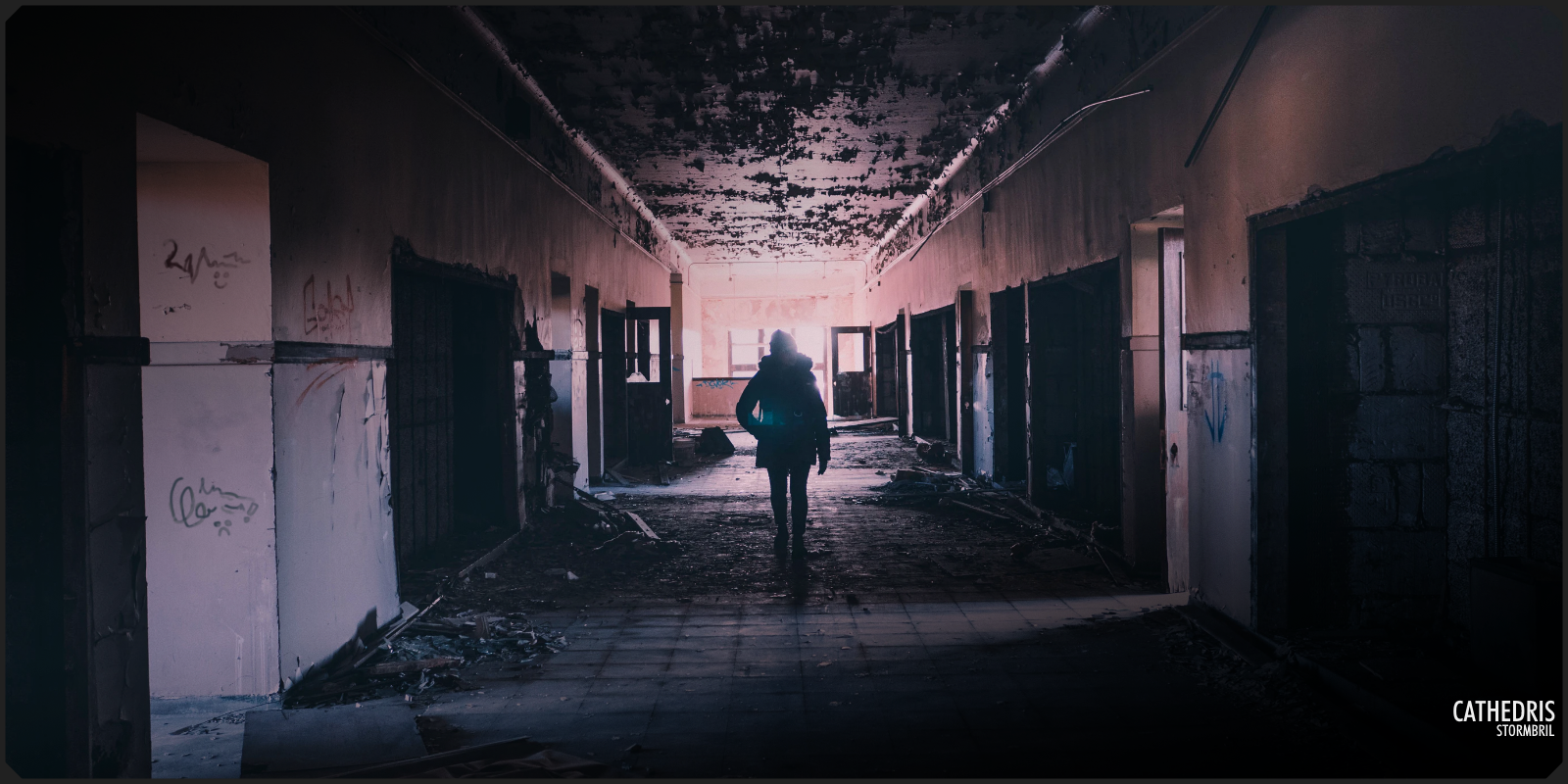 Waypoints for the lost

When you reach the room with the Red Declaration, you'll know you're heading in the right direction.
— Comprilith directions

The Comprilith is an exceedingly difficult tower to explore. It is full of knowledge and secrets from all eras of time, so there is much desire to investige its heights -- however it also exists in a broken state of space and time, making any amount of travel throughout it perilous.   Comprilith explorers have found tricks and methods of traversing this strange place that appears different every time they enter it, by paying attention and noticing the natural patterns within. One of the easiest patterns to discover was that of a strange writing and language system that appears scrawled across many locations throughout the mystic tower. These marks and symbols are yet undesiphered, but they have use beyond their meaning -- the symbols appear to anchor certain room configurations, allowing them to resist the reality warping that occurs within the Comprilith.   These locations may often be reached in a different manner every time an explorer enters the tower, they will always have the same general room layout surrounding them. Someone making their way through the Comprilith will always be able go get a general sense of where they are by paying attention to the scrawled symbols around them.

Designed by the two gods of space, time, and knowledge, this tower was nearly finished construction when The Seven Day War killed both gods, turning them into God-husks and leaving the tower in a dangerously broken and unfinished state.   Secrets and knowledge from all eras can still be found within the Comprilith, but it is incredibly dangerous to search them out.
Comprilith Location
Between Theah Prieah and Raktana

What does it mean? Haven't a clue. I bet those little triangles are important in some way to the message. Doesn't matter anyways -- what's important is that if you find a bookshelf with a door section on it... check. the. door. frame. If it's got this scrawl with the three triangles on it, do not go through that door. The doorway leads to an area entirely unknown to whoever enters it.
— Veteran Comprilith Explorer 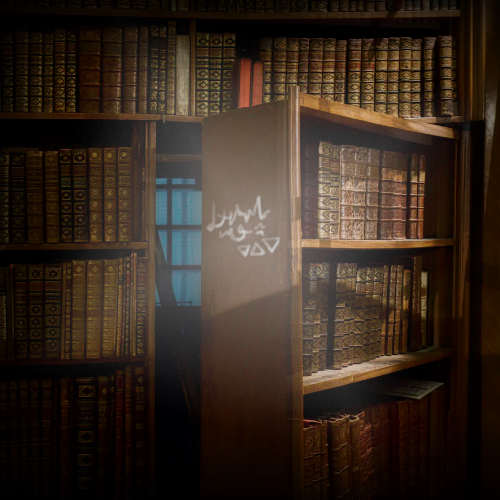 These specific stacks of shelves can be tricky. If you're not careful, you'll find yourself wandering through them for what feels like years, seeing the same books time after time after time. It's important that you learn to recognize the symbols on the ends of the shelves -- keep certain ones on your left to return, and certain ones to your right to progress further. Mix that up and you're lost.
— Veteran Comprilith Explorer 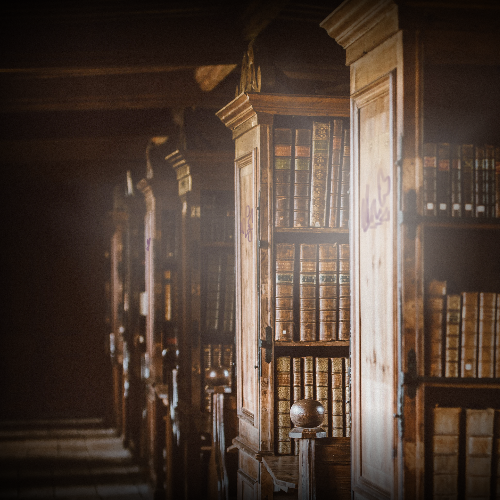 We call it the Red Declaration because it looks like it's declaring something, and well, it's red. It might be a symbol of love, war, or promise between two individuals or groups -- who knows.   What matters is what it means to us, not what it meant to the artists. The Red Declaration always appears in a small abandoned room just off the side of a long hallway. When you find it, you'll know that you're heading in the right direction to reach the main amphitheater. 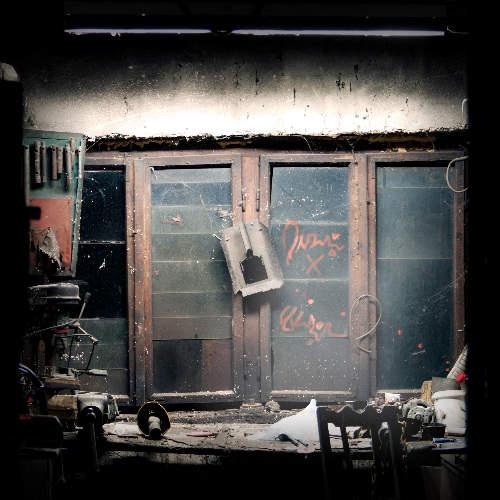 The Grand-Hall feels safe, but it's quite dangerous. While it's big and easily recognizeable, there is unfortunately a lot of paths you can take that lead away from it, and quite often will not lead you back. There's also the slight problem of the Grand-Hall appearing mirrored or flipped and random times, too.   If you're ever unsure, and want to make your way back to the entrance, check for the scrawl at the end, underneath the three arch windows. Whichever way the arrow is pointing, go the opposite, and you'll be fine.
— Veteran Comprilith Explorer 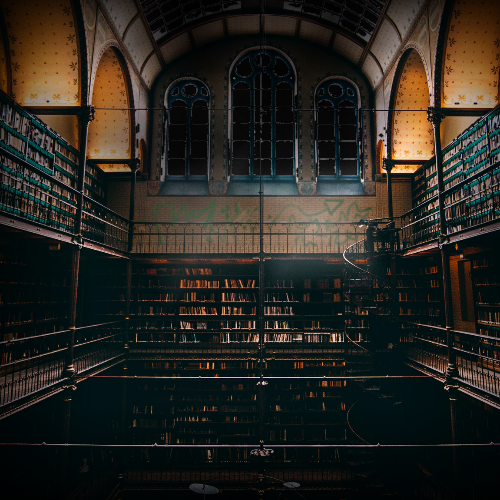 by Will van Wingerden
Lore

Answering: "a lost or ancient language"
Visit Stormbril's Competition Page Check all other answers to this prompt Competition Homepage

Join Cathedris Discord!
This work is licensed under a Creative Commons Attribution-NonCommercial-NoDerivatives 4.0 International License.
All content, unless stated otherwise, copyright ©2010 - 2021 Devon Ruscheinski. All Rights Reserved. All images are made by Stormbril, unless otherwise specifically stated. World Default Header Image (Interior roof of a Cathedral) originally by Derek Story, edited by Stormbril.
Background image composited of a Cathedral Photo by Odin Lee, with mountains behind by Sorin Sîrbu, combined and edited by Stormbril.
Developed by Stormbril
Want to support me and get some neat Cathedris art? Check out the stuff I have on Redbubble!
Cover image: by Andrew Amistad

well...I suppose it's nice that there is something left behind that helps those who are lost in this place but honestly... I think I would just avoid it altogether. The detail in this is great though, and I Love the quotes. great article :)

Yeah... you have to be a certain kind of person to be willing to explore this place, the danger of time and space shenanigans are very real!   Thanks for the comment :)

This vast library is something I would want to explore for the knowledge but... I might need a couple of adventurers with me if I get lost. Also so that they can help interpret the symbols, someone can probably learn it, or find a ghost. I don't know. I like the structuring and the comments given by explorers that have tried to learn.

Very high risk, but very high reward are both found in ample amounts within this place! Most generally don't go in without a full team of experienced explorers, so you've got the right idea there :D   Thanks for reading and commenting! :)

Sounds like a really fascinating place! Can they understand the books or is it all in another language? If so, do people just camp there and try to decipher the books?   Did people try to copy the anchoring runes to other rooms to make them more stable or would they need more knowledg eof the magic to do that than just knowing how it looks?

Thank you! :D   It's hit or miss! Many of the things found in there could be in ancient languages, or new ones that they've never seen before. That's what makes it so hard to find information of use within the tower -- the organization in there suuuuuucks haha.   They have tried drawing the symbols on other walls, but as far as they could tell, the replicated ones had no effects other than confusing explorers, so the experiment was quickly ended.