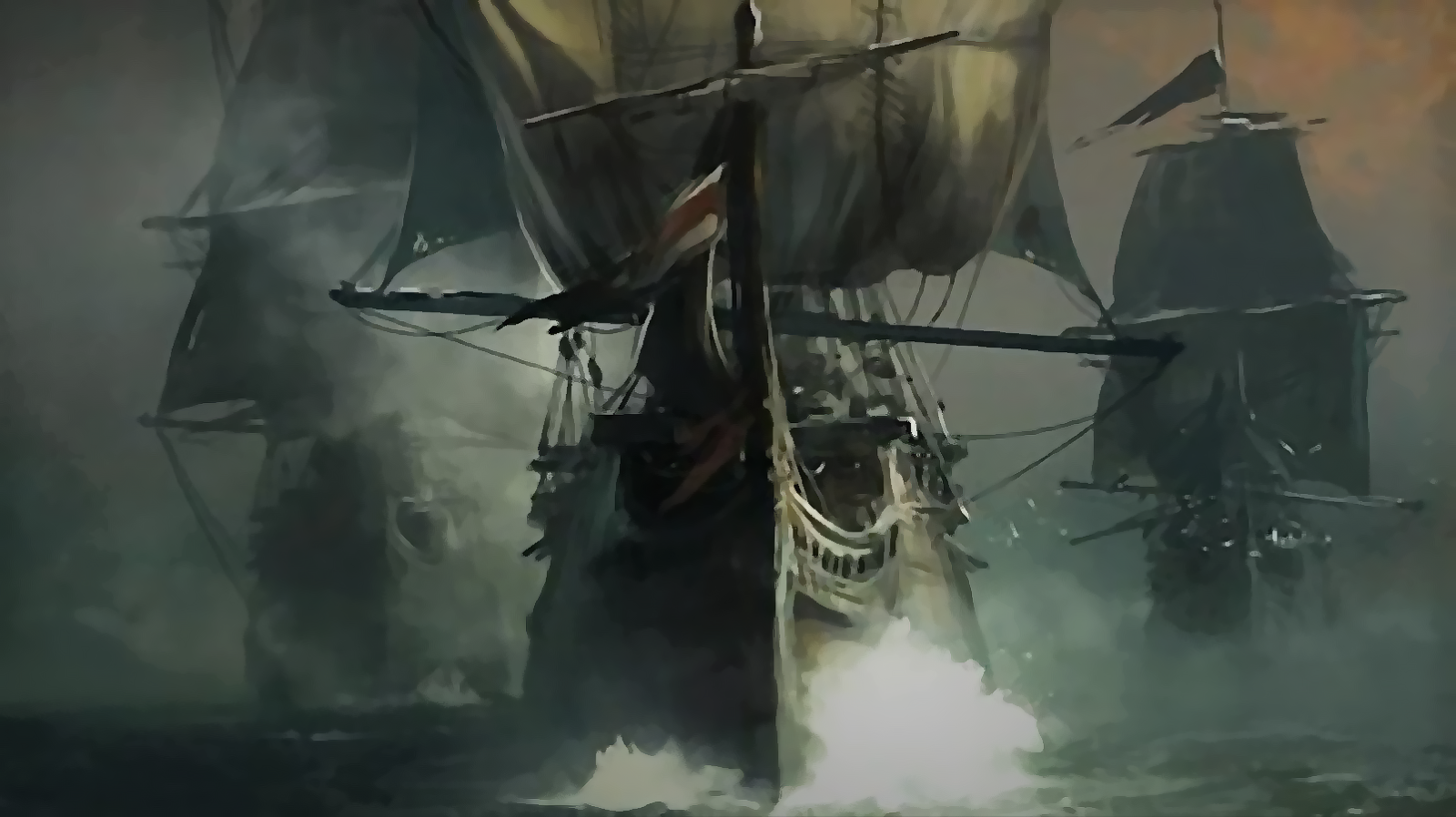 The Sisters of the Sea

Even the most experienced Captains run when they see the Sisters' flag on the horizon.
— Laurel Hawthorne, Head of the Traders Guild

Captain Etta Maxime is the head of the organisation. People on the outside refer to her as The Pirate Queen but that term is not used within the Sisters. Only five unique ships have been seen flying the flag of The Sisters and Captain Maxime herself has only been spotted in the last couple of years when seeking a particularly lucrative target. This means she has at least five other women promoted to the rank of Captain since there have been sightings of all five ships but without Maxime at any helm.

Originally, the mandate was to prove to men that having female crew on their ships was not a curse. Now, those same men fear women in a completely different way. The Sisters were successful in their original objective as now women are welcomed upon any crew, in part due to the superstition that if the Sisters catch you and you have women on your crew, they are more likely to let you live.

It is said that five years ago, Etta Maxime (neé Justor) gathered a small group of women in secret, all of whom had been rejected work on the ships sailing from Brinewatch . The next day, the women and Etta's father's ship were gone. Her father, the head of The Justor Trading Company, was disgraced as a result. The next sighting of Captain Maxime came a few weeks later when she successfully raided a cargo ship belonging to her father's former company. The Justor Trading Company took a minor hit in customers until it became clear that this was not a singular vendetta, but instead against the whole male-orientated sailing community.

Stories of the Sisters

Ships from all the merchants were raiding over the following months. The survivors would tell tales of the sea itself fighting for Captain Maxime, how the Sisters' ships would manage to close the gap between themselves and their prey unnaturally quickly and of the horrible, jagged, rusted sword that she wielded. They would speak of the white siren silhouetted on their black flag and how fifty women swarmed their decks, some seven feet tall and built like a Goliath. Of course, these stories were taken a pinch of salt, at first, but as The Sisters of the Sea became more and more successful, the trading companies began to start hiring female deckhands. They hoped that if the Sisters saw that they had women working on the their ships, that they no long believed in the superstition, they would be spared. It did not work. The Sisters just raided the ships and recruited the women to their side instead. Though, the new superstition persists and over time women became just as welcome as men on board.

However, five years on, sightings of the Sisters are much rarer. Their success has afforded them the luxury of being able to be choosy in their quarries. There are even rumours that Captain Maxime is after the location of Salvadore's Bounty, but only a fool would believe that this roving band of fearsome pirates would ever become so singular in their mission. Less expensive cargo typically sail to and from Brinewatch without any issue now, only ships carrying worthy prizes have to be worried. Often now, if the cargo is deemed a potential risk, the trading companies will hire mercenaries, particularly groups that have magic users in an attempt to ward of the Sisters' gaze. In the five years the Sisters have operated, no one knows where their base of operations lies.

I like how this pirate tale does not simply follow the clichées. Not only are the pirates women, they have a political mission and archived something besides "liberating" items from their owners. Great article!

Thank you, really appreciate it :)

Even the most experienced Captains run when they see the Sisters' flag on the horizon.

That alone made me want to turn away, and I'm a woman! Scary ladies.   This is really well done. Love the layout and the idea of this organization. The name "Sisters of the Sea" just rolls right off the tongue. What is on their flag, though, that makes it so recognizable?

I can't believe I overlooked that detail after mentioning it in the quote that started the entire article haha. Added it in now, it's a white siren on a black background. Essentially drawing from the most feared female entity in naval myths.

Love this concept. I love to see how they didn't just terrorize people, but also created actual social change. Makes them more complex. One thing, though, is your sentence under structure is very long and I got lost reading it. You might want to break it up into shorter chunks.

Had a cursory re-read and broke up a few sprawling sentenced, it's a bad habit of mine. Thanks for the love and the feedback :)

This is a very interesting take on pirates. Love the artwork that you used!. Great article!