The Crooked Pot is home to the Many Armed Witch Magna who runs the tavern as a way stop for travelers and adventurers. This way stop in Burnished Heart serves as both a rest stop for travelers, and a hub for the more adventurous sorts. Being run by a Witch gives the place a unique charm in Athoria as well as rare services for those in need of potions or a quick spell.   What looks to be a random collections of extensions and outhouses connected to a single large stone tower all comes together to form a warm welcome and safe night's stay for its patrons. Despite the random appearance of the Crooked Pot from outside, the inside is neatly arranged with a large central common room with large fire places to keep away the night's chill and plenty of places to sit and drink.   Most food and drinks are locally supplied, meats hunted from the Eldwen Forest, locally brewed drinks and food grown by farmers in and around Burnished Heart. Magna does import wines and spirits where needed, but due to Burnished Hearth being a way point to the north of Ithirion it is easy to get supplies when needed, keeping The Crooked Pot well stocked.

Magna runs the bar personally most nights, the six armed witch manipulating and controlling the bottles, mugs and equipment around her as dexterously as any of her staff. She works the bar unless there is a specific request for spell work or brewing from customers which demand her attention. Although she keeps a supply of commonly requested elixirs on hand, rather than brewed fresh.
The rest of the staff operate a friendly and welcoming atmosphere, a happy smile and kind greeting, especially from the orc twins (Brom the Quick and Brom the Strong) who often run the table service. All the staff have been instructed in minor magics by Magna to aid their work with minor prestidigitation or manipulating objects with magical hands. The exception being Alicia Ambers who has only just stepped up to work with her mother cleaning.   Common patrons of the tavern are usually a mix of traveling merchants, wandering adventurers and Rift Hunters or their kind. This can lead to tense situations when rival groups may happen across each other in the tavern, but with the side rooms provided most groups can be split apart if needed. If any fights do break out, they are soon ended with Magna's magic or Mortren's strength.   Guests are kept entertained by the in house bard Envy who performs nearly ever night at the tavern. The exception is every other week, two nights are open to guest performers to come and prove their own skills. Envy Farrows performs using magical instruments to play for her as she dances on a small stage using prop knifes, torches and other items to enhance a rather dangerous looking routine. Beyond the performance, customers can request cards or dice from the bar, or if staying in a private room, a set of dragon chess pieces (if paying a small deposit!).

The main common rooms share standard tables and chairs all set out with room to pass between with a large fireplace to warm the main tower structure. Each table is kept clean and swept down between customers and each has a different set of scented candles unlit if customers wish for a particular scent for their visit.   The large bar curls around one half of the tower, serving to divide the kitchens and staff areas beyond. Behind the bar, shelves of bottles of spirits and wines line the wall on one side while large casks of ale, cider and beer fill the other wall. Smaller bars are also in place in the side rooms if the tavern grows particularly busy for one of the bar staff to serve from.   The bedrooms come in private or group lodgings. Group rooms are generally open to anyone to rent and feature 4 to 6 bunk beds in each of them. These cheaper rooms come with a chest for the night at the foot of each bunk having two chests for whomever is staying. Beside this, these rooms are decorated in a basic way to make room for the additional beds.   The Private rooms are more richly decorated, with double beds, wash basins and mirrors provided. They still come with a chest for storing valuables in for the duration of the stay, but also feature wardrobes and dressers if required for longer stays.

The Tavern is constructed of various extensions as the popularity of the tavern grew over time. This ramshackle mismatch gives the tavern its name, The Crooked Pot due to the misaligned nature of the extensions and large metal cauldron pot that has clearly been used to patch a whole in one of the upper floor roofs.  Despite how randomly put together the construction seems however, for the most part the structure is sound with Magna having spent plenty of gold on the extension work. She just has no eye for design.   The main ground entry is made of the remains of a stone tower, with a large double door made of a dark wood, carved with figures and Animals prancing around the borders. Hanging above the door is a large cast iron sign that shows a outline of Magna bent over a cauldron. From the tower outwards, most of the ramshackle extensions are constructed with various woods.     One large extension at the rear of the tower serves as the kitchens and laboratory where large chimneys pump out smoke and fumes from Magna's other brews. A small stable can also be found at the rear of the building although off set from the main structure itself.

Being owned and ran by a witch means the tavern itself is imbued with defenses to protect it. Only one guard is hired directly for looking after the place, a gruff old dwarf called Mortren Blackanvil who used to be an adventurer until taking a wound making him unable to walk quickly or run without great pain. This does not stop him being a tough individual who can throw out those getting too rowdy or those that refuse come last bell.   The magical enchantments on the tavern itself vary in complexity and coverage. Some general enchantment covers most of the building, such as a fire resistant spell cast upon all wood in the tavern (Safe that brought in to burn) and magical lock spells on all exterior doors if needed for any reason. Some more specific wards include the use of illusion magic in the main tavern to make it hard to track where any coin given to the staff is taken or alarm spells set up certain staff only locations.   In a true emergency, the whole tavern is encircled by teleportation runes. Never tested nor yet used, this is a last ditch fail safe where the entire tavern can attempt to be magically relocated to a few prepared sites with matching runes.

The Witch Magna originally set up in the ruins of the tower near the edge of Burnished Hearth as a place to sell potions and trinkets to those travelling through who may require them. Overtime, she managed to patch up the ruins with the magic she made and travelers started to request to stay there, rather than pay the extortionate fee the current local tavern was demanding.   She agreed and soon started offering other services, such as food, drink and shelter, along with her regular business. As Burnished Heart is on one of the few safe roads to the north, business continued to grow and grow until she had to start turning away people due to lack of room in the tower. From there on, expansion work would begin as well as the hiring of a few hired hands to help serve the tables, make bed, and such.   Eventually her tavern grew enough to draw guests that had once used the town's other tavern, as her kind demeanor, fairer prices and extra services for the adventurous type made the Crooked Pot more of an attractive stay to many. Years later, more expansions were needed and the name of the tavern slowly changed from "The Tower on the Hill" to "The Crooked Pot" after a storm had blown a hole in the roof and the patrons started joking about the name which stuck.   Magna has debated replacing the pot several times, but always decided not too as it has become a part of the furniture now as it were. 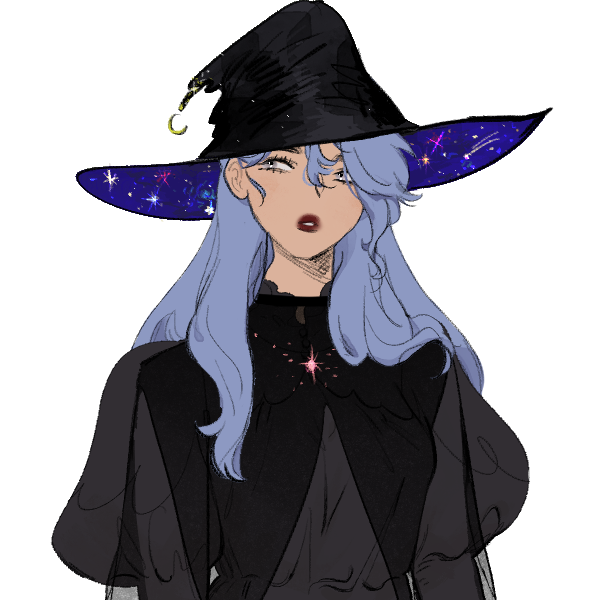 The Many Armed Witch Magna 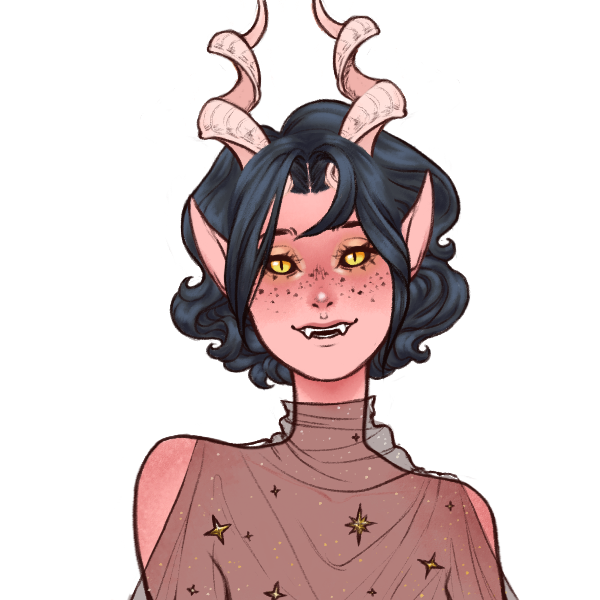 I love the details you provided for the brews and the food and the staff!, Do want to know more about the staff and patrons but overall this is a good article!