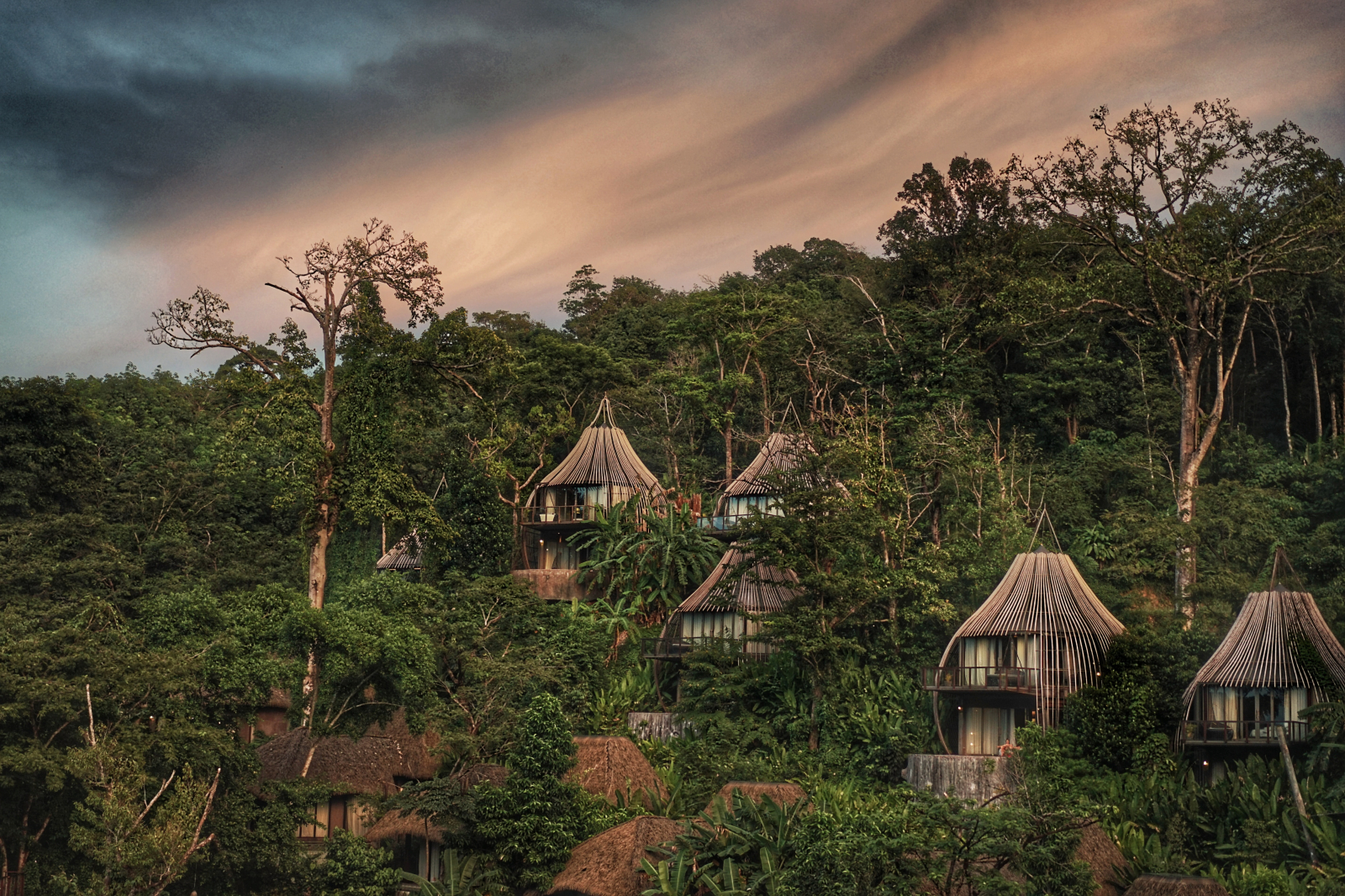 Bodhi Village is a rural tropical rainforest settlement within the Himavanta Forest of the Zomia Tropics. The residents live within various parts of the native trees at various heights in the highlands. Various birds often fly in through the windows of homes. The heavy rainfall saturates the soil and lets the trees grow tall.

Bodhi Village has a very loose form of government. There is a community council that solves problems within the community but doesn't really set down specific laws, expecting people to follow by obligation. They also represent the village when interacting with separate states.

Dense vegetation can limit lines of sight and arcs of fire, but can also provide ample opportunity for camouflage and plenty of material with which to build fortifications. The terrain can be inaccessible to vehicles and so makes supply and transport difficult, which in turn places a premium on air or arboreal mobility. The terrain can make it difficult to deploy armored forces, or any other kind of forces on any large scale.

Bodhi village has a group of artisans who work with local materials. Banana leaves are large, flexible, waterproof, and impart an aroma to food that is cooked in or served on them. They are fully dried and used as packing material for foodstuffs, and are also made into cups to hold liquids. Common are materials made with banana leaves such as baskets, hats, food wraps and plates. Various resins are extracted from plants for adhesion or food syrups. Resin from specific plants are even used to make a biodegradable plastic.   Bodhi Village is relatively isolated so trade is only a small part of economy. It imports its tropical crops for those of other places. Recently Bodhi has been the destination for a cocoa plant plantation to produce chocolate. Bodhi also receives handheld electronic devices as the community centers begin to install gemstone powered generators.

The majority of the population lives within the large and wide trees at various levels. The homins, lamia, and harpies live among the tree tops, the foundation for their resting places are built by pulling together branches under them and joining them at a point. After the foundation has been built, the homin bends smaller, leafy branches onto the foundation; this serves the purpose of and is termed as the "mattress". After this, can use more altered leafy branches or moss to make blankets, pillows, tarps, pockets, etc.   Fairies live within the trunk of the trees, usually there will be a doorway in one side of the trunk, and a substantial space inside. The more elaborate of the abodes are furnished with front steps, windows, back doors, and visible from the outside. While hallowing out a dead tree is an option, many prefer keeping a furnished tree alive by only taking out what they need for a living space and using nature magic to maintain the flow of nutrients. Most homes use magically enchanted lighting and heating generated by household satchels. Squat toilets are the norm and most of the plumbing is done by bamboo reeds.   Transportation thorough the village is done by climbing up the tree trunks, swinging via dangling vines, or the rope bridges between public places. Due to the physical exertion needed for such a lifestyle, the residents are all healthy and fit.

Bodhi Village was founded by a small band of homins in the Zomia Tropics. They encountered various other species roaming the area like fairies, dryads, lamia, and merfolk. Together with these races, the protected the area from being deforested by a djinn development company. Later running water was found at high altitudes and thus that area was settled by homins and fairies, with lamia following suit. The merfolk are at a lower altitude living within the Spotted Lake.

Two types of housing predominate. There are classical treehouses made with lumber that surrounds the tree and is anchored in a way that the tree can support its weight.   There are also houses made by shaping the tree as it grows so that it has spaces with the trunk that people can live inside. Most homes and buildings are constructed with either rope bridges or living root bridges that can support the weight of people.

Tropical Rainforest   Bodhi Village resides in the Zomia Tropics, up in a somewhat isolated area on the mountainside east of the Amazin River. The settlement is also home to the smaller Bodhi river and the nearby Spotted Lake.

Fruit: papaya, jackfruit, mango, mangosteen, langsat, longan, pomelo, pineapple, rose apples, durian, lychee, ginup, dragonfruit, coconut and banana   Herbs: kaffir lime leaves, lemongrass, spearmint, holy basil, ginger, turmeric, fingerroot, cilantro, pandanus leaves, and lemon basil   Spices: curry powder, and fresh and dried peppercorns, cumin, cloves, long pepper, star anise, prickly ash seeds and cinnamon   Vegetables: plantains, yardlong beans, bean sprouts, bamboo shoots, tomatoes, cucumbers, kale, choy sum, soybeans, sweet potatoes, and a few types of squash   Fungi: straw mushrooms, shiitake, and white jelly fungus   Most of the animals raised for consumption in Bodhi Village are insects and their larvae such as beetle grubs (mealworms), grasshoppers, crickets, bee larvae, silkworm, ant eggs and termites. Cricket farming has developed into a significant animal husbandry sector and is the main source of income for a number of farmers. Besides insects, animals like frogs, chickens and duck are also raised on a much smaller scale mainly by lamia farmers for meat and eggs. In addition to the livestock on the land, there is an increasing amount of fishing near the river and by the lake. The fishing provides a large percentage of the meat which is consumed by merfolk and lamia as well as some fish being preserved and shipped. Aquaculture of species such as tilapia, catfish, tiger prawns, and blood cockles, now generates a large portion of the seafood sold in and exported from Bodhi Village.
Type
Village
Population
164
Inhabitant Demonym
Bodhian
Location under
Zomia Tropics
Characters in Location