A desert in the deep

The Far Deep holds many wonders and horrors, places alien and unlike anything found in the rest of Araea. The Dunes is one such place, a vast stretch of gleaming desert, glittering beneath the bio-luminescent fungi and the distant, glowing light at its heart.   No one knows how far the desert really stretch, nor what the heart truly is. The cautious stay far from it, for the Dunes are not lifeless.

The Dunes are made up of quartz-dust and grains, crystal spires and fields of semi-crystallized rocks that range in size from the size of a hand to boulders. Crystalline stalactites and stalagmites dot the landscape like fangs. The vaulted ceiling is estimated by the Kaia who have been there to reach a mile in height at its highest points. It slopes considerably about a mile in, evening out again after a hundred yard or so, then rises again.. While most of the Dunes is confined to one vast chamber, it branches out to several tunnels and caves along its route.

Blinding light   The most immediate danger of the Dunes comes from the endlessly shimmering light that reflects off the quartz. To eyes accustomed to dim lights or darkness, looking directly at the Dunes will blind the unwary.

The light, also called the Heart, can be seen from nearly any point in the Dunes. A soft, distant glow somewhere far into the Dunes of indeterminable. Some say the light pulses and beat, claims from where the light has acquired its name. No one has gotten close enough to it to know what it is. 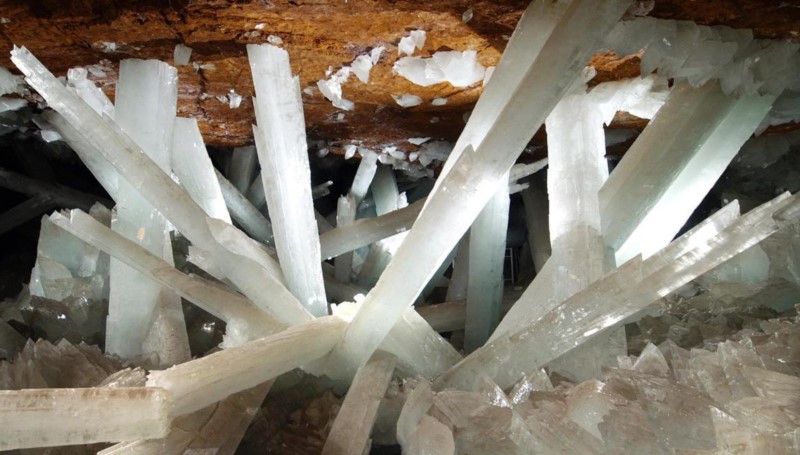 The Dunes are rarely still. Winds from deeper inside the desert makes the sands shift. Explorers have to navigate around the large, standing landmarks and watch out for the wind, which can cause violent sandstorms and even dust-devils out of glittering grains of razor-sharp quartz. Weather, a rarity in the dark caverns, is a very real threat to those who brave the desert.   Nor is the desert without life. Large, mawed things hide just beneath the sand and prey on ambling, long-legged things with crystalline cysts sprouting from their flesh. 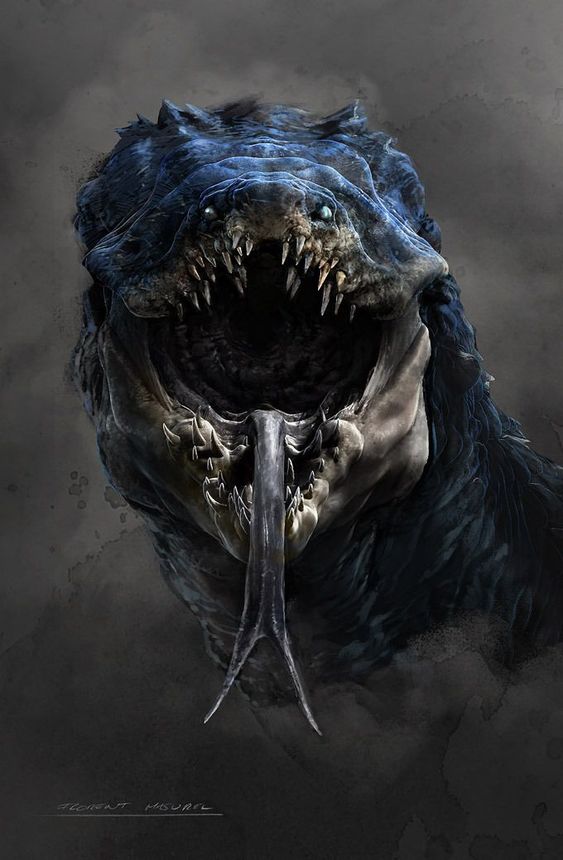 Some say the Dunes have become more active since it was discovered, reacting to the people who tread across its vast expanse. Storms scour those who get too close to its centers and the howling winds carry warnings not to go further still. Most scoff at the idea that the desert itself could somehow live, a single mind of quartz and crystal, as an impossibility.   Those who have been to the Dunes and felt the caress of its winds are less sure.

The "sand" of the Dunes consist of ground quartz and crystal particles, mixed with rock-sized chunks of the same. Since ancient times, the crystalline sands have come to form rolling hills and valleys across the stretch of the Dunes. It is abrasive and even a roll down a dune can cause countless tiny cuts and scrapes. Breathing it in is highly dangerous, in more ways then one. 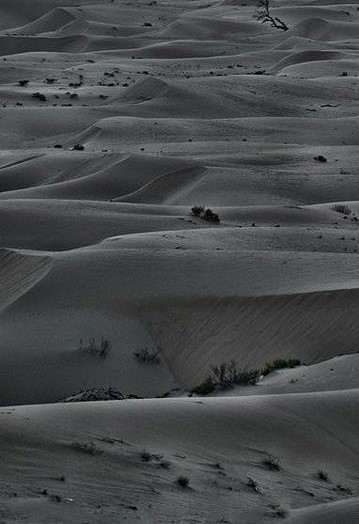 Not all of the sand are made from the same common quartz and not all will give you just a cut. Deeper into the desert, where the dazzling lights turn a stranger hue and the shifting winds carry whispers, the quartz become more actively hazardous. It is called the quartz-pox, and it is a mix between an infection and crystalline parasite.   Infection occurs by inhaling an significant amount of deep-quartz dust, a particular and peculiar acting kind of quartz sand. It turns flesh to gleaming stone over a period of weeks and unless treated, the infected is doomed to become an oddly shaped quartz block. 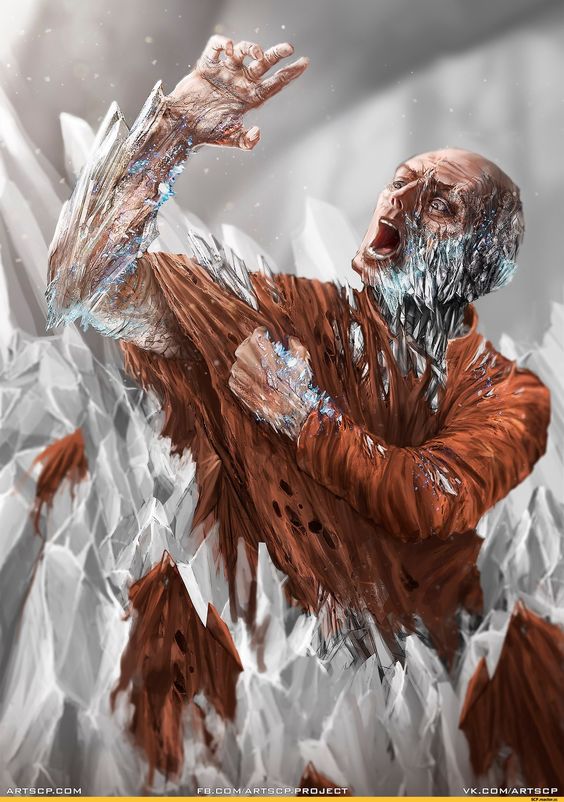 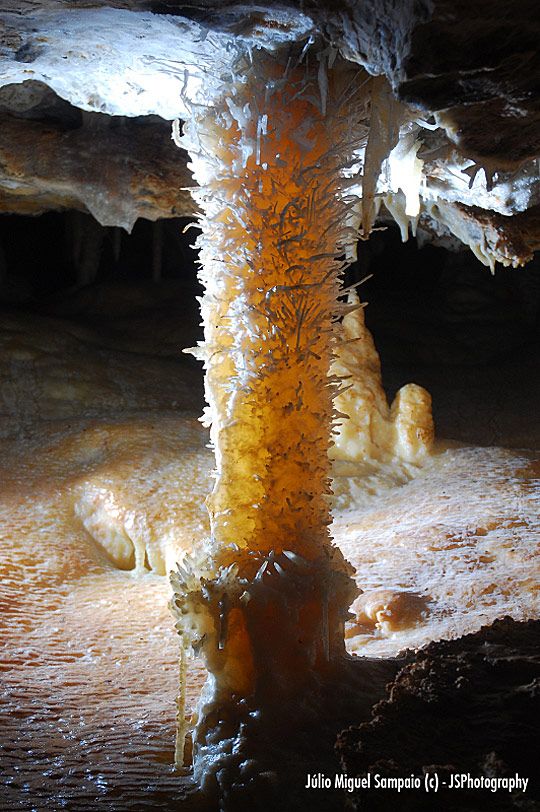 Your descriptions reminds me a bit of the Lovecraftien style, which is my favourite. Well done. I think that feel mostly got through in the introduction and in the quartz-pox block! Well done! It was really enjoyable to read.

This article is clearly beautiful, on all aspect. Well written, well organized and wondrous artworks well chosen. I also like that this zone is not only impressive for its cristals (Like the iRL counterpart of the 1st picture of the main text :p), but also for its mysteries, creatures and ambiance. Continue in that way !

Thanks! :D I'm glad you enjoyed it

Why do you have two linebreaks after "A desert in the deep" it makes the formatting look a little off in the beginning :/   "reacting to the people who thread across its vast expanse." I think you meant to write "tread" here ^-^   Uhh, my fan-theory: the light is a huge chunk of radioactive material xD

I think it was part of some earlier layouting that I was playing around. I fixed that, and the typo. :)   And you're not necessarily wrong about that theory. Not necessarily entirely correct, either. :D

Holy fuck that's creepy, cool and awesome in so many ways.