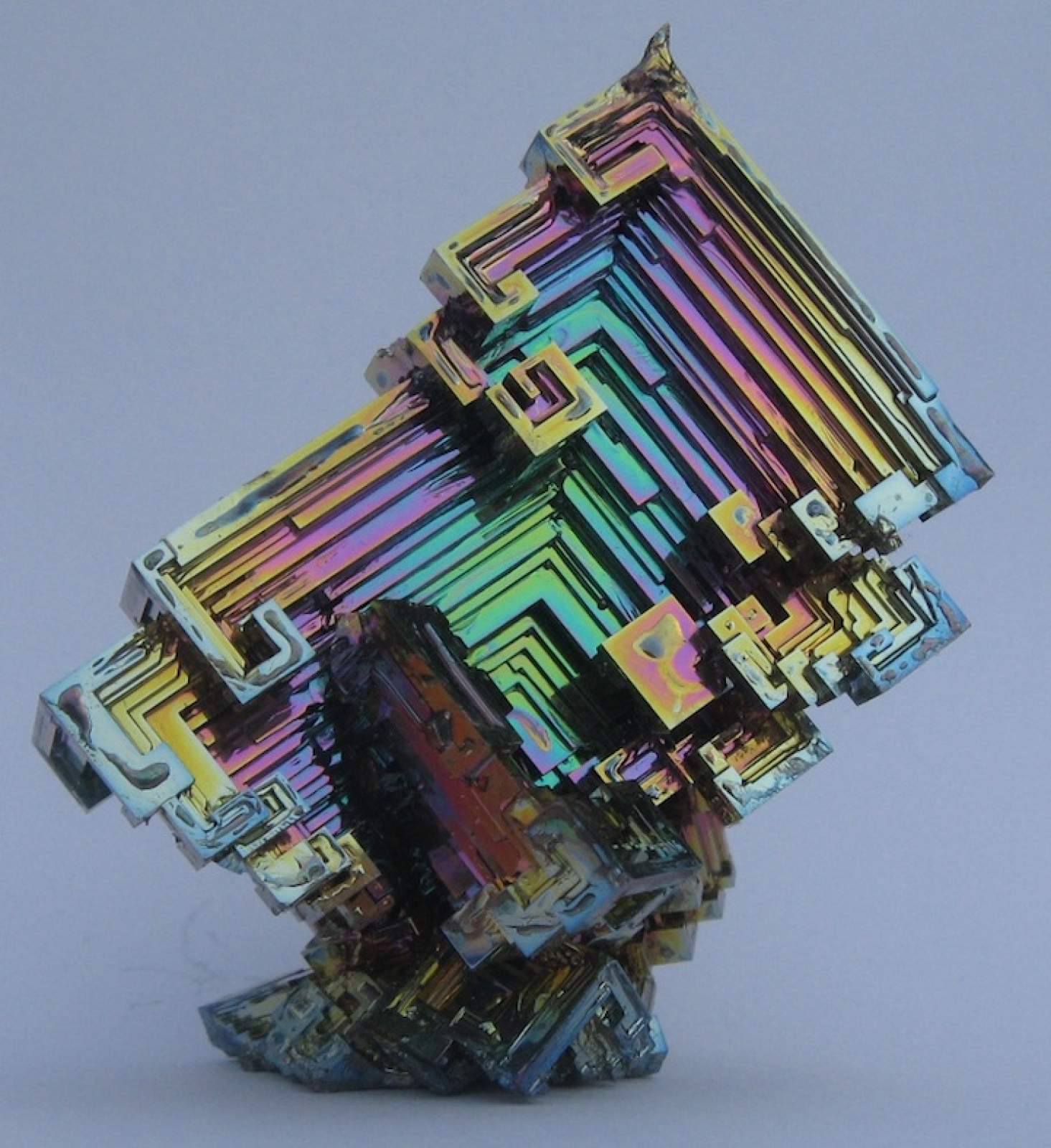 Forget silver, forget gold. If you want to get rich, come with me and find a fallen star.
— Sawteamiq, Star-Chaser

Starsteel is a rare metal found only in the meteorites that bombard Araea every now and then. While most of these impacts leave nothing behind but craters, meteoric iron or stranger things, a rare few carry ores of Starsteel.

In its natural form, Starsteel ore look like rainbow hued metallic crystals with repeating, square patterns. Pieces of ores often seem to have fused together by some unknown process during its voyage from the stars, while other meteorites have small shards scattered across a larger area of the rock.   Once smelted, the ingots resemble the steel from which it draw part of it name but with a rainbow sheen to its surface. Poorly smelted or impure Starsteel take on a slightly rusted look, even if no corrosion has actually occurred. 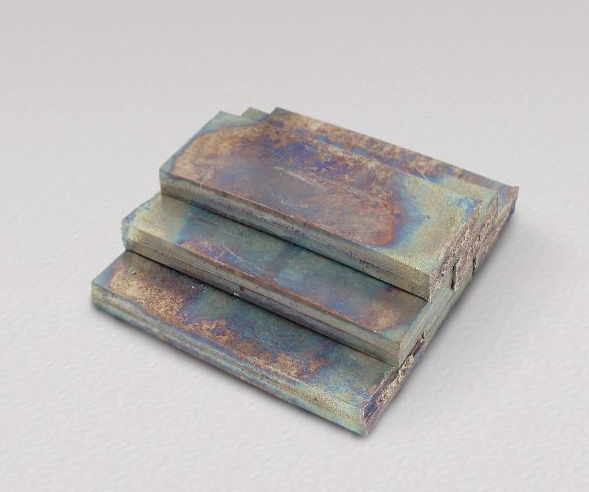 Starsteel is light but durable, melting in the best forges available in the deep. Were it not for its incredibly scarcity, it might make a weapon or armor on par with iron or steel. Starsteel is most useful to Thaumaturgy, with the strange metal being exceptionally well-suited to use for artifice both for its great durability and other, less understood factors.   But the most notable trait of Starsteel its ability turn blight into a visible, shimmering light when polished to a gleam. Its rarity prevent any real and wide-spread practical application of this trait, but it is vital for the theurgs who call themselves Blightomancers to be able to work their craft.

Blightomancy   Just because something is incredibly dangerous to everyone around it doesn't mean that mankind has not attempted to turn it into a weapon. With Starsteel, these theurgs bind Blight to their spells in devastating fashion.   The 'Blightomancers' are very rare and there are no elders among their ranks. While the power they wield is some of the most destructive among all Theurgs, they are no more shielded from Blight than their victims.   Read more about Thaumaturgy

To Forge A Star

Working with Starsteel requires extreme temperatures and to purify the metal requires great skill. There are only a few forges that burn hot enough to properly purify Starsteel in the deep and they are typically powered by magma or similar geothermal sources. Liquid Starsteel looks strikingly like liquid rainbow with filtered through metal. It cannot be cast, but must be worked by hand.   Theurgs have a distinct advantage when it comes to working the rare metal, though those who have any experience doing so are even more rare than the metal itself. With all the difficulty working it, some who come to possess Starsteel ore chose to display in its natural state instead, with the intricate metallic crystals worn as jewelry or locked behind display cases. 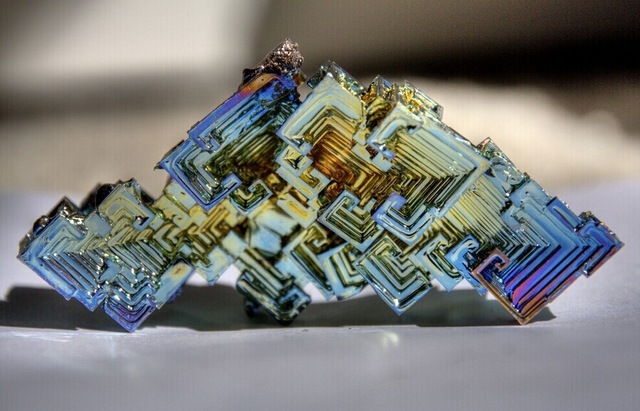 The Surface of Araea is a blasted wasteland, a mix of barren deserts and frigid glaciers. It is a brutal and dangerous world, explored only by the bravest or most desperate. But nowhere else can the valuable Starsteel be found, so the dangers are braved again and again for that distant promise of fortune.   Read more about the Surface

It's hard to estimate the exact price of Starsteel. Its rarity and its hard to predict availability would make its value astronomical. Like anything rare, Starsteel is coveted specifically because it is so scarce. But beyond Thaumaturgy there are few uses for it, making it the prize of merchant-kings and wealthy warlords.

Something between a occupation and a tradition, Star-Chasers are those who haunt impact sites for a chance of finding Starsteel. Mostly only find meteoric iron and a bad case of Blight-poisoning, but that does little to deter the next crop of Star-Chasers when lights blaze across the skies.   Read more about Star-Chaser

Space Invaders   Besides the Blight and the dangerous wild life native to the Surface, Star-Chasers must be careful as they approach the meteorites.   Beyond meteoric iron, ice, rock and starsteel, the impacts sometimes bring alien creatures from beyond the stars to Araea. These Meteorite Ticks are vicious and fearless beasts, and not even suitable for eating.   Read more about Meteorite Tick

Is the innate nature of starsteel usefulness to thaumaturgy its composition or the location and manner of its creation? Is starsteel made of elements not found on Araea? If it's entirely available on the planet, would it be theoretically possible to smelt an equivalent alloy, and if so, would it hold the same thaumaturgical uses as "natural" starsteel.   I really like a magically reactive material that in itself doesn't do anything special, which was what I was planning my whole magic system on, so it's nice to see a well-respected community work do something similar! Keep up the excellent work.

Yeah, all Starsteel found on Araea comes from stuff on meteorites. None of it is found on the planet itself. It might be possible to make an alloy, but it's so ridiculously rare that no one's really been willing to potential ruin what little they have yet.   Glad you liked the article. :D

I love the use of bismuth, it fits perfectly with the description of starsteel! Is there a "sure-fire" way of determining which meteor craters will have starsteel? Is it dangerous to wear starsteel because of the blight?

On both counts: Nope. Starsteel is not by itself radioactive, it just reflects radiation on the visual spectrum of light in aurora like fashion. This could be a way to see them, if the people of Araea had telescopes but given how they live, such optics have not been high priority to develop 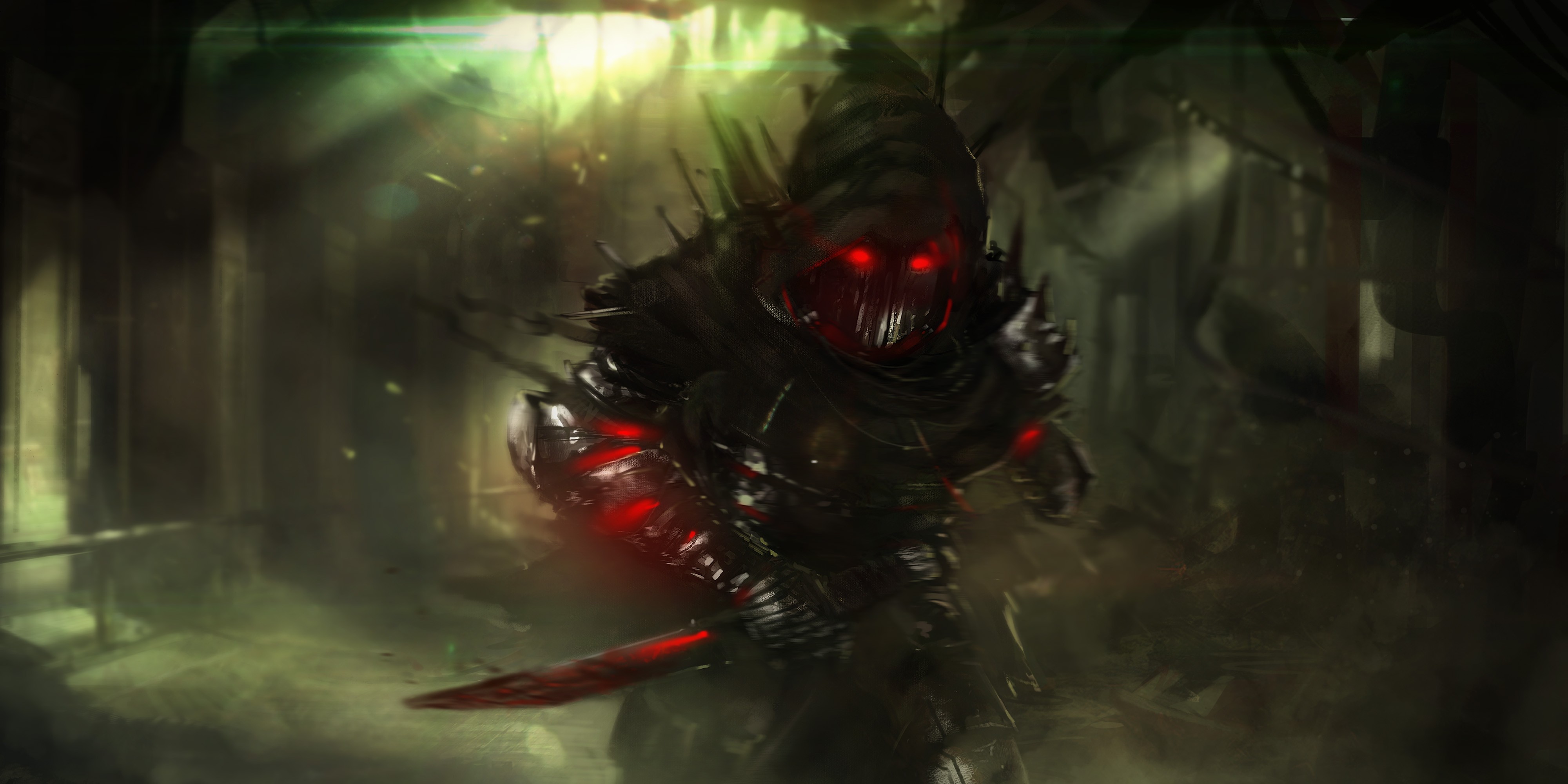 I really enjoy the thought put into the article. The idea of the starsteel being responsible for a newer form of magic known as Blightomancy is a unique idea. Also the detail you delve into involving the multiple uses of starsteel along with explanations on what each of these uses means for society gives so much more value and depth to the material.   So what were to happen if someone attempted to forge starsteel into say a weapon of some kind? Such as a dagger, sword or pistol? Is it malleable or as durable as steel or iron?

I'm glad you liked it. :)   It's about equal to steel. Somewhat more durable. It's so rare that using it for that is an extravagant expense we might equal to making a toilet out of pure gold, though: foolishness reserved only for the very, very wealthy.