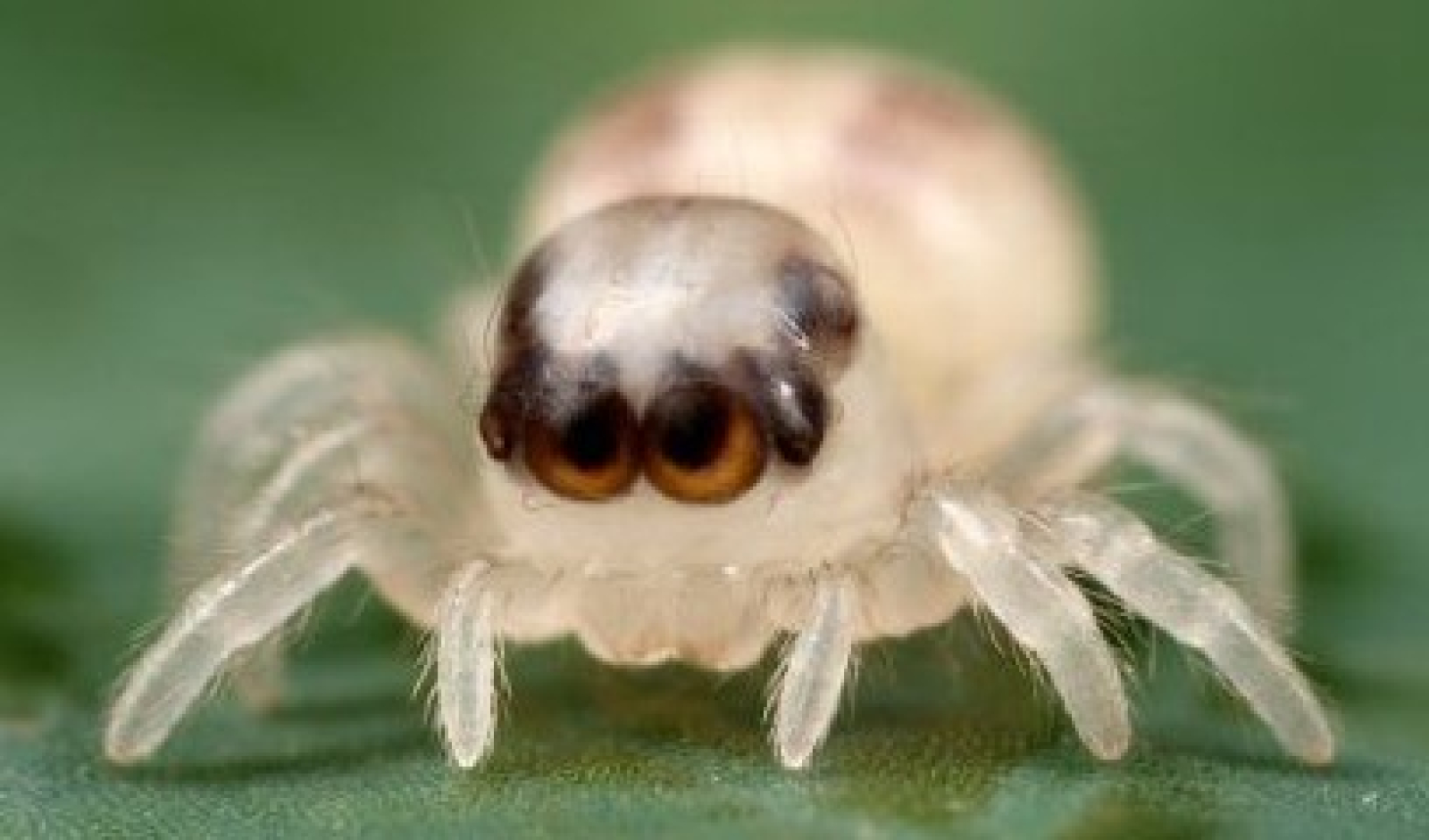 Sometimes known as Bat-catchers, the Rik-thei are large spider-like critters best known for their ability to glide for long distances by parting the carapace of their back to form two rudimentary wings. They dwell in the lower Outer Shell and all the way down into many parts of the Inner Shell, preferring temperate but moist environment.

Adult Rik-thei look like spiders covered in a carapace reminiscent of a beetle's shell. This shell is greyish dark in coloration and with a rough texture, so Rik-thei can often hide in the cavern walls before pouncing. Though they're not really big enough to be dangerous to humans, they possess a nasty bite with extendable proboscis that deliver a potent venom that can debilitate even a full grown adult.

Rik-thei pass through four stages of their life, going from egg to full-grown predator in about two months time.   Rik-thei lay small clusters of eggs in cracks and crevices to keep them safe from predators, which include other hungry Rik-thei. They prefer damp moss or lichen, but fungi or garbage will do in a pinch. The Rik-thei do not spin webs but instead nestle their eggs into the moss or other material to hide them away. Vaguely stone-like coloration and texture, the eggs hide in plain sight from predators. 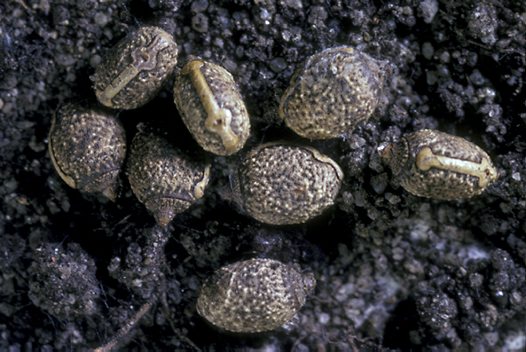 After few weeks of incubation, the Rik-thei eggs hatch into a small writhing mass of grubs. The grub are ravenous and those who hatch early will feast on the eggs not yet opened, then on each other. Usually, only a relatively small number of the grub survive and scatter shortly after their emergence. 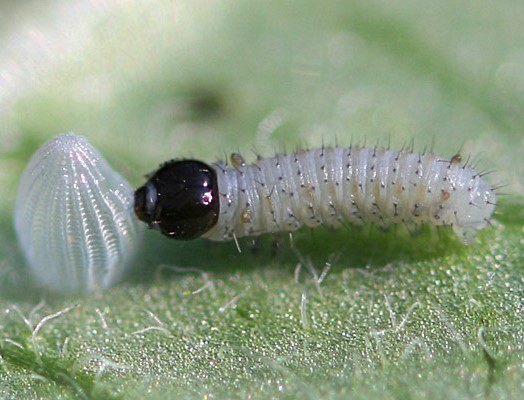 After a short time as a grub, the Rik-thei enter a cocoon and emerge after a few days in its juvenile form. Small and spider-like, they are pale in coloration and have not yet grown out their hardened carapace. Despite being incapable of flight, they can hop an impressive distance and use it to hunt smaller insects. 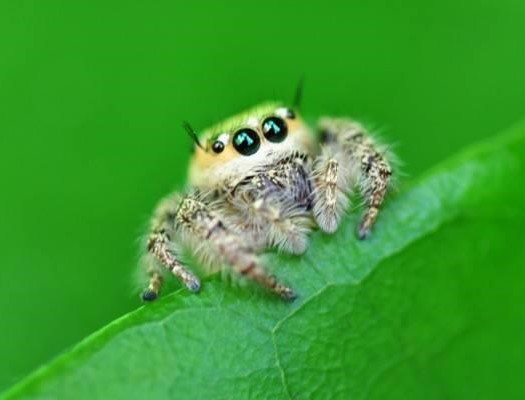 The juvenile continues to molt as it grows, soon forming the carapace and wings. An adult Rik-thei look like a spider covered by almost a beetle-like shell with barbed-covered pinchers at the front two arms. 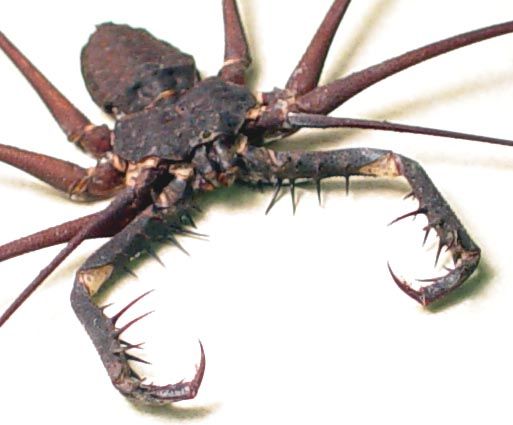 Rik-thei are hunting predators. Unlike many spiders, they spin no web but use speed and stealth to surprise their prey and administer their venom, then suck out the intestines as they liquefy. They are not aggressive towards people and can be curious as well as fearless.

There is a popular myth that the Rik-thei will crawl into the mouth of any sleeping cave explorers and turn their skulls into nests. Fortunately for the spider-lovers in Araea, this is nothing but a tall-tale.

In the early stages of their life, the Rik-thei survive mostly on fungi, lichen or small mushrooms. As the Rik-thei grows into their juvenile form, they add small insects to their diet before rounding it out with bat, cave salamanders and small rodents as they reach their adult form. They are known to practice cannibalism in times of hunger, but otherwise interact little with one another. Prey are consumed immediately and not stored. As such, the Rik-thei only hunt when hungry or defending their territory from invasive pests.   The Rik-thei are largely silent, but during mating season they rub their front arms together to produce a singing noise with which to attract mates.

Unlike their full-grown form, the juvenile Rik-thei have a more pleasant reputation and are considered cute little pets to have around. They don't exactly domesticate, but get used to people soon enough and are fearlessly curious. "Being adopted by a luck-bug" is the term used when a juvenile Rik-thei sticks around and it is seen as a sign of coming fortune.   Few care to keep the adult Rik-thei around, however. Some are released once they molt into their adult form while others are butchered and cooked, sometimes as an ingredient for a Chnagahn or a dish called Aharka, served from the carapace of the Rik-thei after being boiled with its own juices. 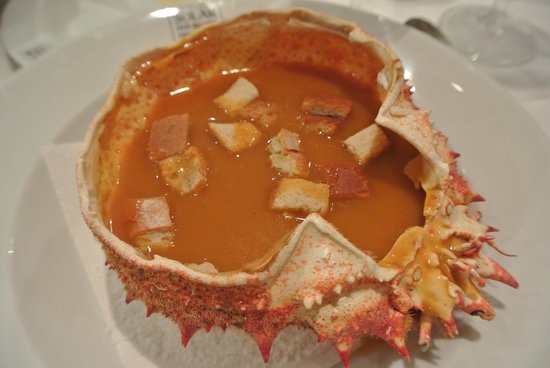 Average Height
Up to 14 cm~
Average Weight
Up to 0.5~ kilogram
Average Length
Up to 32~ centimeter

Superstition   It is considered bad luck to squash or brush off a Rik-thei that lands on you. The exact penalty for doing so varies between city-states, ranging from food spoiling to getting lost in the tunnels.   It isn't clear when this myth began, but while not exactly a sign of good fortune the Rik-thei eat many pests and more harmful creatures which is a possible origin of the myth.

Well aside from being cute at the top and scary down the bottom for their adult form... I kind of love your work with creatures.

Thank you :D   I am pretty pleased with them

Absolutely beautiful, although I must admit the cover image was .. surprising :P I don't mind spiders but still :P   If a bug was to grow to be as such my thought you have been "PURGE IT WITH FIRE"

You buy it as an adorable little hatchling and you name him pete and he's your best friend!   Then he grows up. :D   Thank you kindly, sir. :D

A most terrifying spider, well done.

What, you don't want one as a pet?

If it was like its lil'white cute form forever, why not, but honestly the adult shape is fearful xD

*shudders* I hate spiders. Especially spiders that eat things as big as rodents and salamanders! That's insane! I really like the extra tidbits about how juveniles are good luck and killing even adults is bad luck, it was a nice touch.

I'm not a fan of them either, but basing them off of a critter nicknamed "Birdeaters" in real life and then justr strangeifying it just made it flow. :D