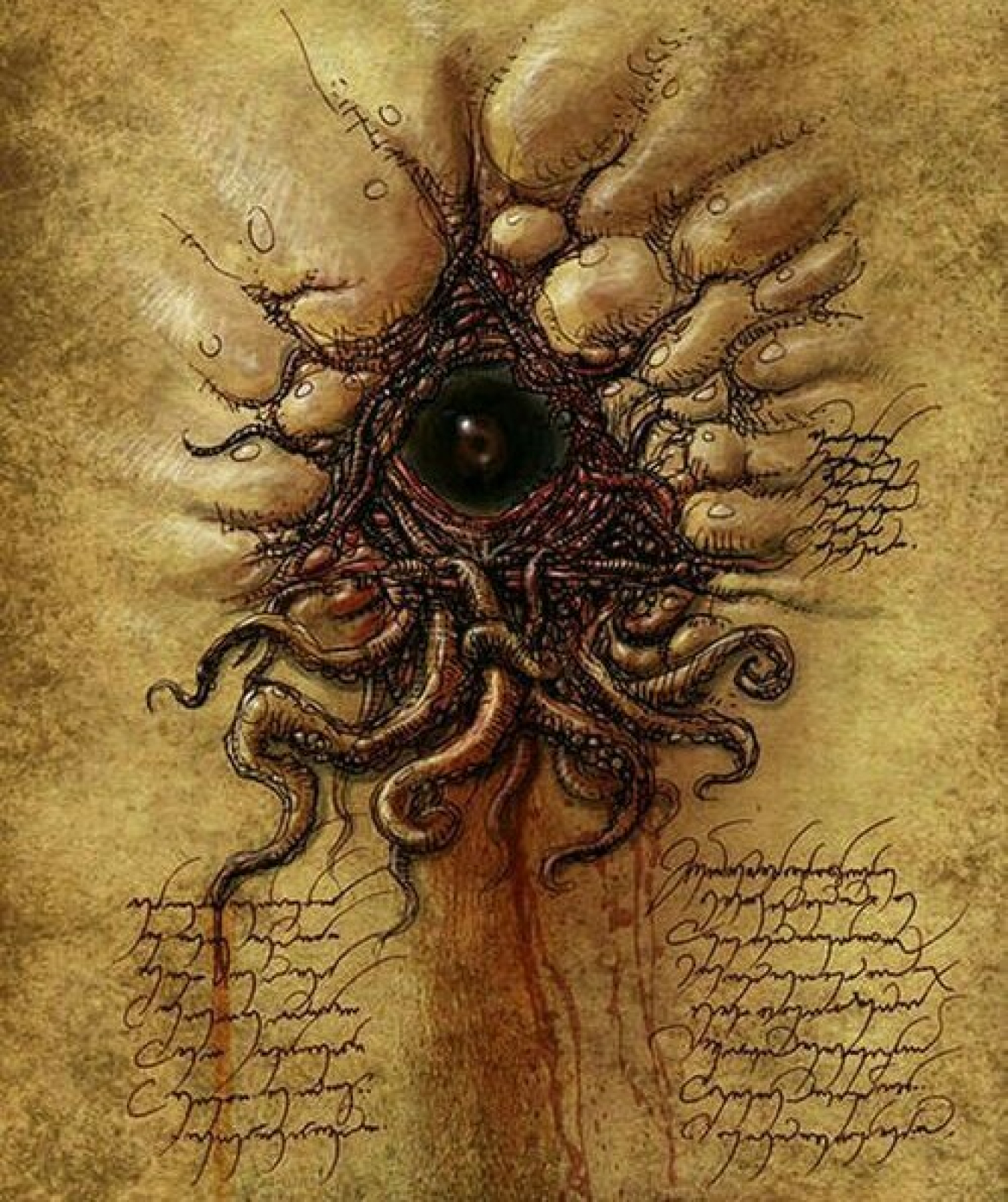 Key of the Black Star

It whispers of the stars above and of things far below

Find it. Burn it. Make sure it stays ash this time.
— Merchant-Magistrate of Tuiwas

The Key was once a single complete tome about the darkest, strangest secrets that Araea hides within its depths and above in the void between stars. It rewrites itself endlessly, working towards some blasphemous or dark end, with the Key changed every time it is found.   No matter how many times it is consigned to flames or the darkness of endless chasms, the book has always reappeared, found in some forgotten heap of garbage or tucked away at the very rear of that bookstore no one really goes to.

Once a book, the Key has been shattered into seventeen fragments in the only known successful attempt to permanently damage it. Bound with the leather of some Far Deep creature and written on pressed vellum, the fragment are old and and worn journals. The fragments vary in size, with the smallest being only a dozen or two pages long of writing and illustration while the largest is a volume all on its own. 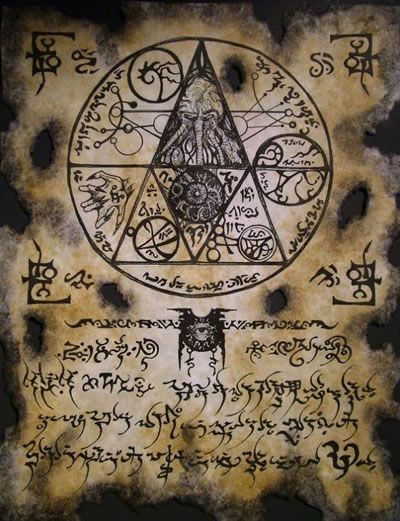 The text shows signs of having gone through several authors, with the handwriting and language shifting dramatically even between pages with notes and annotations scrawled on the margins. It is heavily illustrated, ranging from elaborate and incredibly detailed drawing of creatures, charts and stranger things to crude pictograms. Many of the illustrations are of things unknown... At least to most. 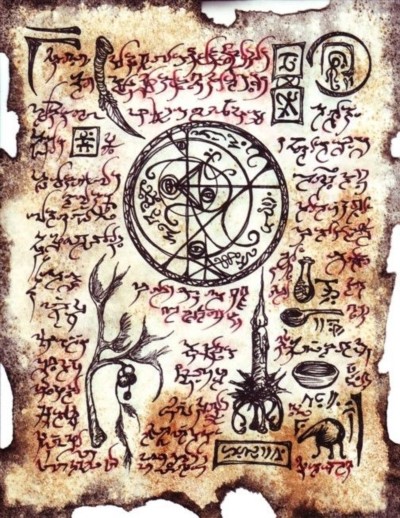 The Key is always different each time it is found. Sentences or entire chapters are added, rewritten or annotated. In at least three recorded instances text has been removed or crudely redacted. Exactly how it changes, nobody truly knows but every iteration struggles towards some conclusion that is ever just out of reach of the unknown authors.   Half mad prophecy and half crazed research, the Key holds secrets to things dark and occult. Even a single fragment has put people on paths to power... Or damnation. 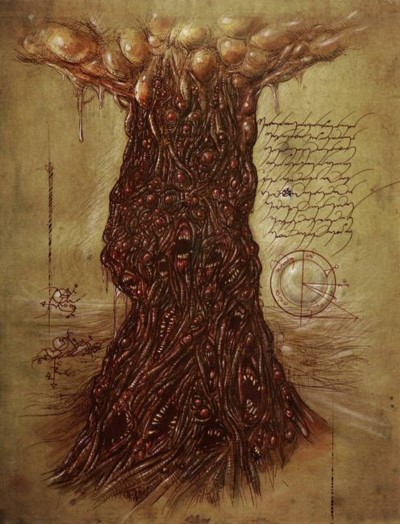 by Goomi32
There have been copies and translations made of the fragments, though these tend to be incomplete at best. Due to the rarity of the original fragments, the devout occultist is more likely to hold one of these copies (or in the worst case, forgeries) then an actual fragment. Copied by hand, they are plagued by errors and distortions, but are still highly sought after. The original has been so heavily annotated and so much text has been added to the margins that these copies can often be significantly longer volumes then the fragments.   But every time it emerges again, the Key holds new changes and strange insights, and new copies are made. 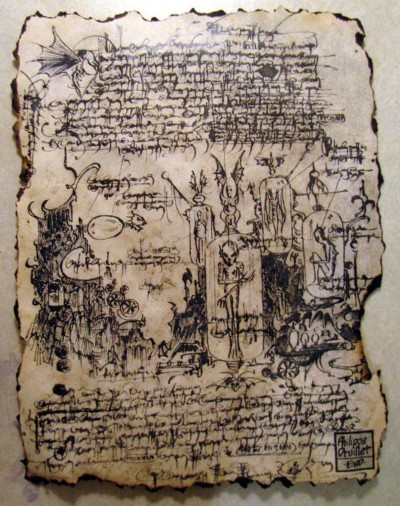 While owning the Tome is often not strictly speaking illegal, owing to its relative obscurity, it is greatly sought after by those privy to its existence. Those who find themselves in possession of one of the fragment of the books will find themselves harried by others who seek the book. Some to claim it for themselves, others to attempt yet again to destroy it.   Much of the tome's reputation as cursed and a bringer bad luck comes from the fact that people are willing to fight and kill to have it. 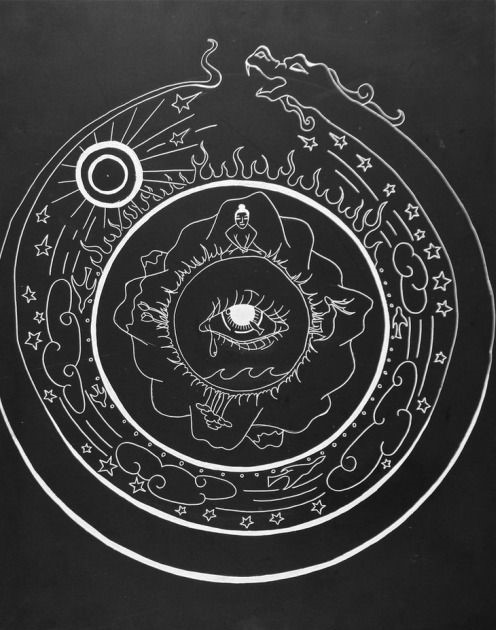 Those Who Seek The Shadows

There are those who desperately seek the Key. Many believe it holds the secrets to the future, of prophecy, immortality or simply power. Others burn with the need to know and understand the mysteries hinted at the slivers of knowledge found in every fragments. Kings and cultists alike have sought the fragments of the Key.   But not all who seek it are mortal men and women. Rumors persist of things that lurk at the edge of what can be seen, things that enter the world only when bidden or lured. 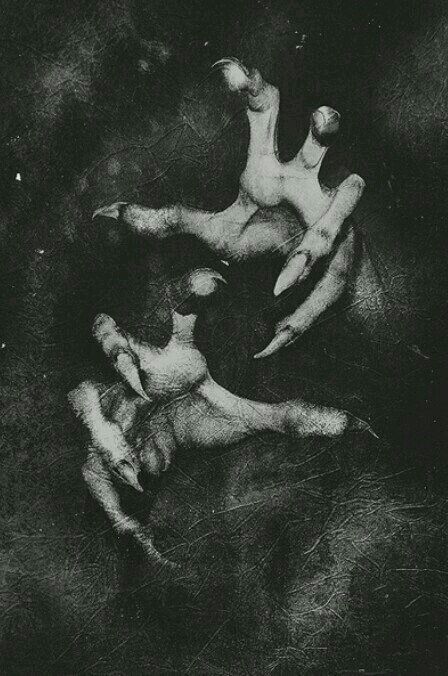 Keys to the Corpse

One of the most notable seekers of the Key are the infamous Corpse-Walker syndicate. Dreaded mystics and powerful adepts, is it possible that they first came to grasp their dread power through fragments of the Key.   Read about the Corpse-Walkers 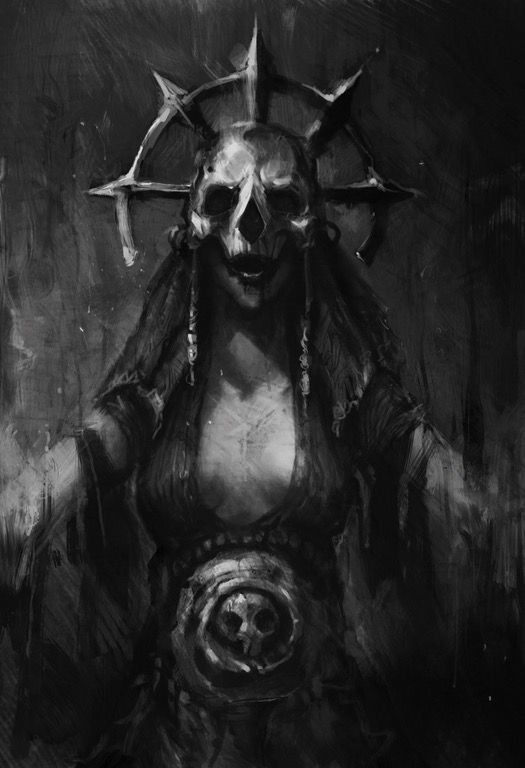 With the unpredictability of dating and mercurial nature of the book, occultists have taken to naming significant or important revisions after either the changes to the book itself, or the changes they caused.   The Bleeding Sun - This revision contained the first allusions to something called 'the bleeding sun', along with an illustration of a vast vortex in the sky above the Surface that swallow the stars around it. Believed to be more of a metaphor than an actual physical event, it still lead to the creation of the Star-Scourge Observatory and its cult on the Surface.     Rapture - A brief revision of the Key that held prophecy of things that would come from the Far Deep, alternating between lamenting impending doom and ecstatic flagellant-ism. The revision lead to the formation of a short-lived but brutal outbreak of religious zealotry and madness, as the people where it had appeared prepared for the end. Once the leader of the rapturous riots was killed by the Shrike and the fragment destroyed, this passage has since never been seen in other incarnations of the Key.     Jhornn Worm - This book contained the first dissection charts of a Jhornn worm. Splayed across almost a dozen pages in illustrations of the mile-long armor-plated worm alone, it remains one of the biggest alterations in the Key.     The Razing of Ravahnok - Whatever the page-long alteration held, only the warrior-queen who possessed it knows. Upon coming into its possession, she launched an immediate attack against her neighbouring city-state of Ravahnok and razed it to the ground. Dark things still haunt the ruins.     The Call - The only revision that has been recorded to hold a direct message towards.. Someone. "I know you will read this" 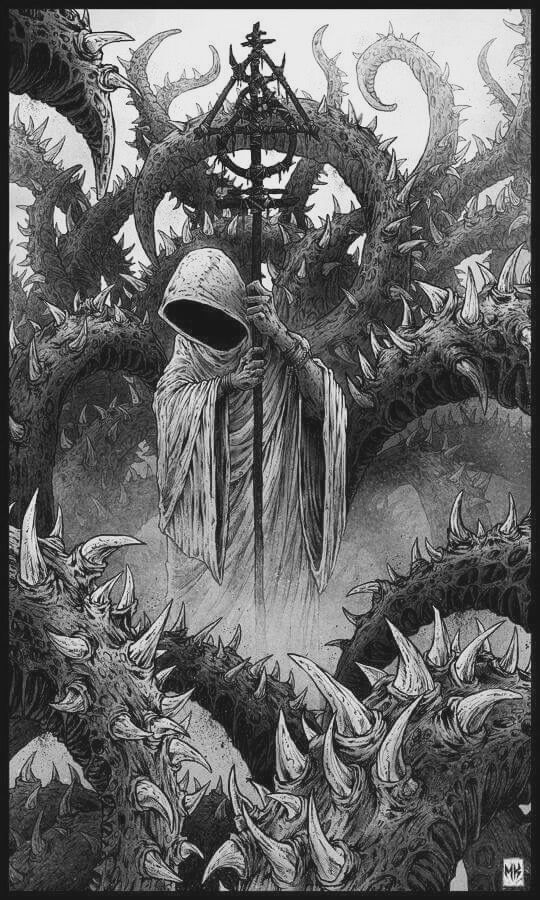 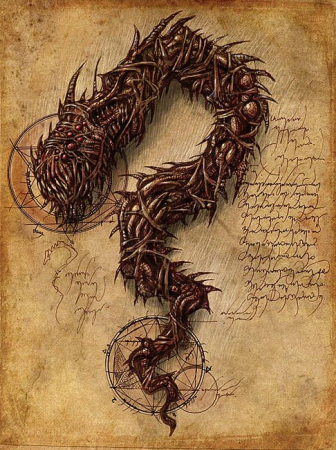 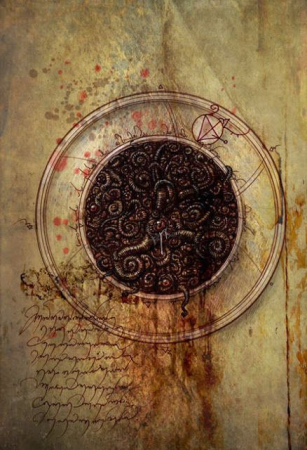 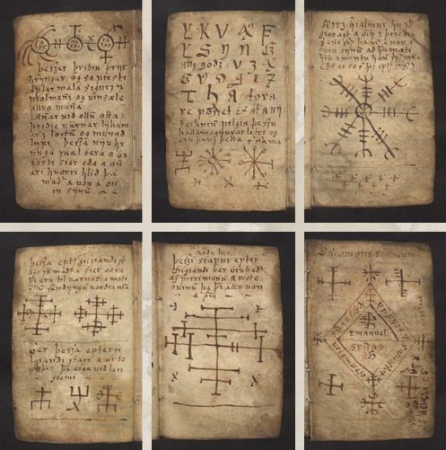 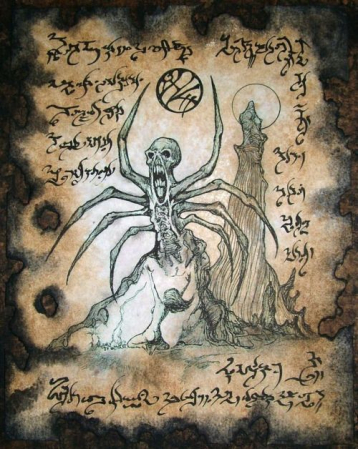 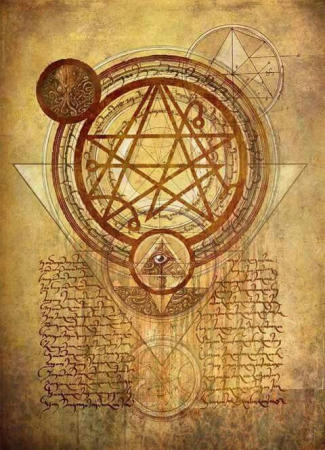 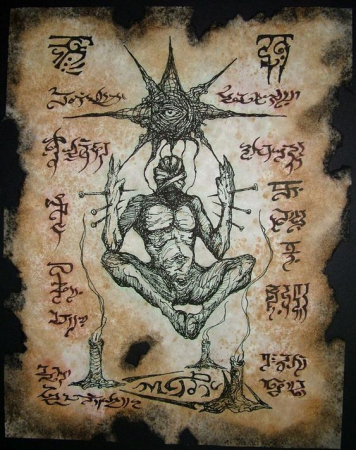 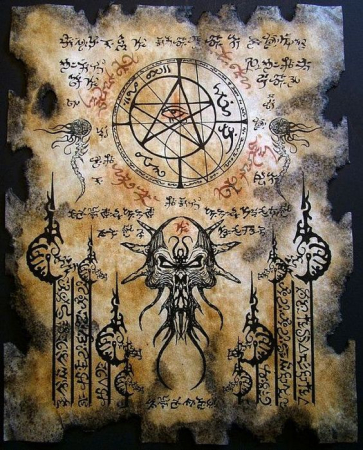 Great work, gave you my notes already for some revisions :)

Damn you are thorough, thank you so much. :D Lots of embarrassing typos to fix!

Well those were some nightmare style pictures for sure! Gave me a Cthulhu vibe, I super dig it!

Those definitely are the best kind of vibes :D

Wow! This looks awesome! Did you make these pictures yourself?

So much lore and very well constructed! (and I know it says not to, but just those word at the end made me fear the dark :P)   Great article!

Love the art you used in this!

Thank you! The spooky hands out of the dark is a personal favorite. :D

And another amazing addition to Araea by Qurilion. Been binge reading some of the stuff and lovin it.

Thank you! I'm glad you are enjoying the read! :D