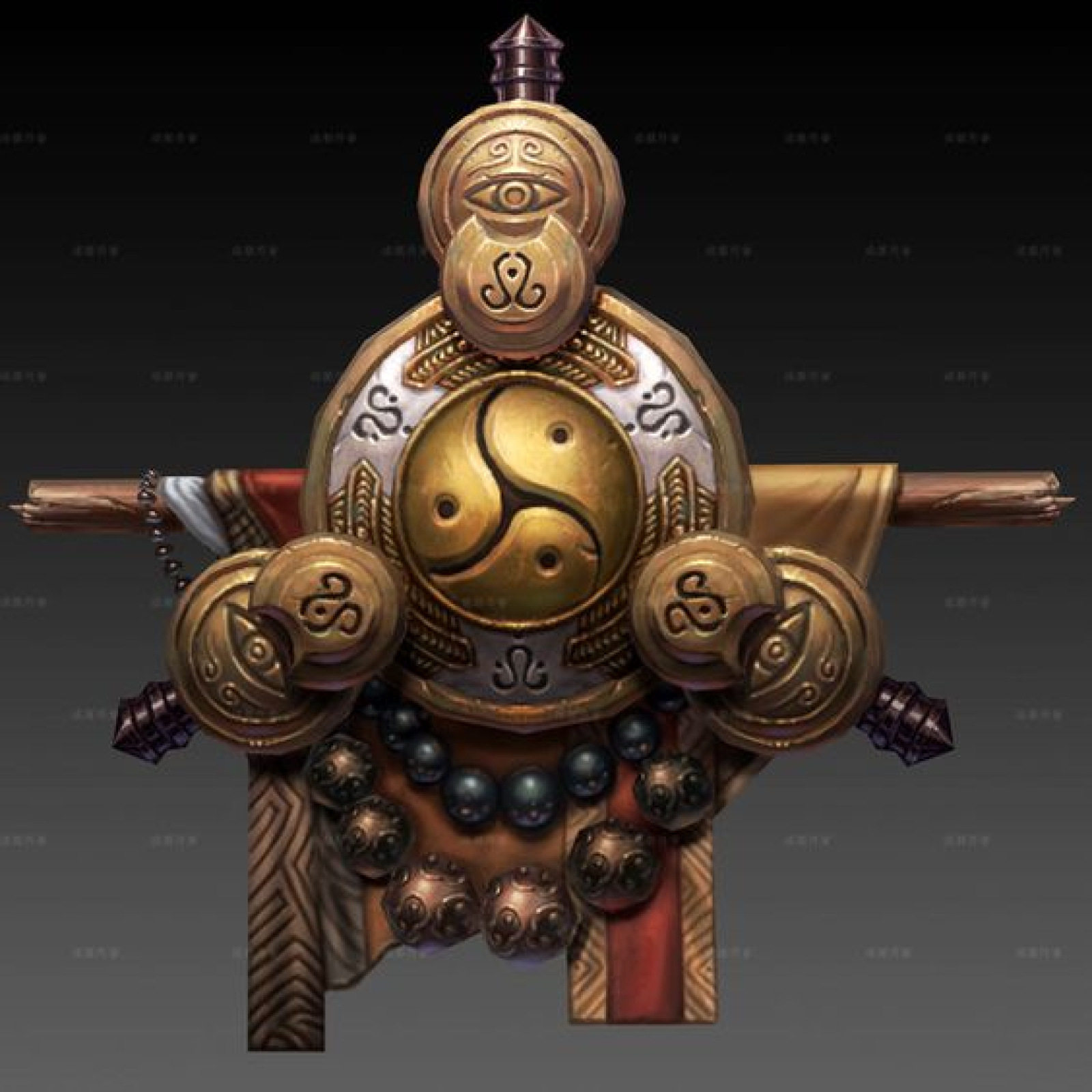 Family first   This has been the guiding principle of the House of Daitau since they first arrived in Mharaji. While others squabble, feud and fracture, the House of Daitau stand together. From humble beginnings as merchants and miners once lost in the Far Deep, House Daitau has come to occupy a place of wealth and power within the grand city-state of Mharaji. With their ascension to the ruling Council, the roots of House Daitau have dug deep into the city. More than ever, they have the means to look to their kin and clan. They will do anything for family.   Anything.

Never pick a fight with a Daitau. They're like Chiwara; you start something with one and the rest just come crawling out of the stone to chip in.
— Haranha, the Kaia

The House of Daitau are merchant, miners and workers. Through their sprawling lines of kinship, they control a sizable chunk of Mharaji's mining and industry. Theirs is a significant presence in the Vaults and no other power within the city funds as many prospectors as they do. Despite their wealth, the Daitau are considered the weakest member of the Council and often underestimated. It makes them less of a target to the never-ending intrigue of the Enclave and leaves them free to pursue other.. More important ventures.

by Gabriel Yeganyan
Only those who claim kinship with the Daitau lineage has any hope of advancing within their mercantile empire, no matter their talent. Even those who marry into the family are bound to the station of their spouse, with no way either up or down. This has created something of a generational competition, where the children are the ones expected to rise (or, on occasion, fall) beyond the station of their parents. As a result, marriage is tightly controlled by Daitau elders and potential spouses are scrutinized for what they can bring not only to their spouse, but the whole family. Some have made the comparison of Daitau courting rituals to the ranches that try to breed the best Khtam and it is well deserved.

Kinslaying   There is no greater sin, no more vile treachery to the Daitau than to spill the blood of kin. That is not to say it doesn't happen - the house of Daitau is vast and competition between families that seek to position their offspring to assume ever-more power is fierce.   When such cases do arise, the Daitau handle such matter within the family. What they do with kinslayers is their own business and they do not share their fates with outsiders.

House Daitau is not as wealthy or as powerful as it could be. It trusts few outside their own kin and this has stunted their growth in business. Partners are only considered if they can also be bound to the family by marriage, with few exception. While others hurry, the Daitau grow only as fast as their family does.

Within the sprawling family tree of the Daitau lies a dozen lesser names, of families within the family and bloodlines of great importance. The Daitau track the latter with fervor, believing that the blood carries greatness within it. While all are Daitau, the family are split into sub-families and laced with these bloodlines. Some families consist entirely of members made up of one bloodline, while other lineages are scattered throughout the family as a whole.   The Daitau take great pride in both and the skulls of venerable ancestors, treated by Daitau Shikei, are housed in well-kept shrines as treasured relics.

One of the largest and oldest, the Sohm control much of the Daitau. Wealthy and powerful, they see themselves as the guiding hand that lead the others.   Unfortunately for the others, they have the means to enforce their will.

The Kahr are warriors, bred and born to fight. Their numbers are intentionally kept small and spread out across the other families as men-at-arms, bodyguards and assassins. Marrying the Kahr is prestigious, but the Kahr elders are particularly stringent on the physical qualities of potential spouses.

One of the smallest families and rapidly disintegrating as members die from a terrible inherited disease, the Yayai face oblivion. Worse, their blood is considered tainted now and none will allow their kin to be married to a Yayai. They are cared for, as they are still family, but kept at arms length. 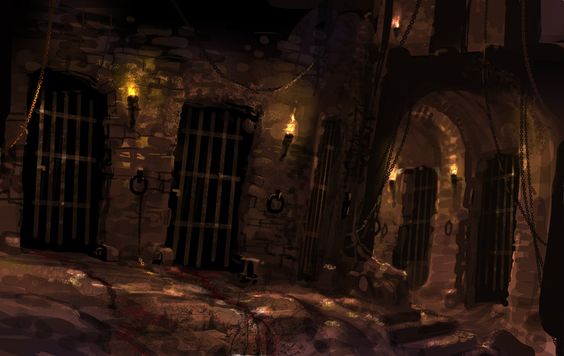 Many of the Daitau belong to the bloodline of Dai, the founders. They often think of themselves as the true-blooded of the family and carry themselves with all the arrogance that comes with it. While the Sohm are all of the Dai bloodline, it can be found in every family 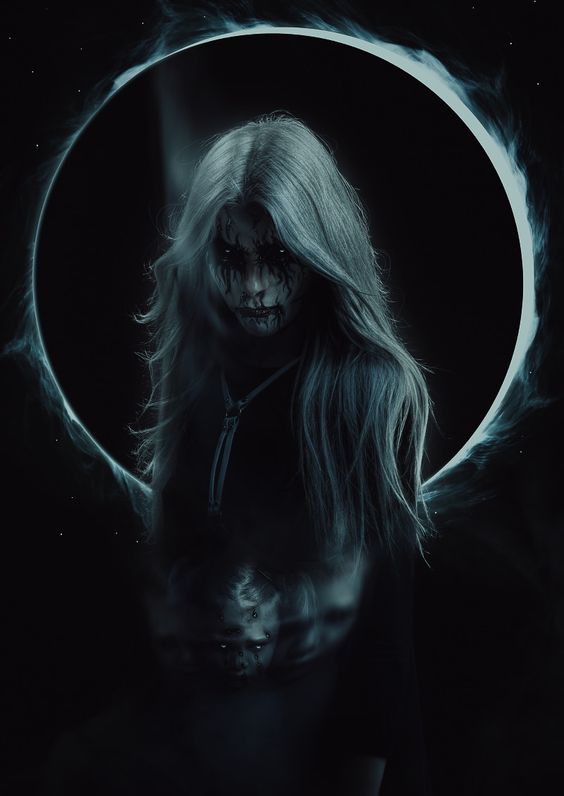 No one outside the Daitau know of the Zohab bloodline. Their numbers are small, never allowed to rise or fall beyond thirteen. They are kept away from the rest of Mharaji, guarded or imprisoned. Feared and treasured.

Mharaji   The greatest of all city-states, Mharaji is the largest and most populous city in the dark of the caves. House Daitau have nested in the heart of the city and count among the Council that rule it. Vibrant, vast, diverse, dangerous - Mharaji are many things, but never dull.   Read more about Mharaji 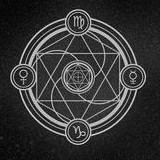 House Daitau share power and the city with the rest of the Council. Despite their best attempts, they are bound to them in a complex web of intrigue, power, dependency and hate.

The venerable Saitahi share many of the same business interests as the Daitau, but their rivalry has never been particularly fierce. Daitau does not seem to seek wealth in the same manner as the Saitahi and the two have managed to remain, at least, agreeable to one another. With Saitahi in decline, time will tell if this will hold or not.

The Daitau fear Kaikori and the Rua'ni Company that she lead. While the mercenary has remained neutral in all Council feuds so far, the Daitau know that she could swing the balance in any serious confrontation. In part, the Company has weakened the Daitau's position as tie-breaker and limited their ability to barter vote for concessions. 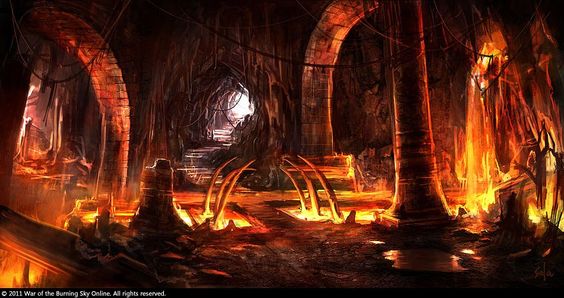 No other Council faction raises the ire as much as the cult-like Toruban. The cultist leader seem to enjoy antagonizing the Daitau and they have in turn come to despise them. Beyond closed doors and sturdy locks, the Daitau whisper to themselves "Perhaps they know?"

Much like the rest of the council, Daitau think very little of the Go'rim Conglomerate. Unlike the others, the Daitau are not actively expressing their displeasure about the upstarts but instead try to ignore them and shun them from any business dealing. The most common word used by the Daitau to describe members of the Conglomerate is "mongrel", and no marriages between the two is to be allowed.

Daitau dislike the Rokonoh for a very simple reason: money. Rokonoh and Daitau are direct rivals in many business dealings, with Daitau suffering from many of the Rokonoh's criminal enterprises. The Rokonoh in turn consider the Daitau to be easy marks. 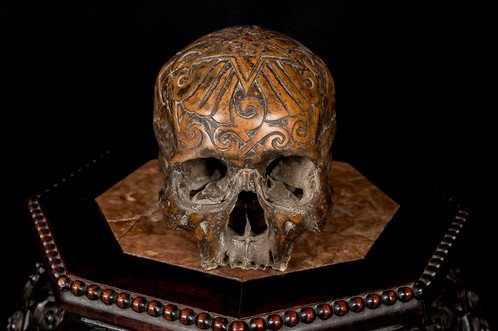 by The Copper Hammer

While it is known that no other fund as many expeditions into the Far Deep as the Daitau, the true scope or purpose of these ventures remain unclear. Fortune, it seem, remain almost a side-effect of whatever it is that the Daitau are looking for.   The Kaia know that the Daitau pay well and treat them with respect, but always wonder what will happen to the Kaia who actually find what it is. 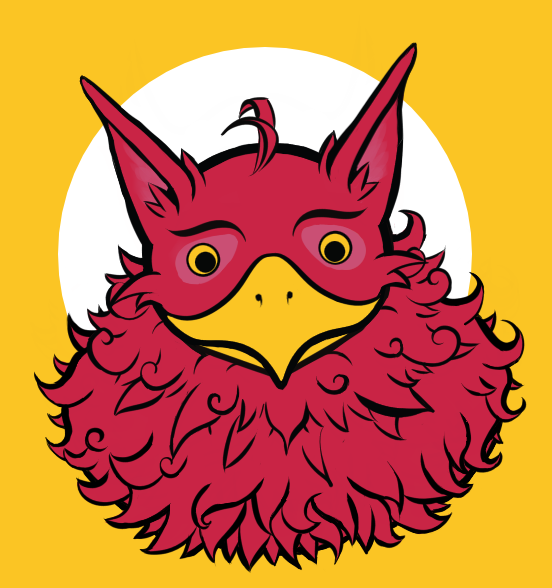 Liking this house so far! A proper merchant class. I might advise adding more families and bloodlines the Dai and Zohab that you already have seem like extrema on a spectrum, so what about a few examples of bloodlines in-between? I'd also be interest to know how the house govern's itself and directs it's goals and agenda?

I'll have a stab at adding some additional bloodlines and subfamilies! And a bit about how they govern, too :) Thanks for the prompts!

Wonderful depth of this house and the families encompassing it! The Zohab are so mysterious...I'm intrigued why they keep their numbers to 13 total! Reading about this house and the other factions gives me a Game of Thrones vibe, with plenty of intrigue and conflict to go around. Does the House of Daitau have a recognizable symbol they use to identify their brethren?

They probably do have a banner and symbol, I just haven't picked one out yet! I had trouble finding one I liked, so I might just see about commissioning an artist for something cool :D