"Kendra's Toolbox, eh? That's probably just a legend. Been centuries since anyone claimed to have set their eyes upon it. It's either a legend from the Guild, or it was stolen or something. Either way, we can't count on it."
— an ex-smith from the Craftsmen Guild


The legendary lost toolbox of the Spellsmith Kendra, this artifact is rumored to be able to create spellforged items as easily as its original owner could. But it was lost, probably taken by treasure hunters, before anyone could use it.

Through years of work perfecting her techniques, Kendra selected a handful of tools that are necessary in order to spellforge. She took this box with her wherever she went, and treasured it greatly. When she passed away, her toolbox was kept with her remains, inside her statue in the Circle of Heroes. But as her reputation spread, treasure hunters from other lands came in search of the artifact, and it is believed they stole it, as the toolbox was never seen again.

Kendra's Toolbox is, to no one's surprise, was bonded to Kendra's soul. Its tools inherited her will and expertise to forge elemental aether into physical items. 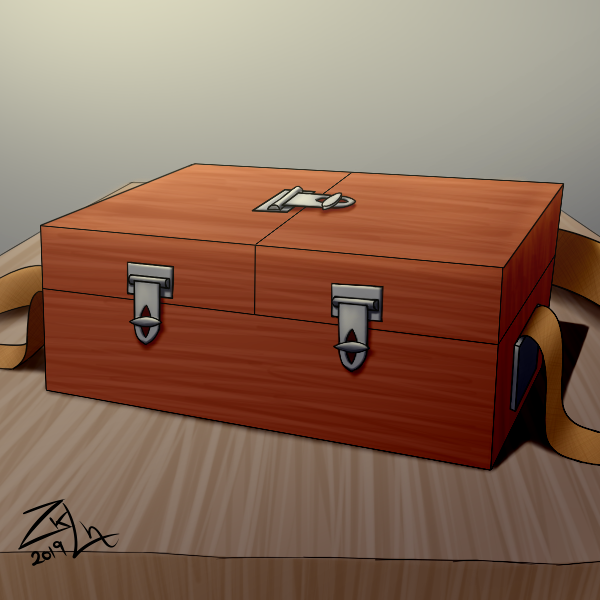 The largest society of workers in Archana, and the main source of wealth for the Kingdom