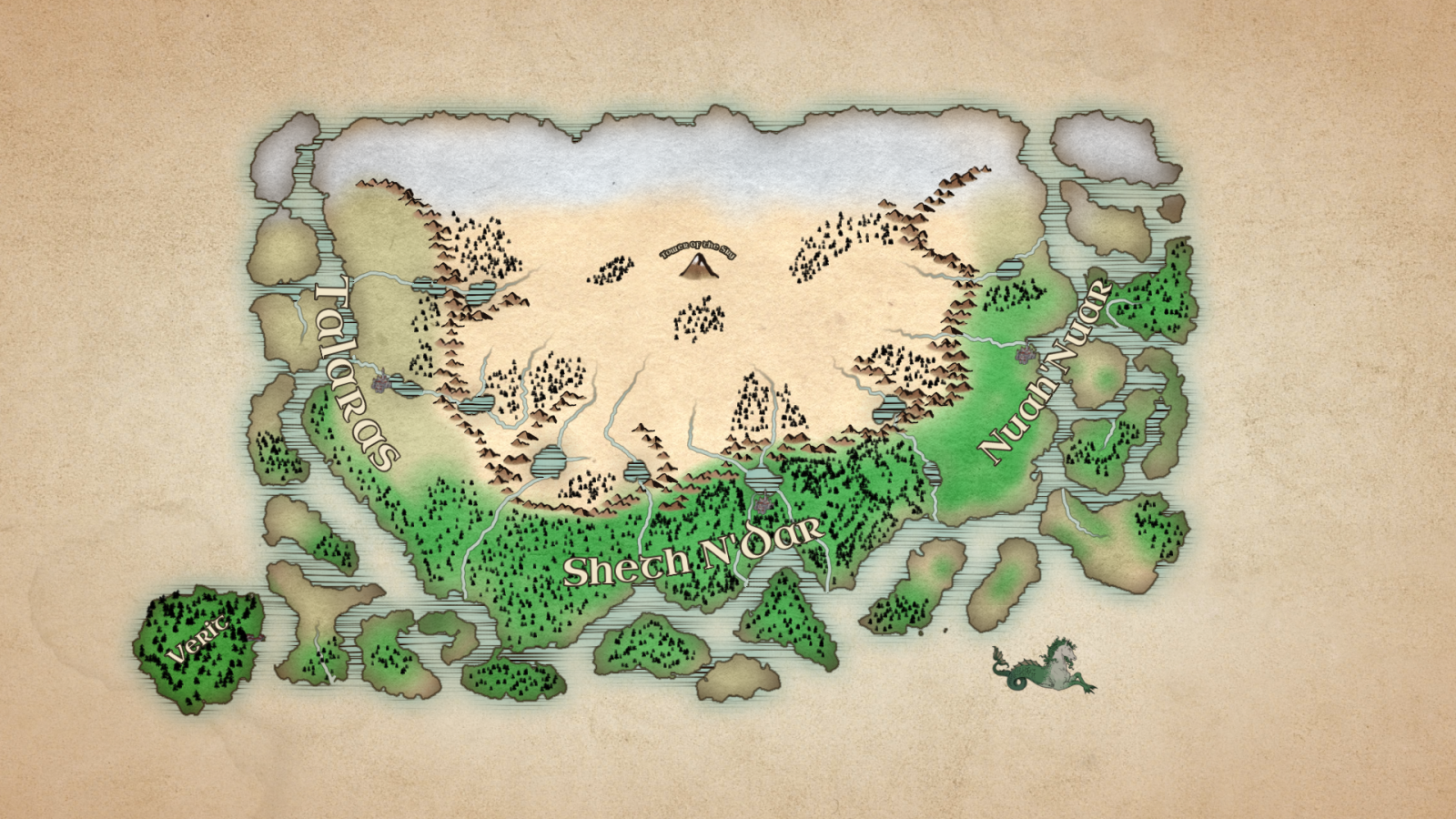 Ma'urwol is the primary continent in which adventures occur in Aeleon.   In current times, there are three great kingdoms. These kingdoms occupy the western, southern and eastern sections of Ma'urwol. The official titles of these three kingdoms are Talaras, Sheth N'Dar, and Nuah'Nuar. However, the majority of the populace simply refer to these as the Western (Talaras), Southern (Sheth N'Dar), and Eastern (Nuah'Nuar) kingdoms.   These great kingdoms are, in turn, bordered by a dozen or so lesser kingdoms. Each of these lesser kingdoms have varying degrees of loyalty to the three great kingdoms.   The interior of the continent is mostly unknown wild lands. While many kingdoms fell during the Great Fall, none of the interior kingdoms are known to have survived. In the time since the Great Fall, few have dared to forge settlements too far into the interior. Most of them are close to the coastal kingdoms. Of these inner settlements, the majority are forged by either orc tribes or dwarven clans. Few settlements beyond the border lands last more than a few years.