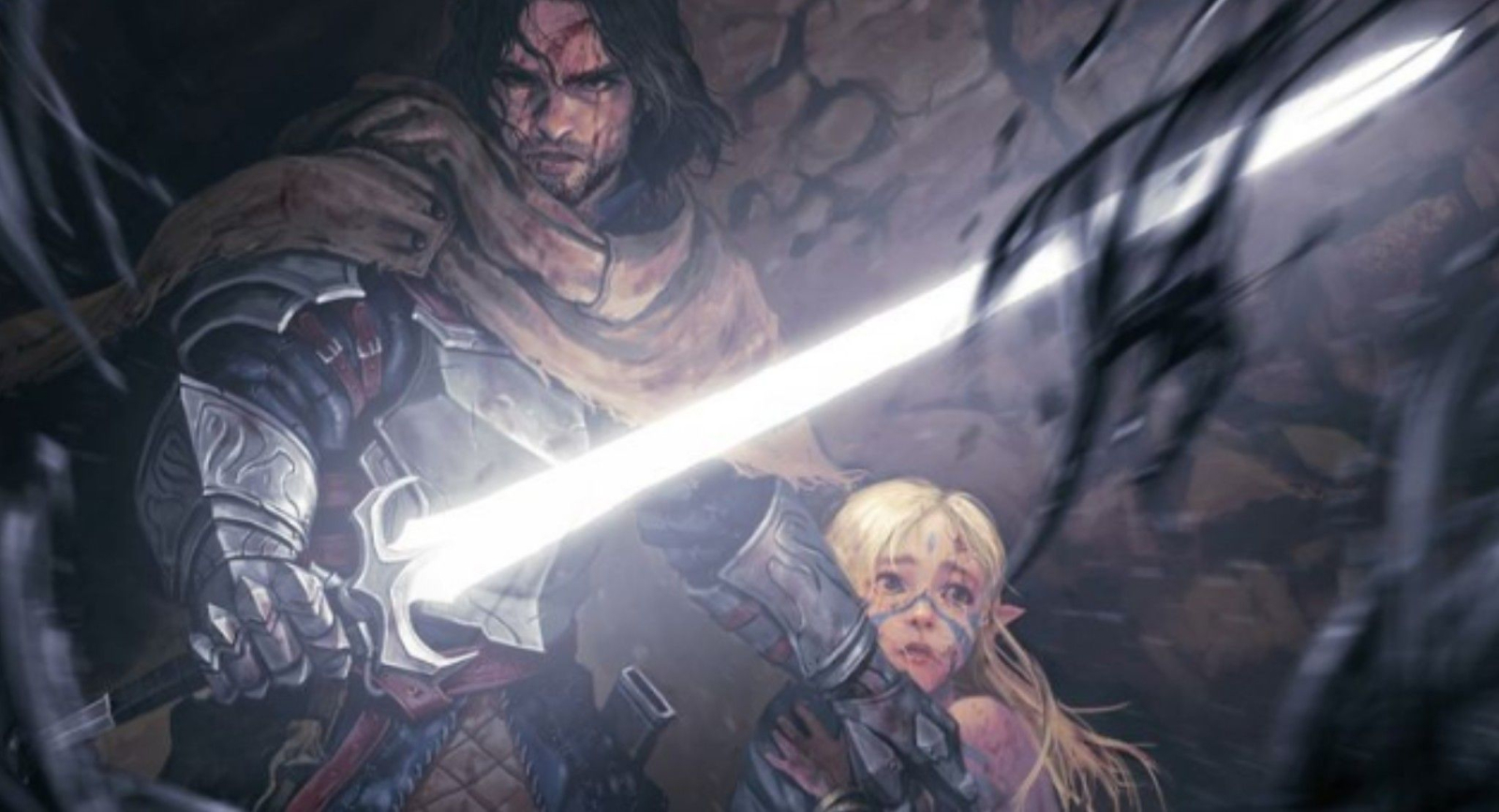 HP/inch As steel;   Hardness As steel;   Special: Like all of the ancestral elvish metals, it takes enchantment very well. It also possesses the inborn power of the sun itself, and contains a searing and often blinding radiance. Daunári is typically only available to elves. Ask your GM for more details.   For Weapons: Weapons and Ammunition made of Daunári automatically deal double damage against all creatures to which sunlight is harmful or unnatural, and deal 2d6 fire damage in addition to their normal damage. Weapons made of Daunári crit on a number one lower than normal. On a threatened critical hit, those hit by this weapon must make a Reflex Save(DC 10 + 1/2 HD + Primary Casting Stat(Default Int)) or be blinded.   For Armor: Armor made of Daunári automatically counters and dispels any darkness spells with a spell level lower than your HD when you enter their radius. At will, it can shine bright out to 80ft and dim light for the next 80ft, and this counts as sunlight for creatures within 10ft of you. This armor prevents the wearer from being blinded while it is worn. Creatures that strike you with a melee attack within your reach take an amount of untyped damage equal to your HD.

Daunári is not sold. It is one of the ancestral secret metals of the Elven people and is never sold even among their own number. Each weapon, ammunition, or armor made of Daunári takes weeks to forge, and are only given out.   It is believed that if any non-elf or any creature not given express permission by the Crown were were known to be carrying any Daunári, the elves would hunt them down and kill them to take back the metal.

Daunári is akin to iron or steel, with the exception of its heat and radiance - it gives off a blinding radiance that sears the flesh of the dead and the unholy, and enough heat to scorch and scar that which it strikes.

The exact location where Daunári is found is not known, as it is a trade secret of the Elven People - it is the sister metal to Mithril, and together they are the metals of the Sun and Moon - so it is assumed that Daunári is found somewhere near or on the world's surface, in view of the sun.

The exact origin of Daunári is unknown, but folk tales tell that it might not even be a special ore - and rather instead might be a special treatment process for mundane steel or iron.

Daunári, just like its sister metal Mithril, is practically untouched by rust and the trappings of time.

Much like Mithril, the history of Daunári is a muddled thing that is by no means clear - many rumors claim it to be actual shards of the sun come down on meteors in ancient times to seed the world with it's radiant beauty, others claim it to be vestiges of an ancient Elven God of the Sun, now long dead and unremembered...while still others claim it was a gift from Guanyong as a weapon against evil.

Daunári's discovery is unknown - the Elves keep it so secret that they are not keen on sharing any details about it.

Daunári is used by the Elven Elite Warriors, their special forces, as one of their chief weapons against the forces of undeath and evil. It is used as the equipment of hyper-elite warriors.

As a metal closely intertwined with the Elven people, Daunári is very culturally significant to them - it is seen as a gift from the gods to the Elven people themselves.

The refining process of Daunári is a cultural secret of the Elves, and is thus wholly unknown.

Daunári is not sold or offered at any market - if it is found at one, the Elves will usually send their special forces to retrieve it and kill those responsible for trying to sell it.

Daunári can be stored as any other metal can, it needs no special storage.

The Elves have laws to protect the use of Daunári and its distribution - laws which see them capture and kill any who dare to take it or attempt to distribute it unlawfully.

The searing metal born from the sun that sears the evil and the dead alike.

The elves of the sprawling forests, wardens of nature eternal.

The smooth, silvery supermetal renowned for its lightness and durability.

The deadly anti-magic material so incredibly powerful it can kill archmages.