Gala was born in to the Kor'thrall family. He is the son of Driana Kor'thrall. His mother had a short relationship with another vampire and got pregnant, only when she told her boyfriend, he left her. Gala's grandparents didn't agree with their daughter but took on the less care of their grandson. He always wondered who his father was. He meet him ones before he went to the Red Tempest Academy, only it was not a meeting he wants to remember. 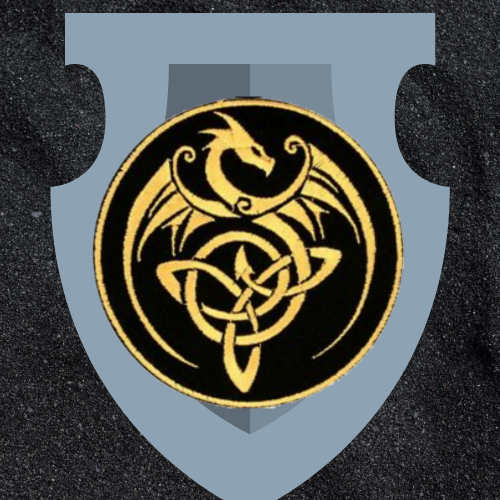 The symbol of the Kor'thrall family is a Celtic Knotted Dragon

Gala doesn't really have a favorite lesson. They are not exciting to him.

Gala is part of the Wiccan club. Although it is not an official club, the school does allow their meetings.

Gala's desk is covered with books of occult and some Witch handbooks. He put a green rope-light up on the door frame and doesn't turn on the main light unless needed. His long black leather trench, embroidered with gems, is hanging on a hook on his door.   In the corner, closest to his bed, he has a drum-kit that he seldom uses. He keeps a hamper of dirty clothes and a pile of clean clothes on the floor. He has drawings of fantasy creatures, mostly dragons, in his desk drawer. Gala rebuilt his wardrobe into a terrarium where he keeps his water banded snake.

Gala got piercings in his ear and in his left eyebrow. He is seldom seen without his black leather briefcase.

Gala studies at the Red Tempest Academy, in the junior year.

Rebuilding his wardrobe into a terrarium.

Gala showers often, but his laundry is less taking care off. So deodorant is his best friend.

Gala has a water banded snake and he likes drawing fantasy creatures.

I like how you are incorporating what are likely the genuine flaws of the people you are basing these on. It makes them very believable. :D