Red is our blood, black is our knowledge.
— Count Dadrick Ventila

Count Dadrick Ventila, a vampire of a noble family, founded this school for the young souls deprived of educational coexistence. He could no longer take it, especially when he became a father himself and his only son had no safe place to learn and grow. Red Tempest Academy is the first night school for the children of the night and has a great reputation for it.

From just a school until a high school:

It just started as a school for all ages, but after the success more schools popped up. Red Tempest Academy became a high school.

Why it is called the Red Tempest Academy:

Special features of the school:

The old Gothic building looks from the outside just as an old mansion, because it was an old mansion. The iron fence that surrounds the perimeter keeps the students inside and unwanted visitors outside. The gate only opens when there is a new student or a student with permission leaves the grounds.

Located just at the entrance of the school, the library is well-equipped with books and computers for students to learn on a closed network. It also has several doors to the classrooms where math and Pisoen are taught. The library has a librarian, Mr. Cleon Crypto. He has a small office at the beginning of the room, in his office hangs a portrait of Count Dadrick Ventila.

It was originally the office of Count Dadrick Ventila, but he passed it on to his successor. None of the students knows what it looks like on the inside, because the Headmaster comes to the student when there is trouble. The teachers also don't know what it looks like until they get a promotion. The role of headmaster is for life. The position is for males and females.

The men's dorms and women's dorms are located in separate buildings, each on the other side of the site. Each student has their own bedroom, and a shared bathroom on each floor. There are special bathrooms for Transgender students. (LGBTQ+ Protocol) The rooms have a bed, a desk and wardrobe. Each student has the freedom to furnish their rooms according to their own taste, as long as the floor and the color on the wall remain intact. There is a communal area on the first floor, where the students can throw parties or study.   Teachers have their own dorm that is located between the boys 'and girls' dorms. The only difference is that these rooms have their own bathroom.

I have 222 vampire students in my care. Velika Lazar you are my first human student.
— Headmeaster Vance Dracul

Both boys and girls have a white t-shirt, with a royal blue jacket with blood-red accents. The school logo is on the right lapel. The ladies have the choice between a skirt and pants. The gentlemen can only wear a skirt with special permission. The rules for this can be found in the LGBTQ + Protocol.   The skirt and pants comes with white socks, which are mandatory to wear underneath. The shoes are made of black leather. Bags can be determined by the students themselves, accessories are also allowed.   The students have to wear these uniforms at all times when they set foot outside the dorms, there are exceptions to this rule. But you can read those in the rules

Everyone has to be who he / she wants to be. Teachers are extra focused on everyone's safety.   This mainly refers to sex between the students, of whatever group. If a man or woman confesses that they are transgender, they are transferred to the other dorm. But with one of the teachers in a room next too it, so they can keep the student who goes through those changes feeling safe. When the student and teacher agrees together, the teachers goes back to their own room.   For the clothing regulations, it is possible for the girls to exchange the skirt with pants.

Thanks to the student council, there has also been a special arrangement that allows boys especially in the trans section to wear skirts.

Unfortunately there are only three dorms, for the safety of the students, the external features are still looked at. Students are allowed to comment on this, but we are looking to improve it. Perhaps with an extension of the teachers' dorm. 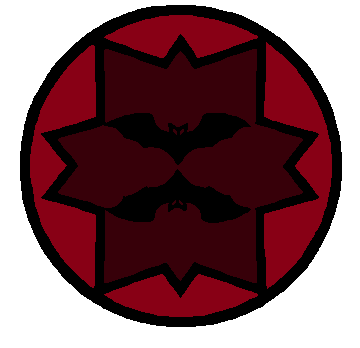