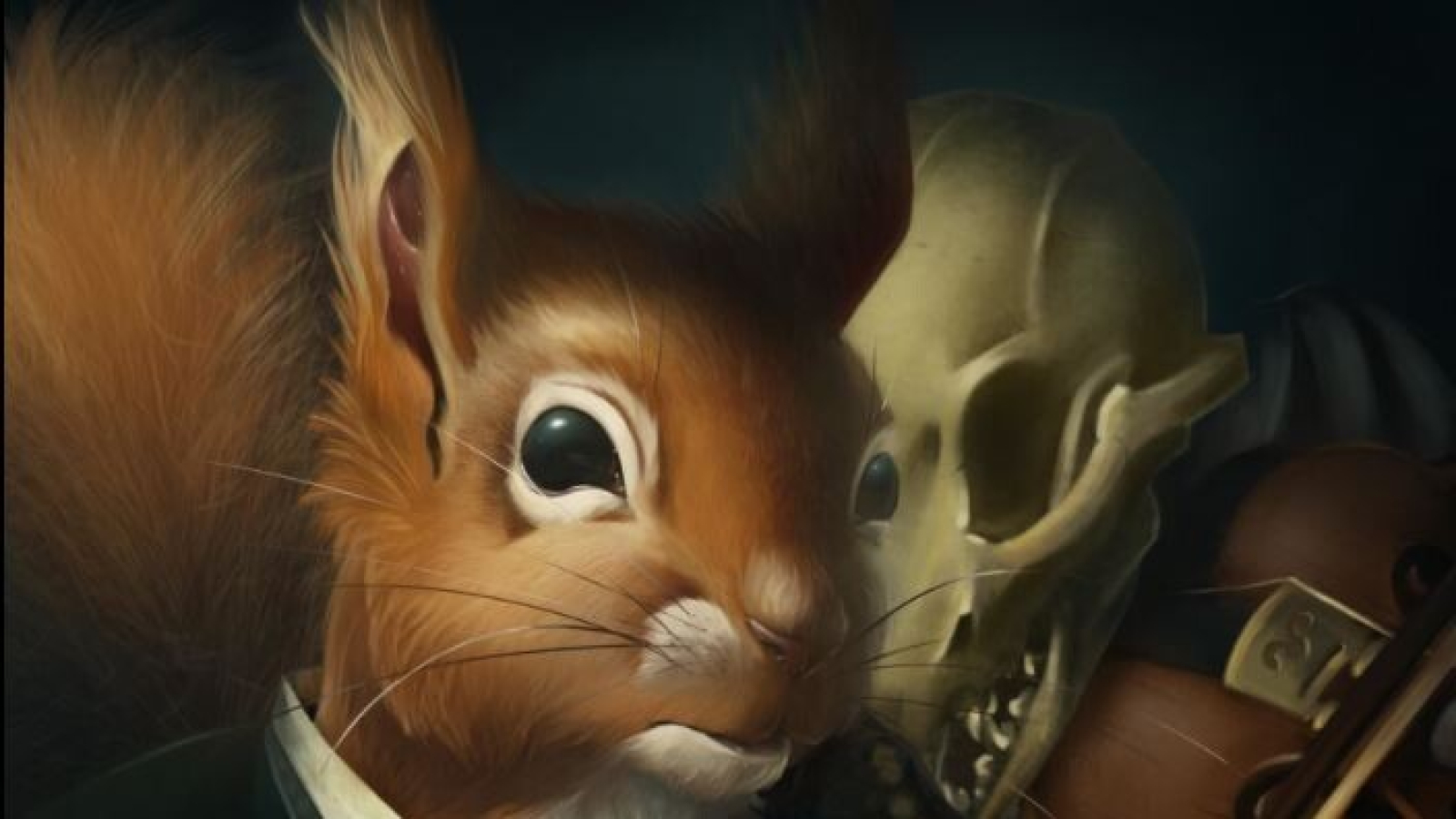 A problem, however, arises when one considers that is this disease is apparently extinct. There are still squirrels running around, yet no one has ever reported the symptoms of this plague. It might be that this story is just a story.

Although, some professionals would stipulate that it might not be the rodents themselves that transmit it, but the tiny mites that live on them and any other creature of the time. It is conceivable that the squirrels may not be the only ones to watch out for.

Within two to seven days since exposure, there would be sudden onset of

No history from the the cloud people ever mentions disease being a factor in the Kean's downfall. But given how much the lionized them, it perhaps shouldn't be surprising they wouldn't record any weaknesses.

However, the tyr and yatei make fun of their attempts to find cures. They tell each other stories of their shaving their furs bald or poured boiling sea water over themselves or how they set fire to their remaining buildings. All in vindication and retribution to centuries of mistreatment.

The plague is credited with being the final blow to the desperate and struggling Kin after the first titanic floods.

Its uncertain if the tuskin, or the humans who served them, were ever infected by the plague.

Blame for being the bearer of this disease typically falls on the common squirrel.

And all because of an old drawing on a cave high up in the mountains.

The only physical evidence of this is an etching of a mouse-like creature with a large spiraling tail depicted scarpering away to an inverted mountain on the hot-walls of a Jump cave. Though this only belatedly reinforces a pre-existing event where the hornkin were presented with a tribute of squirrels from the tuskin.

As Elkin tales go, it is hypothesised that emissaries of the the tuskin presented offerings of stone, molds and many live pets to colonizing hornkin after an unspecified military encounter that the horned ones had won.

The account of the native population knowingly resorting to an underhanded tactic is unverifiable. Regardless, it brings up two extreme feelings of either pride for besting a long running enemy or aggressive denial for conceding that they couldn't win otherwise.

Whether intentional or not, the Keanians were on their last legs before this attempted peace. The first ever tidal wave on what would become a 50-year occurrence in the newly formed Floodlands had devastated the core of their civilization. Tuskin leaders had to have known that they couldn't carry on. The plague eventually spread from the isolated kin settlements in the Garden plot, swept through Mist Valley and was the death nail for what was left at Eeat.   The yatei and tyr tribes of the twin hills also spin tales of releasing swimming vermin or casting others adrift on debris towards Eeat's direction.