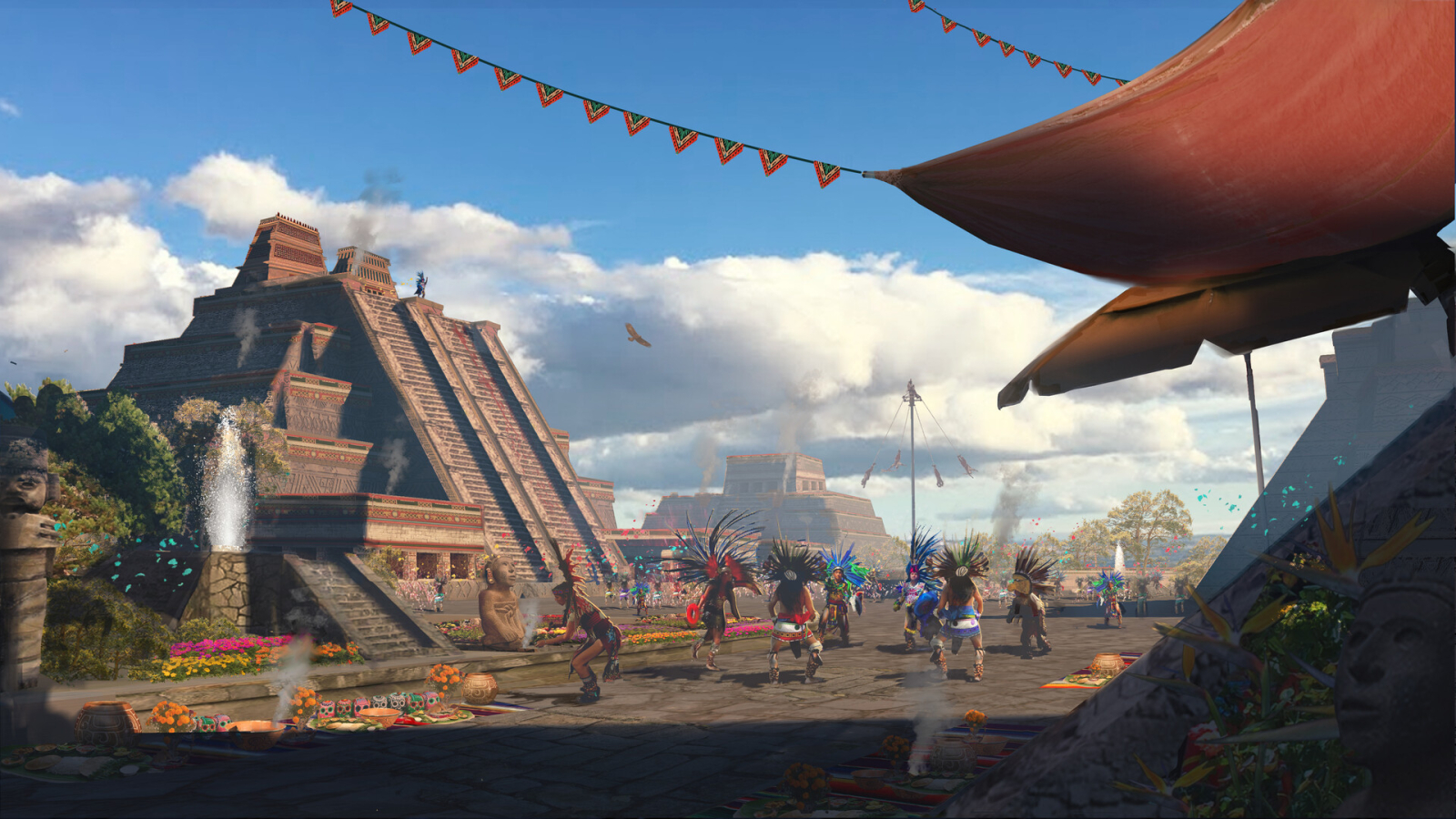 During banquets, men and women are separated, where the men would ritually enact the movements of warriors receiving their atlatl darts and shield. Smoking tubes and flowers went from the left hand of the servant to the right hand of the guest and the plate accompanying the tube went from the right hand to the left hand.   The flowers passed out bore different names depending on how they were handed out; 'sword flowers' went from left hand to hand to left with which they rubbed their head, hands and neck. When eating, guests would hold their individual bowls filled with dipping sauce in the center of the right hand and then dip corn servings with the left. The meal is concluded by serving chocolate in a calabash cup along with a stirring stick.   Women sat around an open courtyard, be it in the rich's private home or public venue. There, they they would eat and drink pozolli, made from the gruel of finely grounded maize, or diluted pulque. As it was the women's task to prepare most meals,

The night party would continue past midnight and some would drink chocolate and eat hallucinogenic mushrooms so that they could tell about their experiences and visions to the other guests. During this time, warriors would dance in the streets with women to publicly display and reinforce relationships.   In addition to the continuation of the Lords feeding the common people; the ruler of the city dances in the streets and distributes gifts to the public. Right before dawn singing commenced and offerings were burned and buried in courtyards to ensure the fortune of the host's children. At dawn, the remaining flowers, smoking tubes and food were given to the old, the poor and the servants to be taken home.

Rather than hoarding the food in case of crop failure, however, it is believed that the proper way to please the gods of vegetation and show their appreciation is to generously distribute their food. In so doing, during Uey Tecuilhuitl, the wealthy people of the city host feasts for the poor which last eight days.

An important aspect of sang tradition is the impersonation of deities. Priests or otherwise specially select individuals who would be dressed up in the likeness of a specific deity. There is one incarnate specific to Uey Tecuilhuitl: Xilonen, but some minor observances are also made to the maize gods.   Xilonen is offered the sacrifice of the woman ixiptla during this month, and various healers would celebrate special rites during this time.

Uey Tecuilhuitl is the name of the eighth month of the solar calendar and it is during which the Huey Tecuilhuitl festivities take place.   These twenty days took place during a time when the food would be running low, and whether or not the people would have enough food to eat for the coming year depended upon the success of crops.    Its ritual is emblematic of the reassurance to be afforded to those less certain of their source of food.