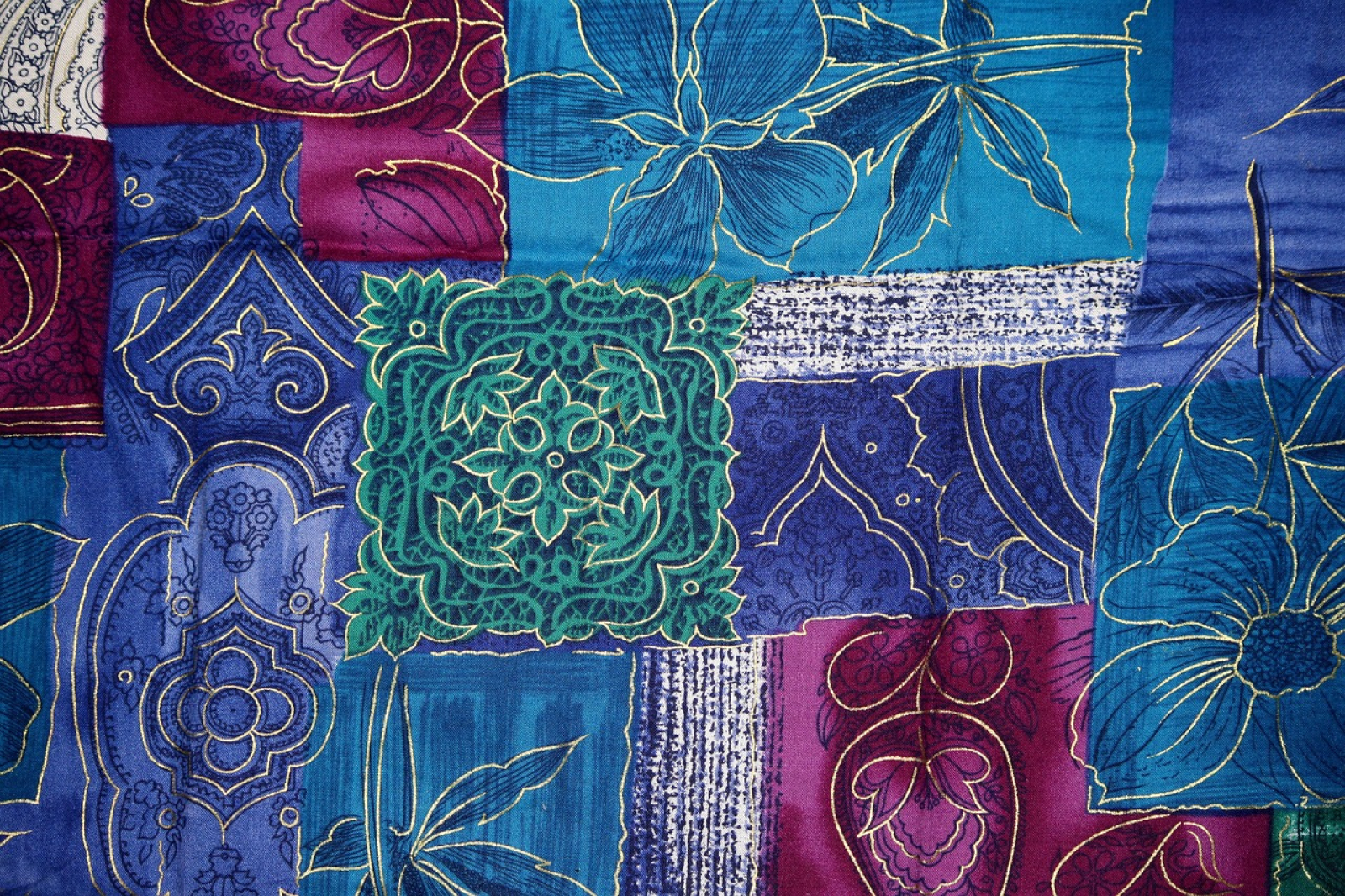 The Peripetasma is a legendary tapestry housed at the Great Library in Ilyrium. The tapestry measures 30 meters by 15 meters (approximately 96 ft x 48 ft) and hangs in the atrium of the Great Library. It is famous not only because of its artistic achievements but of its magical ones as well: it is magicked so that many of the subjects move and interact. Because of its value, it is protected with strong magic to ensure that it can be enjoyed for many generations to come.

The creation of the Peripetasma is largely a mystery, which is unusual for a piece that is so important to a country. 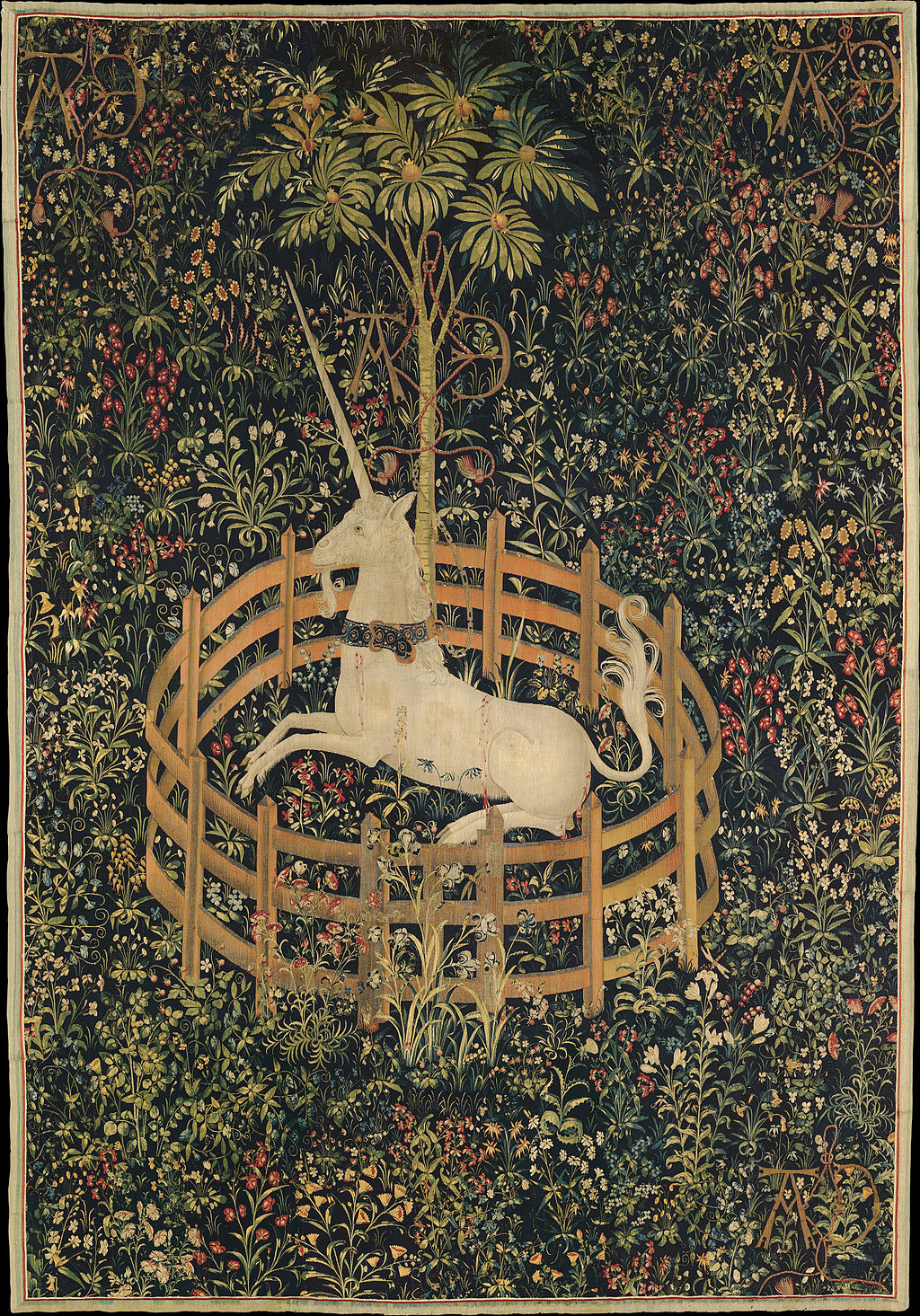 Pars Fauna
Academics have theorized that it was perhaps commissioned by the Council, but the Council has no record of the commission. Additionally, the creator(s) of the tapestry is unclear, although it's likely that only the most powerful witches could have created such a masterpiece. Many academics have sought to find the origin of the tapestry, but its first recorded mention makes it clear that the tapestry had already been extant for some years prior.

The Peripetasma is actually made up of seven individual panels sewn together to create the massive tapestry. As with some large tapestries, the panels were constructed separately and then sewn together as the final step.

The tapestry is famous for its style; although it appears to have been created at the same time, the styles differ widely. Unusually, the tapestry seems to reflect several various human tapestry styles; at the time, it's likely that the witches took great inspiration from their human counterparts. Much of the tapestry reflects the style of the Middle Ages, although some of the tapestry is done in the style of ancient Rome. Its eclectic styling is another reason for the Peripetasma's fame.

There are seven main panels of the Peripetasma.

Along the bottom border of the tapestry is written "Pro omnibus maleficiis huius regionis semper meminerimus," which translates to "For all witches of this country, may we always remember." The rest of the phrase has been removed, and the speculation of what the witches of UBH should remember is lost to history. 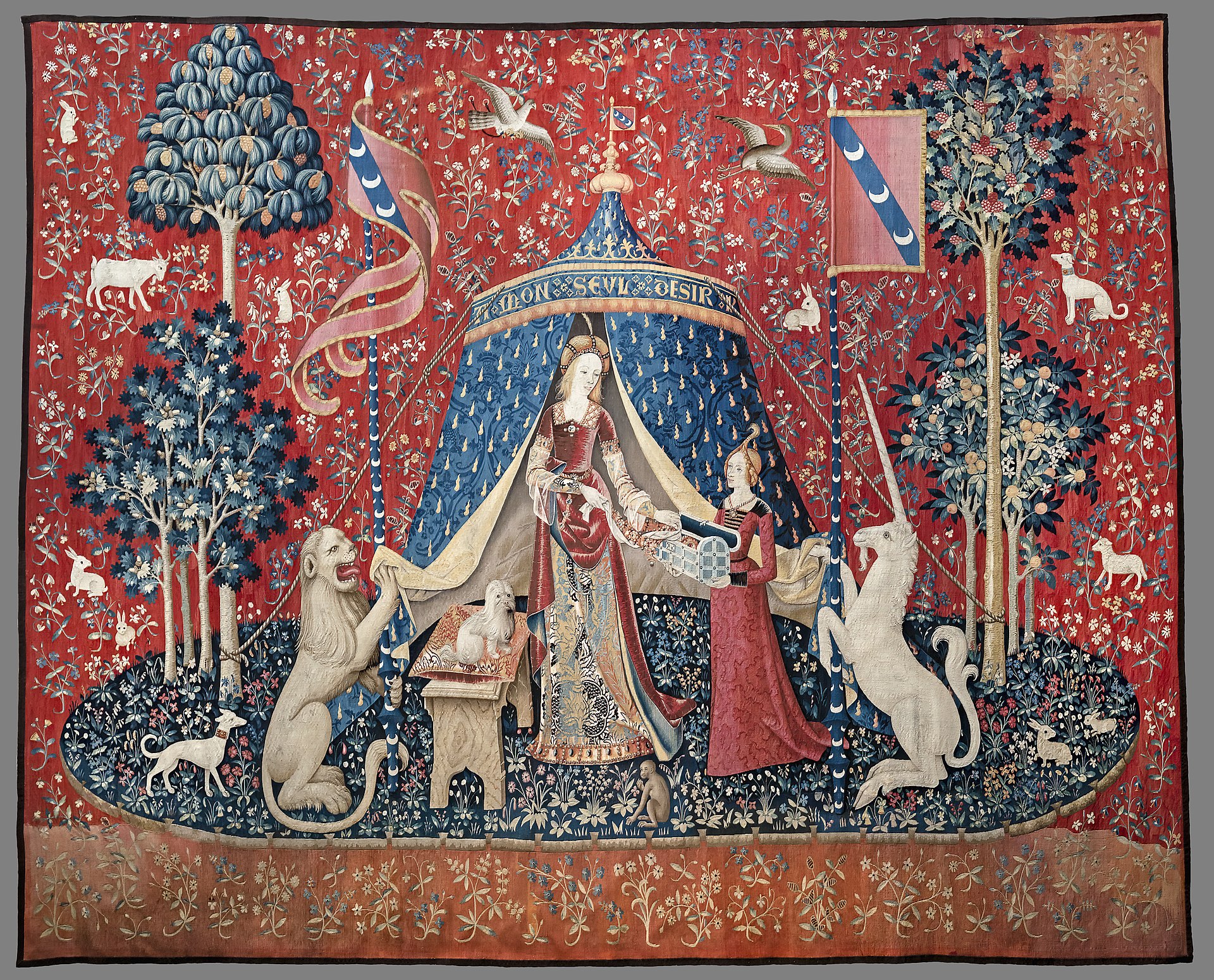 Pars Magicae by Didier Descouens
The Peripetasma is one of the most important pieces of art to witches of United Britannia and Hibernia. It is obviously an artistic marvel; not only is the detail extraordinary, but the magic needed to animate the art so precisely is an incredible feat.   However, it's not only an artistic achievement but a cultural one as well: it is a symbol that unites all witches of UBH. Because the tapestry includes history, mythology, flora/fauna, and magic, it represents, in many witches' minds, an accurate summation of their culture. In fact, it would be inconceivable to the witches of UBH for a witch to not know, in detail, about this tapestry.

The Peripetasma is one of the supreme artistic achievements of United Britannia and Hibernia. The sheer amount of craftmanship and magic that went into the tapestry's creation is unparalleled. Its enduring survival over the centuries only serves to prove its importance in our country.
--Librarian Sophie Caine in her 1863 book Peripetasma: Art Incarnate

The Beast of the Moors

The Devil of Devil's Moor

**Won Best Worldbuilding in Kefkejaco's unofficial challenge!**   Thanks to Kefkejaco for hosting this flash challenge! I've always wanted to flesh this idea out, so it gave me a great opportunity to do so!   I got a lot of information on tapestries from here and used this article as a basis for this one.   Just as a matter of interest, I really had no idea how cool tapestries are. I had a lot of fun reading about various tapestries and their histories, and now I have a few more museum pieces to add to my to-see list (that's already too long, but that's the fun, right?).   Also, as per usual, I have ZERO experience with Latin, so all of the Latin here is courtesy of Google Translate. If anyone has corrections, please feel free to let me know! (I swear I'm going to Duolingo it when I'm more confident in the language I'm learning now.)

Great article! This tapestry is well thought out and I especially liked that you even described each part of it in detail. Also the mystery surrounding it is very interesting, no one knowing when it was made or by whom. And of course the fact that it is not just a beautiful tapestry but also has moving figures is a nice touch.   ""For all witches of this country, may we always remember." The rest of the phrase has been removed, and the speculation of what the witches of UBH should remember is lost to history. " : that was a fun addition I can imagine how angry those who made would be if they saw it in current times :p

Thanks so much! I love mysteries regarding art, so I thought I'd throw in a few here, too. (Just don't tell I'm not sure what it's referring to yet!) :) But I'm so glad I ran across your challenge because I have a placeholder in my manuscript of [DESCRIBE TAPESTRY HERE] and just hadn't gotten around to it, so it was both fun and useful!