The youngest nation in Turoza, Korinthos is an incredibly secretive nation, where only those with an incredibly good reason allowed entry within its border. The area that is now Korinthos was originally part of the Kingdom of Reinhart, and had, like the rest of the Kingdom fractured into separate micro-nations following the death of Wulf XIII. Around the year 450S.E., the baronies that were located on the Isthmus of Xana began to suffer from raids launched from across the Estrill Ocean by highly organised and ruthless forces of Hobgoblins, who originated from Atenos on the eastern continent of Tafran. Having been worn down over decades by regular raids up and down the coast of the Isthmus, the baronies in the region were completely unprepared when in 491S.E. the Great Settlement Fleet appeared on the horizon and landed, with the Hobgoblins’ intention this time to stay.   The Legions that were carried to Turoza by Fleet, began a crippling, lightening quick campaign of conquest all along the length of the Isthmus of Xana, led by their commander, Aristarchos the Grim. After less than a year, Aristarchos had subjugated the whole area of the Isthmus of Xana, and up to the foothills of the Felsspitze Mountains to the north. In the early months of 492S.E., Hobgoblin envoys arrived at the courts of every nation in Turoza, and declared that the territory conquered by the Great Settlement Fleet had been claimed as Hobgoblin territory and was declared as the nation of Korinthos.   Although Korinthos was originally a colony of Atenos, its rapid success, along with an escalation of tension and conflict back in Tafran meant that Atenos began to become overstretched, and deemed itself no longer able to effectively support the Turozan colony. In 547S.E., Korinthos was declared to be a fully autonomous Sister-state of Atenos, with whom they still maintain close diplomatic and mercantile relations.   Since its founding, none of the other nations of Turoza have overtly entered into a formal diplomatic relationship with Korinthos, with each fearing that an overtone of friendship to this new and warlike nation might lead to retaliations from their neighbours. Behind closed doors, the neighbouring micro-nations of the The Mountain Principalities have made overtures to Korinthos. This is partly in an attempt to ensure their own survival; following the demise of the baronies that used to inhabit the Isthmus of Xana, partly to try to gain aid against the other micro-nations they compete against. Rumours have also begun to circulate that the Emirate of Taqwal is beginning to trade with Korinthos, and have made overtones of friendship towards them, with the goal of learning more about the Hobgoblin’s ship building prowess, especially with regard to Ocean-going Vessels. In addition, whispers are beginning to creep out of the The Union of Mishtoon that Korinthos is actively exploring the Underdark beneath the surface of the world, and that they have already made friendly overtures to some of its foul denizens.   Overall, however, Korinthos is incredibly secretive as a state, and the only Hobgoblins that the majority of the inhabitants of Turoza are likely to encounter are those who have been despatched from Korinthos on official business. There are rumours, that Korinthos has a large network of spies and agents that is stretched all over the continent, but no-one has been able to conclusively prove this yet.

Korinthos is run as an oligarchy, with the Council of 100 deciding and running affairs for the rest of the nation. This council appoints the Marshall, who acts as a figurehead for the nation, and who is given the mandate to lead Korinthos' Legions in war.   The Marshall, despite their position, does report into the Council of 100, which does not itself have an official lead. However, the tight factions and abundance of political intrigue that surround its activities mean that a single individual can easily gather a large number of votes behind them through bribery and coercion.   The Council of 100 dictates policy to the huge civil service that operates out of the Capital, Scapoli, who them implement policy throughout the rest of the country.

The area that Korinthos now controls, the Isthmus of Xana was once known as the breadbasket of Reinhart, as it is an incredibly fertile strip of land that is ideal for arable farming. This is still the case, and a huge amount of the available land in the north of Korinthos is given over to the farming of crops to feed the Legionnaires and Auxiliary troops. The south of Korinthos is mostly given over to pasture for cattle and sheep, as well as several large areas of heavily managed woodlands, to provide lumber for Korinthos’ military activities. The hills that lie in the south central area of the Isthmus of Xana harbour lucrative veins of iron and other metals and minerals useful to the Korinthian war machine.   Unlike the other nations of Turoza, Korinthos actively participates in trade across the Estrill Ocean with the continent of Tafran beyond. Korinthos has perfected their design for oceangoing ships, which gives them the confidence to regularly take to the waves of the Estrill Ocean, and sail far away from the coast of Turoza. Unfortunately for them, the frosty diplomatic relationship that the other nations of Turoza maintain with Korinthos means that they have little knowledge of what commodities the Korinthians are shuttling back and forth, or who they are trading with across the Estrill Ocean.

The majority population of Korinthos is made up of Hobgoblins, who all originated from the continent of Tafran to the east of Turoza. Because of Hobgoblins close genetic link to other goblinoids, a large number of Goblins and Bugbears have flocked to the region, to offer their services to the Korinthians as auxiliary troops and additional labour. These races are rarely to be found living openly in the other nations and settlements of Ulskandar, but are treated with some respect in Korinthos, and Bugbears are especially welcome due to their large size and natural inclination for stealth.   There are few non-goblinoid folk living in Korinthos, and those that do are often exiles or criminals who have fled from other nations to seek refuge in Korinthos. They are often treated with suspicion by the Korinthians, and non-goblinoids in Korinthos will regularly find themselves being tailed by agents, to ensure that they have not entered Korinthos under false pretences to spy on the Hobgoblin Kingdom.

Korinthos is a highly militaristic society with an incredibly large standing army, with its Hobgoblin warriors divided into Legions, often supported by a force of Auxiliaries accompanying each legion, comprised of Goblins and Bugbears who act as skirmishers and reconnaissance units for the Legion. Each Legion has around 1,800 troops operating as part of the unit, with 1,000 forming the Legion’s core force of foot soldiers, 400 archers, 300 cavalry, who can be mounted on a variety of mounts including horses and wargs. The final hundred individuals in the Legion being comprised of the officers staff, a small corps of engineers and spell casters, and support staff.   It is unknown to the other nations of Turoza how many Legions Korinthos has at it’s disposal, but the ruthless efficiency with which each Korinthian Legion operates makes a encountering a single one incredibly challenging. The other nations of Turoza are rightly fearful of Korinthos’ military potential, and all of the nations that border its territory have begun to bolster their own defences in the region, lest Korinthos launches another campaign to expand its territory. Korinthos’ navy is also rightly feared, as its large oceangoing vessels allowed them to strike from the open ocean at the coast of Turoza before they landed to claim land for themselves. 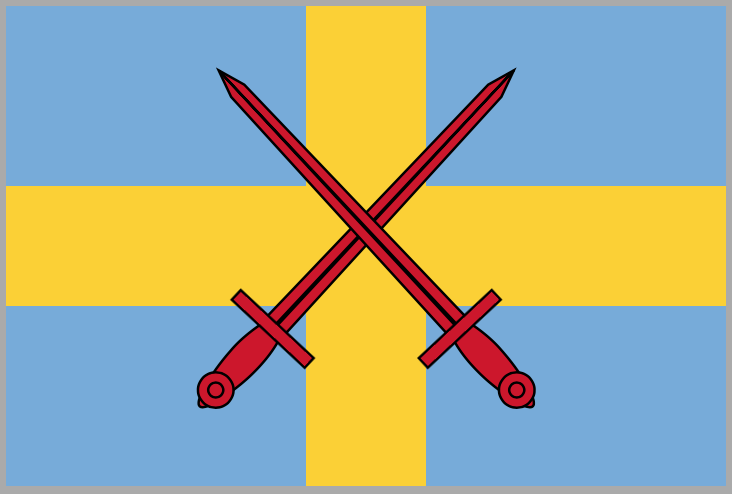