A great Marquis of Hell in command of twenty legions of flame-winged demons. Phoenix is a gentle soul who is deluded into believing that she will return to Heaven after one thousand and two hundred years of penance. It is this prideful aspiration which is her greatest sin.   Summoners who call upon Phenex are subjected to her beautiful voice, which entrances all those who hear it. If asked to stop by another, however, she will obey. For this reason, it is imperative that she never be summoned alone. Once she has formed a contract with the summoner, Phoenix is obedient and eager to share her powers in science and the arts; particularly music.   Although summoned by Tōdaisen Nobuhara, Phenex later took up residence with Matsumoto Ooawagaeri aboard his flying galleon. She has served the Black Blade faithfully, but often expresses a worryingly persistent desire to visit some of Earth's places of worship for undisclosed reasons. 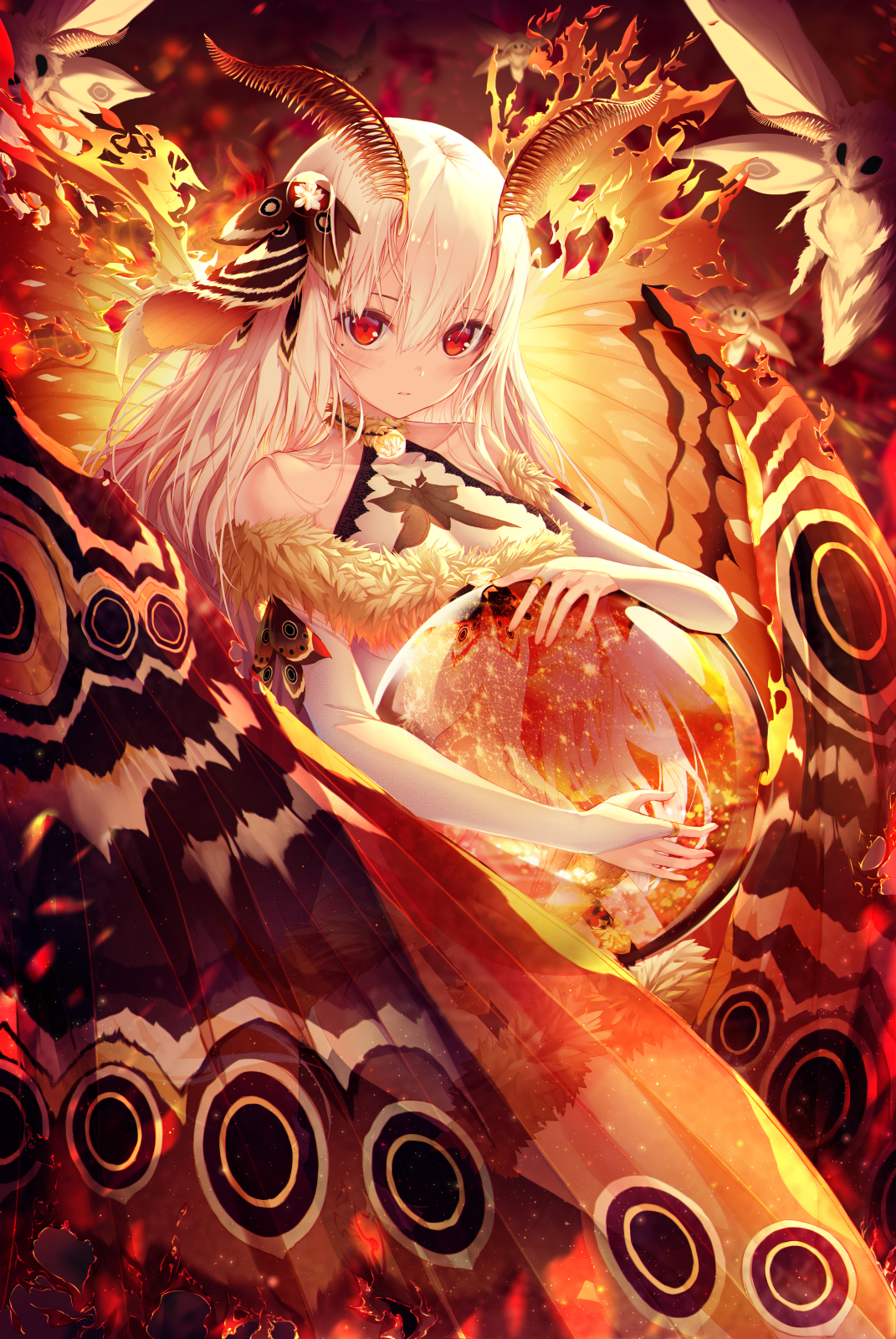